As expected, Stamford, Conn.-based Cenveo announced its emergence from bankruptcy recently as the final step following the approval of its amended Chapter 11 reorganization plan by the U.S. Bankruptcy Court for the Southern District of New York. The once publicly held manufacturer of envelopes, commercial printing, custom labels and publishing solutions - now called Cenveo Worldwide Ltd. - exited bankruptcy protection as a privately held company, with its largest shareholders comprising institutional investors and the Burton family remaining in charge of running the organization.

In its Chapter 11 bankruptcy exit announcement, Cenveo touted how it has emerged "with one of the strongest balance sheets in the industry" as a result of strengthening its financial position and operational flexibility, including:

“With a significant reduction of debt and increased financial flexibility, Cenveo will be able to invest in growing our core businesses and continue our focus on delivering high-quality products," proclaimed Robert G. Burton Jr., who has now assumed the CEO role, with his younger brother, Michael Burton, moving into the president position. (Burton Jr. also sent out an open letter to industry "partners" announcing the emergence from bankruptcy that can be read by clicking here.)

Fairness of US Bankruptcy Protection Laws 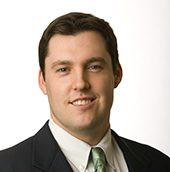 The irony - which is more of a personal statement about the bankruptcy laws within our U.S. judicial system - is that a company is able to wipe away more than $800 million in debt, largely at the expense of its shareholders and other unsecured creditors, including the industry suppliers that had issued credit for goods and services. And, in the case of Cenveo, the Burton family continues to run the company in the aftermath, despite the excessive debt it accrued during the past several years largely as a result of high-priced M&A acquisitions and reports of excessive compensation paid to Burton family leaders. (In fairness, Cenveo's aggressive M&A activity and resultant debt also dates back to predecessor leaderships when it was called Mail-Well.)

It also raises an ethical business question, for me anyway, about the unfairness of Cenveo now being able to compete in the marketplace against publicly held printing concerns the likes of RR Donnelley and Quad/Graphics, as well as numerous privately held competitors, and conducting business-as-usual, but with a highly de-leveraged balance sheet. On the other hand, that is how our Chapter 11 reorganization laws work so, in the end, Cenveo just took advantage of the legal process afforded to it.

The bankruptcy exit also marks the official end of the 12-year run at Cenveo for Robert Burton Sr., who announced earlier this year that he would then step down from his chairman and CEO role, but would remain as an advisor until the end of 2018 and still be a major shareholder. Several reports indicated that Burton Sr. had stepped away from day-to-day involvement with the company quite some time ago, but this marks his official departure.

Another one of the knocks against Cenveo during its Chapter 11 reorganization was that its board makeup lacked independence and strong corporate governance. The board of directors had consisted of Robert Burton Sr., Robert "Rob" Burton Jr., as well as various directors who were called into question both from the standpoint of their qualifications and their ties to Burton Sr. For example, University of Connecticut President Susan Herbst was a board member whose institution has received millions of dollars in donations from Burton Sr., including funding to construct the on-campus Burton Family Football Complex, which serves as the home field for UConn's football team. Another board member was Mark Griffin, founding headmaster of a boarding and day school in Greenwich, Conn., for children with learning disabilities. Burton Sr. had served as a member of of the school's board and had donated money to fund new housing and an athletic field. 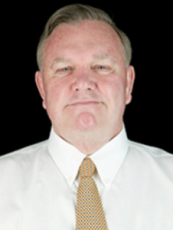 Robert G. Burton Sr. has now stepped down, but remains as an advisor and major shareholder.

Cenveo Appears to Now Have More Qualified Board of Directors

So, it was a move in the right direction to see that, in conjunction with the bankruptcy exit, Cenveo also announced the formation of a new board of directors, comprised of Rob Burton and four new directors. They include James Continenza (who now serves as board chairman), CEO of Vivial;  Matthew Espe, retired CEO of Radial 2; Frank Sklarsky, retired executive VP, CFO and member of the Executive & Operating Committee at PPG Industries; and Thomas Oliva, retired senior VP, Business Ink. Oliva has a strong printing background and past business relationships with Burton Sr., having formerly served as Cenveo president and a member of the board from 2005 to 2008, as president of Moore Wallace from 2000 to 2004, and as group president at World Color from 1994 to 2000.

Rob Burton concluded the announcement about Cenveo's Chapter 11 exit by thanking employees who remained with the company, “To the entire Cenveo team, you have my sincerest thanks and gratitude. Throughout this process you have all demonstrated what commitment stands for and, with your hard work and dedication, we are emerging in a position to grow and strengthen our company. Mike [his brother] and I, and the entire Cenveo management team are honored to lead our team as we work together to take Cenveo to the next level.”

Cenveo's remaining workers employed across its network of production facilities undoubtedly hope that proves to be the case.