Cenveo won't be printing and mailing the 2020 U.S. Census materials for the Government Publishing Office (GPO) after all. Despite initially being awarded the $61 million GPO contract in October 2017, Cenveo filed a motion July 19, 2018, with the U.S. Bankruptcy Court for the Southern District of New York - which is overseeing its Chapter 11 reorganization - to approve a joint agreement it has reached with the U.S. Department of Justice and the GPO to sever the contract.

A bankruptcy court judge ruled favorably on the motion July 26, marking one more step forward as part of Cenveo’s stated goal to exit from Chapter 11 bankruptcy protection sometime this summer.

The winning bid that the Washington-based GPO had awarded last year was for Cenveo to produce and mail U.S. Census questionnaires in English and Spanish, letters, inserts, postcards and envelopes.

According to the court motion filing, the Department of Justice decided to end the GPO's Census contract with Cenveo, largely over concerns about its "projected liquidity and any impact it would have with respect to the Census contract." To avoid litigating a contested termination of the agreement, the two sides reached a settlement. It includes a $5.5 million cash payment from the U.S. Census Bureau to Cenveo as consideration for the consensual termination, as well as payment to it for all properly invoiced work that has been completed. As part of the pact, Cenveo has also agreed to destroy or sanitize any confidential data that it had received in connection with the Census job.

In addition, the Census agreement does not impact any other GPO procurement jobs that have been awarded and are being completed by Cenveo.

A GPO spokesperson also told Printing Impressions that the agency will be working on a new procurement during the next few months to cover the remaining printing and distribution requirements for the 2020 U.S. Census. 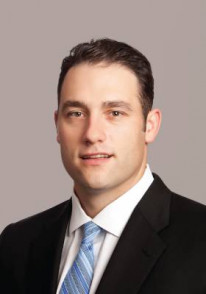 When the contract was initially awarded to Stamford, Conn.-based Cenveo, COO Michael Burton, noted, "The U.S. Census is one of the world’s largest print and fulfillment programs dating back to 1790. Today, this job requires more than paper and a printing press. You need a proven partner with extensive market knowledge, manufacturing and fulfillment expertise to navigate and execute the program. We are honored to be awarded this important program that touches every American household.”

Nearly 10,000 companies are registered to do business with the agency. GPO's relationship with the private sector dates back to the 1940s.