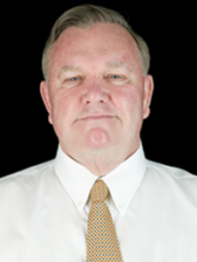 When Cenveo Inc. announced last month that it has reached a revised Chapter 11 plan of reorganization settlement agreement with a majority of its creditors - a key step in clearing the path for the mega-printer to emerge from bankruptcy protection this summer - Cenveo also announced that its chairman and CEO, Robert G. Burton Sr., will step down following its exit from bankruptcy. He will remain an advisor until the end of the year and as a major shareholder. His departure will end a chapter for one of our industry’s most controversial figures. But it won’t end the Burton family legacy at Cenveo; despite going through a bankruptcy under their watch, his two sons will maintain control of the company.

The elder Burton will be succeeded by Robert G. Burton Jr., current president, who will become CEO, and by Michael Burton, who will be promoted from COO to president. 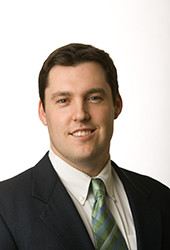 Prior to initially filing for Chapter 11 on Feb. 2, liabilities for the Stamford, Conn.-based Cenveo included about $1.1 billion in funded debt. Upon emergence from bankruptcy as early as the end of July, funded debt will be reduced to less than $400 million.

As part of the reorganization plan, current and past Cenveo directors and officers - including members and the estates of the controlling Burton family - are released from any legal actions; and a court-appointed examiner has ended its inquiry into previous claims of insider dealings.

The call for an investigation by an independent examiner had originally been led by its largest second-lien creditor, Brigade Capital Management, which filed a motion on Feb. 12 claiming “insider dealing-making” by the controlling Cenveo officers and directors.

At the time, Brigade Capital’s petition chastised what it described as exorbitant benefits for controlling Burton family members, such as enabling management to own a 12% stake in Cenveo following the restructuring; a lack of truly independent Cenveo board members; and a restructuring deal forged between Cenveo and its first-lien lenders that is said provided virtually no financial recovery to second-lien note holders or to unsecured creditors.

Brigade Capital also pointed out the close ties between the Burtons and Cenveo board of director members - such as with University of Connecticut President Susan Herbst, whose institution has received millions in donations from Robert Burton Sr., including funding to construct its on-campus football complex.

According to the Brigade investigation, Robert Burton Sr. and his two sons received approximately $80 million of disclosed compensation between 2005 and 2016 alone.

In addition, analyst Thad McIlroy notes how Cenveo’s board approved a new executive compensation plan and retention bonuses last December, prior to the bankruptcy. “Covering the three Burton family members and three other Cenveo executives, the plan includes up to 125% in bonuses for reaching certain (unspecified) sales targets, plus a nifty 40-60% immediate cash payment based on their current annual base salary,” McIlroy wrote.

He calculated that the Cenveo board awarded the Burton family $2.8 million while, at the same time, they were contemplating a Chapter 11 filing. “My [Cenveo] files cover mergers, acquisitions, hostile takeovers, leveraged debt, hirings, firings and more. To understand the Burton Sr. story is to weave a path back to his earlier career stops at Kohlberg Kravis Roberts (KKR), Moore, World Color Press and more.”

In the end, Burton’s legacy at Cenveo will remain clouded in controversy over his hostile takeover in 2005 of the former Mail-Well; subsequent M&A deals that led to unsustainable debt; excessive executive compensation; and poor corporate governance of a publicly held firm controlled by the iron-fisted Burton and a “rubber-stamp” board of directors.

Intelligent Printing for the Future