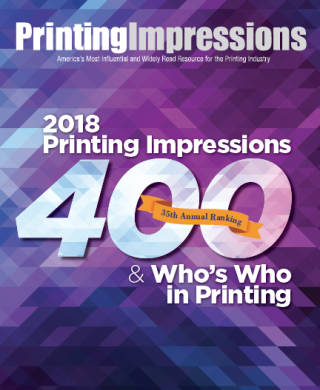 Milestone achievements can be noteworthy, especially when they reflect staying power over very long periods of time, despite an ever-changing world. Printing Impressions proudly celebrated its 60th anniversary this past June — and publishing the 2018 Printing Impressions 400 marks the 35th consecutive year our publication has been compiling this list of the largest printing companies in the U.S. and Canada ranked by annual sales. The venerable list serves as a barometer of the current state and future direction of the printing industry in general, and as a scorecard for the leading establishments that made the cut.

And nowhere is that more apparent than the primarily publicly-held companies appearing at the top of the 2018 list. Among them are RR Donnelley, LSC Communications and Donnelley Financial Solutions, which became three separate companies following the breakup of RR Donnelley in 2016. Despite the decoupling, RR Donnelley remains No. 1 on our list — but perhaps not for long. 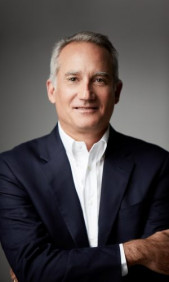 Cenveo Enterprises, the new name for Cenveo Inc., reported the largest year-over-year sales decrease, undoubtedly the fallout of its Chapter 11 bankruptcy filing and subsequent re-emergence as a privately-held company. The Cenveo bankruptcy also illustrated the most extreme example of just how highly leveraged today’s largest printing conglomerates are. 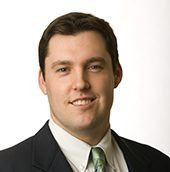 Robert "Rob" Burton Jr. is now CEO of Cenveo following its exit from Chapter 11 and the retirement of his father.

New to this year’s rankings is Taylor Corp., a huge industry player that maintains a low profile. Despite keeping its annual sales figures proprietary, we ranked Taylor based on Forbes Magazine’s revenue calculation as part of Taylor’s inclusion on Forbes’ list of the largest privately-held companies in America.

The 2018 Printing Impressions 400 isn’t just about the largest firms, though. In reality, it comprises the independent and family-owned businesses that serve as the true core of the printing industry. As an overall observation, however, the pyramid that comprises this year’s ranking has flattened somewhat — with the perennial market leaders still at the pinnacle, and more firms with annual sales of $15 million and below replacing what appears to be a shrinking number of mid-size firms.

Also noteworthy is the wider range of products and services being offered across the board by the entities on this year’s list. These comprise value-added services that are being offered beyond print to drive revenue streams, such as mailing, fulfillment and warehousing, as well as creative, Web design, database and asset management, and promotional products, among several others.

This convergence trend was the key driver that led to the metamorphosis of the former SGIA exhibition into the launch of the all-encompassing PRINTING United show, which will be held Oct. 23-25, 2019, in Dallas. The inaugural event will bring together all segments of the printing industry — from commercial and packaging to graphics and signage — to provide a comprehensive view of all of the components of integrated solutions.

A big thank you is in order to all of the companies that participated in providing information needed for the compilation of the 2018 Printing Impressions 400. It’s hard to believe that I’ve been involved with the publication of all 35 annual rankings. Several of the companies appearing on the lists may have changed over time, but the strong sense of community persists.

Click here to download the complete 2018 Printing Impressions 400 list of the largest printers in the U.S. and Canada ranked by annual sales, as well as rankings of the Top 5 printers in the book, catalog, direct mail and publication printing market segments.