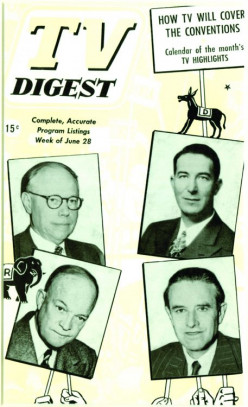 At age 12, Irvin “Irv” J. Borowsky acquired a Kelsey hand press through the mail after seeing an ad in Popular Mechanics, which launched his love for the art of printing. The youngest of nine children, he started his own printing operation at age 14 following the death of his father. That led to attending printing school and establishing his own distributorship. The entrepreneurial Borowsky also foresaw how television, then still in its infancy, would change the world of communications, so in 1948 he launched and published a weekly television magazine for the local Philadelphia market called TV Digest to help keep his presses busy.

He would go on to sell it to Walter Annenberg, who turned it and a handful of similar regional listings guides into the iconic national publication called TV Guide. (Annenberg’s Triangle Publications, in turn, was sold for $3 billion to Rupert Murdoch of News Corp. in 1988 — at the time, the most expensive transaction for a publication ever made.)

Borowsky used the proceeds from selling TV Digest and revenues from his printing machinery firm to found North American Publishing Co. in early 1958, and then to launch Printing Impressions as a national tabloid newspaper 60 years ago this month.

Entering a field of about a dozen already well-established publications covering the commercial printing industry, Borowsky was undaunted. With his strong roots as a printer, he felt none of them effectively focused on managing a successful printing operation. Today, with Printing Impressions pretty much the last man standing in a once-crowded field, Borowsky’s keen business acumen on serving the needs of printers has been validated.

That same vision and drive led him to build a thriving primarily trade magazine publishing company around it. Aside from publishing sister titles to Printing Impressions covering the packaging and in-plant printing segments, he launched or acquired titles serving the direct marketing, retail, consumer electronics, publishing and promotional products markets. 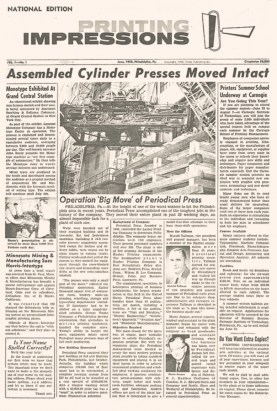 All told, his stable of titles gained NAPCO (now called NAPCO Media to reflect our extension beyond our integrated media brands into e-learning, events, video and marketing services, and research) the distinction of becoming the largest magazine publisher for the printing, publishing, direct marketing and allied industries.

But, like other self-driven, entrepreneurial visionaries, Irv Borowsky wasn’t ready to rest on his past laurels. In 1996, he retired from NAPCO and turned the business over to his son, Ned Borowsky, so the elder Borowsky could pursue philanthropy and another lofty passion: to found a unique museum that honors those who have stood up against religious persecution, bigotry and racial hatred.

Told he could never launch a thriving, self-sustaining museum, again he proved the critics wrong. Today, the National Liberty Museum, located in the historic area of Center City Philadelphia, serves as our nation’s home for heroes. Regularly visited by school groups, the museum honors more than 2,000 men, women and children who, throughout the ages, dared to make the world a better place.

Irv Borowsky passed away in 2014 at age 90, but his legacy lives on through his museum, media company and philanthropic endeavors. I started working for NAPCO in 1982, taking over as editor-in-chief of his “baby” in 1985. Young and impressionable, I admired his charisma and willingness to take risks. Like other true entrepreneurs, he was unfazed by failures and even cherished them as valuable lessons to learn from.

The 60th anniversary issue of Printing Impressions is dedicated to Irv Borowsky, whose legacy continues.