It’s hard to believe that the 2017 Printing Impressions 400 ranking of the top printers in the U.S. and Canada, as ranked by annual sales volume, marks our 34th annual list. For more than three decades, our compilation has illustrated key industry trends and chronicled the ups and downs - and, in some cases, the demise due to M&A deals - of specific companies. Like past editions, the 2017 PI 400 reveals the current state and future direction of the printing industry, as well as several hot print market segments that remain ripe for further industry consolidation.

For instance, the financial performance of the publicly held printing conglomerates that fill the top spots on the PI 400 has largely been flat. RR Donnelley, Quad/Graphics, LSC Communications, Cenveo, Transcontinental and Donnelley Financial Solutions all reported sales declines for their most recently completed fiscal years in comparison to their previous campaigns. Exceptions included Cimpress (Vistaprint), an online-only, Web-to-print specialist, and Multi-Color Corp., a label printer that acquired the label division of Constantia Flexibles for $1.3 billion in October. 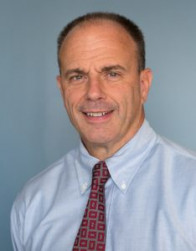 LSC Communications is now led by Chairman Thomas Quinlan, who was formerly the top exec at RR Donnelley before its breakup.

The most active player on the M&A front among these largest companies ranked in 2017, however, was RR Donnelley spinoff LSC Communications, which bolstered its publication, catalog and book printing and delivery platforms in this year alone by purchasing Creel Printing and Publishers Press, as well as distribution logistics providers Fairrington Transportation and The Clark Group.

From a market segment standpoint, four print market specialties showed the most activity during 2017 - largely due to their healthy prognoses for continued growth and strong profit margins, but which also made companies serving those segments targets for acquisition.

Take the book manufacturing segment, for example. As e-book sales continue to plateau, business models shift to on-demand digital (often inkjet) output, and Amazon seeks to mandate same-day turnarounds, the traditional book publishing/printing/distribution model is going through a paradigm shift. It’s created a hotbed of consolidation activity, as weaker players find it harder to compete from a pricing and capital expenditure standpoint.

CJK Group - a large, but relatively unknown, consolidator - continued its M&A spree during 2017 by acquiring The Sheridan Group in April, followed by Webcrafters in October. And Printing Consolidation Co., funded by private equity firm Blackford Capital, snapped up Dickinson and Kingsport Press, and is looking to swing even more M&A deals. 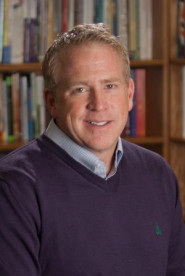 Almost across the board, firms listed on the 2017 PI 400 that specialize in highly targeted digital direct mail printing posted solid gains. The reason: data-driven and personalized direct mail - often implemented as part of a bigger, omnichannel marketing campaign - generates high recipient response rates and breaks through the electronic clutter.

Another hot market is the overall market demand for wide-format digital, point-of-purchase and other variable marketing materials, oftentimes for the retail sector. Australia-based Orora Visual catapulted to No. 24 on this year’s ranking as it parlays the national network it created with the acquisitions of IntegraColor, The Garvey Group, Graphic Tech and The Register Print Group.

And, finally, those companies appearing on the 2017 PI 400 with a large footprint in the package printing market continue to reap impressive sales gains. Digital printing, including inkjet, has already made strong inroads in the label market, and is now poised to gain traction in the corrugated, folding carton and flexible packaging sectors.

The packaging market, with its high EBITDA valuations, remains red-hot, too, from an M&A standpoint. Commercial printers are also looking to diversify into packaging, partly because it's a printed product space that’s considered to be largely immune from electronic alternatives.

The newly released, 2017 Printing Impressions 400 - just like our 33 annual rankings before it - foretells the future direction of the printing industry for many years to come.

Click here for the 2017 Printing Impressions 400 ranking (Opens as a PDF).