What Is Your Workplace Drama Quotient Costing You? 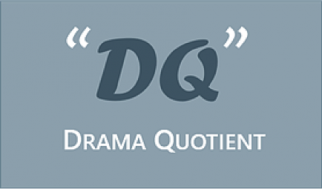 Are you leading a team with a high Drama Quotient ("DQ")?

Are you working in an office with a high DQ?

Did you ever wonder approximately what this is costing you and your company?

You would be surprised. In an average work environment, employees spend 25% (or two hours) of their day on gossip, back-biting, fallout from office politics and conflict. In some environments, it can reach a shocking 50%!

Imagine your operations spending upwards of fifty cents on the dollar feeding your DQ!!! Don’t believe this is possible? It's true, according to the Gallup Organization. Gallup’s State of the American Workplace Report put the cost of disengagement in American businesses at between $450 and $550 billion annually!

Does your office have a high DQ? At the end of this article, we’ll tell you how you can move to a foundational infrastructure to virtually eliminate DQ and become a high-performing team.

At Butler Street, we are big believers that implementing our proprietary approach to The Four Cornerstones of Success — Attitude, Personal Accountability, Perseverance and Habit are essential to eliminating office/department DQ. We begin every single training program with these Four Cornerstones. If leveraged properly, these cornerstones can serve as guiding principles for your organization and interaction by interaction, remove workplace drama. To learn more about how get your leaders leading again and to eliminate DQ by focusing on growth, click on CONTACT and let us know the best way to reach you.

With 194 percent year over year growth and a 90 Net Promoter Score, Butler Street has established itself as one of the leading consulting, training and research firms to the middle market. Before founding Butler Street, Mike Jacoutot spent the previous nine years as CEO of a national health care staffing company and most recently, a revenue cycle company. Jacoutot brings a strong combination of Lean Six Sigma process skills together with 34 years of sales and marketing experience.

Jacoutot is also the author of "Become the Only Choice." Now in its third printing, the book emphasizes a combination of consultative selling and process management techniques to enable salespeople to sell the way clients buy.

A four-time All-American collegiate wrestler, Jacoutot led The College of New Jersey wrestling team to two national championships. He culminated his senior year by winning the NCAA Division III Championship after three consecutive second place finishes. In March 2015, Jacoutot was inducted into the National Wrestling Coaches Hall of Fame. In October 2013, he was also inducted into The College of New Jersey Athletic Hall of Fame along with his 1981 NCAA Division III Championship Team. He holds a B.A. in Management.

END_OF_DOCUMENT_TOKEN_TO_BE_REPLACED
Subscribe
Upcoming Webinars
Inkjet: It is Here and Now