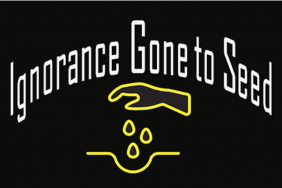 “Ignorance Gone to Seed” is a state in which small business owners find themselves when refusing to acknowledge the need for end-to-end workflow systemization.

Truth is, whether it’s the seed of a lack of knowledge, procrastination, or just plain old stubbornness, it will blossom into a full-grown tree of disorder.

As W. Clement Stone once said, “Truth will always be truth, regardless of lack of understanding, disbelief or ignorance.”

Make no mistake, as a business owner, you’ll find opposition to order a continual challenge. Whereby, some employees resist accountability.

In our experience, using detailed Quality Assurance systems, certain employees became angry when identified as the root cause of a mistake or other non-conformance. Although the root cause was identified by a non-partisan entity — A SYSTEM!

For example, when an employee using a quality control checklist, checked a prompt as completed, then later we found it was NOT completed, the resistance started. Sorry to say, some employees use anger as a defense. Like a child caught doing something wrong and angrily blaming anything or anyone.

When that kind of opposition to high quality standards occurs, a business owner must not “wimp” out. If they do, the whole system will crash!

However, due to fear of conflict, many small business owners will claim that “strict workflow systems don’t work.” For them, that’s the truth!

Regrettably, fearing the loss of an employee or facing someone’s wrath, owners often back down, and chaos continues to reign. And who cleans up the messes? THE OWNER!

The Seeds of Order Reap Rewards

For those business owners with a spine, who will not tolerate opposition to order, the reward is great! On the other hand, an owner accepting “Ignorance Gone to Seed” will reap an environment where the hostiles have the upper hand.

Over the years, we found some employees enthusiastic, even giving their blessing to systemization, aka Total Quality Management.

It was our policy to require those who were the root cause of an error, to sign a Corrective Action report, sometimes getting an angry response. However, once explaining again the purpose of Quality Control Systems, they soon got over it.

The good news is, once signing one or two Corrective Action reports, the mistakes diminished and an employee embraced our Quality Systems. They soon realized that our non-bias follow-up system (CAPA) insured that EVERYONE was held accountable. NO exceptions.

Truth is, I signed a few of those Corrective Action reports myself, signifying me as the root cause. Yep, that was humbling!

Certainly, we explained in detail to every employee that the purpose for a strict system of Quality Management was foremost for our customers. Excellence was key to growth!

Ultimately, with the right seeds planted, our employees witnessed the fact that we had very few mistakes, resulting in a peaceful, non-chaotic environment for all.

Inspire Your Team to Be Their Best

Knowing When to Move on to New Career Challenges

Strategic Planning or Strategy and Planning

You Know What to Do. What’s Holding You Back?
Comments
PRINTING United Expo

Join us for a discussion on how to bridge the gap between traditional hand-pick distribution and modern machine-automated distribution.