Xerox Secures $24B in Financing Commitments for Proposed HP Acquisition

Norwalk, Conn.-based Xerox Holdings sent a letter to the Board of Directors of HP Inc. and issued a press release Jan. 6, confirming that it has obtained $24 billion in binding financing commitments from Citi, Mizuho, and Bank of America to complete its proposed $33.5 billion cash-and-stock offer to acquire HP Inc. (Read Xerox's 8-K SEC filing for more information about the debt financing commitment.)

The Palo Alto, Calif-based HP Inc. has a market value (about $29 billion) that is said to be more than three times that of Xerox.

This latest move, apparently, is to combat one of HP's major objections that Xerox lacks the proper funding to pull off the deal, and to provide further proof to major HP shareholders — primarily the institutional investors that Xerox is trying to win over directly — that it has the financial backing to complete the transaction. Xerox's $33.5 billion cash-and-stock offer implies a 77% cash position, with the balance comprising Xerox shares, which would result in HP shareholders owning approximately 48% of the combined company. 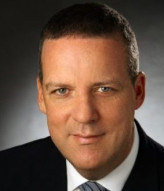 The full text of the letter sent from John Visentin, Xerox vice chairman and CEO, to HP Chairman of the Board Chip Bergh and HP CEO Enrique Lores on Jan. 6 is as follows:

Over the last several weeks, we have engaged in constructive dialogue with many of your largest shareholders regarding the strategic benefits of our proposal to acquire HP. It remains clear to all of us that bringing our companies together would deliver substantial synergies and meaningfully enhanced cash flow that could, in turn, enable increased investments in innovation and greater returns to shareholders.

But it also became clear from our dialogue with your shareholders that you and your advisors have been questioning our ability to raise the capital necessary to finance our proposal. We have always maintained that our proposal is not subject to a financing contingency, but in order to remove any doubt, we have obtained binding financing commitments (that are not subject to any due diligence condition) from Citi, Mizuho and Bank of America.

My offer stands to meet with you in person, with or without your advisors, to begin negotiating this transaction.

Icahn and an investment vehicle he controls were subsequently sued on Dec. 13, 2019, by a Xerox shareholder claiming breach of fiduciary duties. The lawsuit, filed by a pension fund, alleges that Icahn knew Xerox was contemplating an unsolicited  offer to acquire HP, a proposal that ultimately valued HP stock at a premium of $22 per share.

Icahn said he believes a combined company is a no-brainer and in the best interests of both sets of shareholders, given the potential for cost savings — which Xerox claims would amount to about $2 billion annually, largely by the elimination of redundancies — and their combined effort to market a more balanced portfolio of offerings to their shrinking customer bases.

On Dec. 9, Xerox also made public an investor presentation that John Visentin (click here to view his Xerox Shareholder Presentation) is using to try to gain the direct support of HP's shareholders.

Some of Visentin's key arguments included: