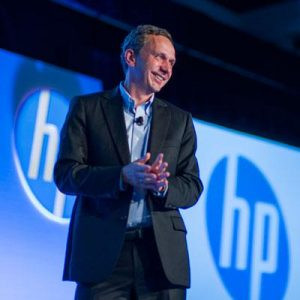 Instead, it issued the following public letter on Sunday, Nov. 24, which also cc'd Keith Cozza, who serves as chairman of Xerox Holdings and president and CEO of Icahn Enterprises L.P. :

The HP Board of Directors has reviewed and considered your November 21 letter, which has provided no new information beyond your November 5 letter. We reiterate that we reject Xerox's proposal as it significantly undervalues HP. Additionally, it is highly conditional and uncertain. In particular, there continues to be uncertainty regarding Xerox's ability to raise the cash portion of the proposed consideration and concerns regarding the prudence of the resulting outsized debt burden on the value of the combined company's stock even if the financing were obtained. Consequently, your proposal does not constitute a basis for due diligence or negotiation.

We believe it is important to emphasize that we are not dependent on a Xerox combination. We have great confidence in our strategy and the numerous opportunities available to HP to drive sustainable long-term value, including the deployment of our strong balance sheet for increased share repurchases of our significantly undervalued stock and for value-creating M&A. 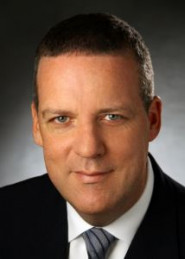 It is clear in your aggressive words and actions that Xerox is intent on forcing a potential combination on opportunistic terms and without providing adequate information. When we were in private discussions with you in August and September, we repeatedly raised our questions; you failed to address them and instead walked away, choosing to pursue a hostile approach rather than continue down a more productive path. But these fundamental issues have not gone away, and your now-public urgency to accelerate toward a deal, still without addressing these questions, only heightens our concern about your business and prospects. Accordingly, we must have due diligence to determine whether a Xerox combination has any merit.

We remain prepared to study the potential value of a combination and to work quickly to learn more about your business trajectory. However, there are significant concerns about both the near-term health and long-term viability of your business that have a significant impact on Xerox's value. The question of whether there is a path to turn around your business is a threshold issue. In addition to the visible and substantial declines at Xerox, our specific concerns include:

The HP Board of Directors is committed to serving the best interests of HP shareholders, not Xerox and its shareholders. HP has numerous opportunities to create value for HP shareholders on a standalone basis. We will not let aggressive tactics or hostile gestures distract us from our responsibility to pursue the most value-creating path.

On behalf of the Board of Directors,

Battle Between Xerox, HP Boards Continues to Heat Up

Here are some takeaways from HP's most recent, sharply worded, response:

Aside from its previous claims that Xerox's offer undervalues HP; that Xerox might be unable to raise the necessary cash; that a combined firm would be too highly leveraged from a debt standpoint, even if the financing were obtained; as well as pointing to Xerox's $1 billion in revenue declines during the June 2018-June 2019 period, the HP board of directors also raised some new concerns:

It only took two days for Xerox to issue a written response to HP's board, confirming that it intends to mount a hostile bid attempt, while also addressing what it considers to be misleading and inaccurate statements made by HP in its response.

Here is the letter John Visentin sent on Tuesday, Nov. 26:

Your refusal to engage in mutual due diligence with Xerox defies logic.

We have put forth a compelling proposal – one that would allow HP shareholders to both realize immediate cash value and enjoy equal participation in the substantial upside expected to result from a combination. Our offer is neither “highly conditional” nor “uncertain” as you claim. It does not contain a financing contingency, and the combined company is expected to have an investment grade credit rating.

The potential benefits of a combination between HP and Xerox are self-evident. Together, we could create an industry leader – with enhanced scale and best-in-class offerings across a complete product portfolio – that will be positioned to invest more in innovation and generate greater returns for shareholders.

The market clearly understands the industrial logic of this transaction. HP and Xerox shares are up 9.5% and 6.6%, respectively, since the date our proposal was first made public. We have already received inquiries from several HP shareholders and are encouraged by their interest in our offer.

Nevertheless, rather than engage with us in three weeks of customary mutual due diligence, HP continues to obfuscate and make misleading statements. It is important that we correct, for your benefit and that of HP’s shareholders, a few of the mischaracterizations from your last letter.

While you may not appreciate our “aggressive” tactics, we will not apologize for them. The most efficient way to prove out the scope of this opportunity with certainty is through mutual due diligence, which you continue to refuse, and we are obligated to require.

We plan to engage directly with HP shareholders to solicit their support in urging the HP Board to do the right thing and pursue this compelling opportunity.

Silent, for now, is activist investor Carl Icahn, who owns a 10.6% controlling stake in Xerox and, more recently, who acquired a 4.24% stake in HP Inc., worth $1.2 billion. Icahn has been quoted earlier that a combination between the two companies in any form is a "no-brainer." But, given his behind-the-scenes power within Xerox, one can be sure that Icahn approves of Xerox's latest aggressive move.