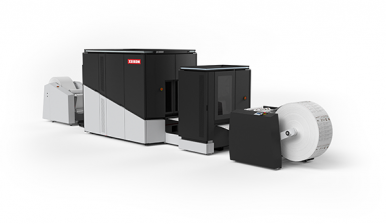 Xeikon America, Inc. launched its Xeikon SX30000 digital press, available immediately in the United States and Canadian markets. Based on the ground-breaking new SIRIUS technology, the new electrophotographic toner-based press raises the bar for speed, versatility, and image quality in its class.

“North American print providers have been enthusiastic,” said Covannon, “and we are thrilled to begin taking orders for the press today. We anticipate very strong sales for the Xeikon SX30000 this year and many years to come.”

Complete details and specifications about SIRIUS technology and the Xeikon SX30000 can be found at powerofdrytoner.com.