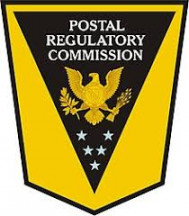 Ann C. Fisher (R) and Ashley E. Poling (D) were confirmed by the Senate and begin their first term as commissioners of the Postal Regulatory Commission (Commission). President Donald J. Trump nominated Fisher and Poling for terms that extend through 2024.

Fisher and Poling assume their roles at a critical time, as the Commission is currently involved in a major review of the system for setting market dominant rates.

Fisher began her tenure at the Commission in 2007 as chief of staff for then-chairman Dan Blair. Over the past 11 years, she has served as the Commission’s director of public affairs and government relations. Prior to joining the Commission, Fisher spent more than a decade on Capitol Hill in various roles including deputy staff director to former chairman Susan Collins (R-ME) of the Senate Committee on Homeland Security and Governmental Affairs. Fisher was the principle Senate Republican staff member working to modernize postal laws in the form of the Postal Accountability and Enhancement Act of 2006. She also served as an economist on the Senate Small Business Committee under former Chairman Larry Pressler (R-SD), and as a government relations manager at the U.S. Postal Service headquarters in Washington, DC.

Fisher holds an M.A. degree in economics from the University of South Dakota and a B.S. degree in mathematics from Minnesota State University, Mankato. She resides in Washington, DC, with her husband and two daughters.

Prior to joining the Commission, Poling served as the director of governmental affairs and senior counsel to ranking member Gary C. Peters (D-MI) on the Senate Homeland Security and Governmental Affairs Committee where she advised Senator Peters on policy issues, negotiated with stakeholders to advance bipartisan legislation, and implemented strategies to advance Senator Peters’ governmental affairs priorities. Poling also served as senior policy counsel to Senator Heidi Heitkamp (D-ND) and as counsel to Senator Jon Tester (D-MT) on their respective Homeland Security and Governmental Affairs Subcommittees, where she focused on postal reform and federal workforce issues.

Poling holds a J.D. degree from Elon University School of Law and an English degree from The College of William & Mary. She is a native of North Carolina.