Time For A Facelift - Printing Impressions Gets A Redesign 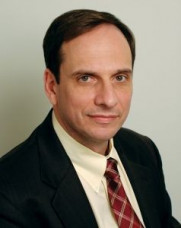 No, I’m not taking about a facelift for me personally — even though I must confess that I did celebrate my big 6-0 birthday milestone late last month. Instead, I hope you immediately noticed the new graphic design treatments that we launched with this issue. It’s been several years since our publication was last redesigned, so we tasked Art Director Michelle Appalucci to create a more visually appealing, modern and clean look. To develop a design that enables easier-to-read fonts, and room for more graphics and white space. I think she delivered on all counts, and we’ll continue to make small refinements in future issues.

We’ve maintained some of our most popular, long-standing departments, like “Across the Nation,” but also created a few new ones, like “Community,” which showcases industry interaction via social media channels, community involvement, career moves among printers and industry suppliers, and other relevant items surrounding our community of print.

I’m also pleased to announce the addition of Copresco CEO Steve Johnson to our monthly columnist lineup. Steve’s award winning “Johnson’s World” column has appeared in two other industry publications over the years, but his column now anchors the back editorial page of Printing Impressions. As an early adopter of digital printing technology, Steve’s view of the industry from the perspective of a successful printer makes his addition to our team of bylined contributors all that more enticing.

This latest refresh of our publication also falls at a very opportune time. Printing Impressions, which launched in June 1958 in a tabloid newspaper format, will celebrate its 60th anniversary in less than a year. So, changing to a more modern design will, hopefully, maintain our loyal, long-time reader base and also appeal to the next generation of graphic arts industry professionals.

It’s totally mind boggling when I think about all of the printing industry technology changes that have occurred since I started covering the graphic arts industry in 1982. The process of creating and publishing a magazine has been just as monumental.

When I first joined our sister publication, packagePRINTING in 1982, we still used electric typewriters to prepare editorial copy, which in turn was sent to an outside typesetter. We would then receive galleys to proofread. Believe it or not, our typesetting house was still using hot metal type — they were behind the times even back then.

To this day, I’m amazed that, with all of the manual, time-intensive steps involved to produce camera-ready mechanical boards of the editorial pages, we still had any time left to actually create the editorial content itself.

Prepress trade shops were kept busy manipulating color for our magazine covers using their high-priced (CEPS) Color Electronic Prepress Systems and making color separations on their drum scanners. Overnight courier services also kept our mailroom busy, dropping off bluelines shipped from the publication printers we were using, which we then marked up with grease pencils and overnighted back before the issue went on-press.

Fast forward to today, and Michelle was able to create and quickly alter comps of design options on her desktop Mac in Adobe InDesign, and to select typefaces from her expansive font library. The tools to create a magazine may have changed, but giving a publication a facelift still requires graphic design expertise and — similar to a cosmetic surgeon’s finesse with a scalpel — the artistic and technical prowess of a skilled professional.

"Behind The Project" Collaborative Process