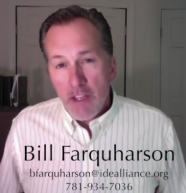 As I’ve talked about in these last few sales tips, I like the idea of breaking down the calendar year into chunks. I don’t think it’s possible to maintain motivation and drive over long period of time so I’d rather have people look at a month, two months, or even a week. Last week, for example we came off of the Fourth of July holiday and that was a slow week, giving us all the opportunity to organize and prepare, etc.

What we have now is an eight-week chunk that starts today, July 10 and ends on September 1, the Friday before Labor Day.

Now, if you want to believe that no one buys during the summer because things are slow, remember that thoughts like that are self-fulfilling prophecies and you will miss 100% of the shots that you never take.

If, however, you are willing to embrace the opportunity and put yourself in the best position possible heading into the three most important prospecting months of the year (September - November), here’s an idea for you.

Focus your attention on the number of new accounts you would like to achieve by the end of this eight-week time period. How many is entirely up to you. I just got off the phone with someone whose number was 19. Yours might be five or 10 or more.

The point is, take that number and write it in large numbers, then stick it near your phone. Make it your motivation so that each time you pick up the phone you look at that number and try to reduce it by one.

New business is the lifeblood of sales growth. What better goal during this eight-week chunk then to add to your customer base?

The video version of this sales tip goes into more detail. Click here to watch the video.

Bill Farquharson can be reached at (781) 934-7036 or bfarquharson@idealliance.org