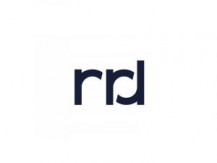 R.R. Donnelley & Sons Company (“RRD” or “Company”) announced the resolution of a claim for a mootness fee in a lawsuit filed by certain plaintiffs during the Company’s Sale transaction.

Plaintiffs alleged breaches of fiduciary duty against RRD’s directors based on their alleged failure to obtain the highest price reasonably available for the Company’s stockholders in connection with a definitive merger agreement the Company entered into with the Atlas Defendants (“the Atlas Merger Agreement”), and for employing certain defensive measures that prevented the Company from entering into a value-maximizing merger agreement. Plaintiffs also alleged that the Atlas Defendants aided and abetted the Company’s directors’ breach of fiduciary duty. Plaintiffs sought various remedies, including an injunction enjoining the defensive measures that prevented the Company from maximizing value for the Company’s stockholders.

After the Patodia Action was filed, RRD terminated the Atlas Merger Agreement and entered into an all-cash merger with affiliates of Chatham Asset Management, LLC, pursuant to which RRD’s stockholders would receive $10.85 per share in cash for each share of RRD common stock on December 14, 2021 (the “Chatham Merger”).

On March 8, 2022, the Chancery Court approved a stipulation under which Plaintiffs voluntarily dismissed the Patodia Action with prejudice as to themselves only, but without prejudice as to any other putative class member. The Chancery Court retained jurisdiction solely for the purpose of adjudicating the anticipated application of Plaintiffs’ counsel for an award of attorneys’ fees and reimbursement of expenses in connection with the benefits conferred by Plaintiffs’ prosecution of the Patodia Action.