With $2.1B Atlas Holdings M&A Deal in Hand, RRD Board Responds to Its Other Suitor, Chatham Asset Management 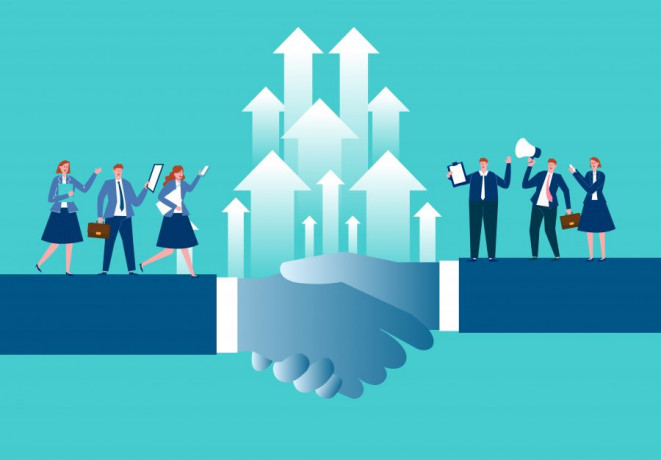 With a tentative sales agreement already in place in which RR Donnelley (RRD) will be acquired for $2.1 billion by private equity firm Atlas Holdings, the RRD board of directors issued a public letter on Nov. 12, 2021, to its other potential buyer, Chatham Asset Management — RRD's largest bondholder and a major shareholder — indicating it is willing to negotiate, but needs a detailed followup offer from it to consider.

Under the terms of North America's largest commercial printer's acquisition agreement with Atlas, which would also involve an undisclosed breakup fee from RRD should the deal with Atlas not come to fruition, RRD's board of directors has 25 calendar days to solicit other offers.

We are writing to follow up on our discussions with regards to your non-binding, conditional indication of interest to acquire R.R. Donnelley & Sons Company.

As we have discussed with your counsel over the past several weeks, we are prepared to engage with you regarding your interest in potentially making a binding proposal. Indeed, even before we signed our merger agreement with affiliates of Atlas Holdings, we proactively reached out to you with a confidentiality agreement that would enable us to provide you with confidential information and have discussions regarding your indication of interest.

Upon your execution of a confidentiality agreement, we stand ready to engage with you and consider a proposal that the Board of Directors can compare to the agreement we reached with Atlas, which equates to a total enterprise value of approximately $2.1 billion, a total equity value of approximately $703 million (fully diluted), is backstopped by a $900 million equity commitment from affiliates of Atlas as well as $1.2 billion in debt commitments, is an overall deleveraging transaction and is not subject to a financing condition.

Any bona fide proposal from Chatham would need to include the key substantive terms of a potential transaction, which have thus far been missing from your non-binding, conditional indications of interest, including from the most recent one Chatham publicly issued in response to media speculation about the announcement of the Atlas transaction. This should include the transaction structure, equity, and debt financing sources, as well as evidence of your financial wherewithal to complete a transaction.

We look forward to hearing from you.

Upon learning of the agreement with Atlas to acquire RRD's outstanding stock for $8.50 per share, Chatham Asset Management, which was first out of the gate with its previous offer of $7.50 per share in an all-cash deal, indicated it would raise its original offer to $9 to $9.50 per share.

Within the Oct. 12, 2021, letter sent to RRD's board, Chatham's Melchiorre indicated:

... Since we submitted our original offer, we have expended significant time and resources trying to execute a non-disclosure agreement to begin discussions with the company regarding our offer. We also have increased our ownership of the company’s outstanding debt, to an aggregate of approximately $654.4 million, as further evidence of our commitment to achieving a successful and value-maximizing transaction.

... The board’s decision to sign a definitive agreement with Atlas, that may include a substantial break-up fee, without any conversation with us regarding our original offer raises major concerns. We question how the board could have undertaken a credible and fulsome strategic review process without any discussion or evaluation of our offer.

... While we remain deeply troubled by the board’s conduct to date, we remain committed to acquiring RRD and are prepared to increase our offer to $9.00 to $9.50 per share in cash if we can immediately execute a confidentiality agreement, conduct appropriate due diligence, and commence good faith negotiations with the company.

My take: It will be interesting to see how the drama unfolds. RRD's board, obviously, would rather consummate a marriage with Atlas Holdings, a private equity firm with a large footprint in the printing, packaging, and paper industries — and an entity that's already well-known to them. Among its many existing holdings, Atlas already owns book and publication printing powerhouse LSC Communications, as well as paper manufacturers Finch Paper, Twin Rivers Paper, and Millar Western. (Atlas is also still in negotiations to acquire coated paper manufacturer Verso Paper, after making an unsolicited bid of $20 per share on July 11, 2021. 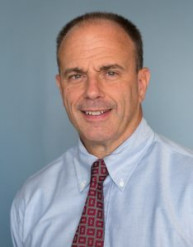 The Atlas/RRD deal would reunite RRD with LSC Communications (which would be getting the band back together, so to speak). They had separated when RRD broke up into three separate, publicly held companies back in October 2016 (click here to read my analysis back then) to, in theory, extract more shareholder value. Former RRD CEO Tom Quinlan became CEO of LSC after the spinoff. He was intimately involved in the asset acquisition negotiations between LSC and Atlas, after LSC filed for Chapter 11 bankruptcy protection. So, he has come to know Atlas' managing partners and their operating principles well, and also has a strong relationship with RRD senior executives and its board of directors resulting from his long tenure leading RRD.

Chatham, on the other hand, would likely be much more aggressive in cleaning house of existing RRD management and board members, shedding underperforming RRD assets, and extracting more short-term monetary gains, like the sale of real estate and what it would deem non-core assets.

Chatham Asset Management has also long been a thorn in the side of RRD's board and senior leadership as a dissident bondholder and shareholder, claiming poor corporate management, excessive compensation and bonuses paid out to senior RRD executives, and lamenting a stock price, driven by poor financial results, that dropped all the way down to a low of $1.28 per share within the past year. (RRD was trading for more than $9 per share on Nov. 15, 2021, with investors, it appears, speculating that the ultimate purchase price will go higher if Atlas and Chatham get into a bidding war.) Either way, though, Chatham will still enjoy a nice gain on its significant, 15% common stock shareholder stake in RRD.

Which private equity firm ultimately wins control of RRD and takes the printing company private remains to be seen. Nevertheless, it's amazing to think that RRD and LSC could potentially be reunited again under the same ownership. I'm certainly no antitrust expert, but I also assume that, since RRD and LSC would remain separate companies under the Atlas Holdings umbrella, the coupling would not raise U.S. Department of Justice (DOJ) concerns, similar to those which led the DOJ to file an antitrust lawsuit in June 2019 that ultimately stymied the proposed $1.4 billion all-stock acquisition of LSC by fellow mega-printer Quad.

Unlike the failed LSC/Quad transaction, it appears the RRD M&A deal will likely be determined more by large institutional investors, hedge funds, and bankers on Wall Street, rather than by government bureaucrats in Washington.