The Right Approach to Continuous Improvement and Lean Manufacturing

With the right approach to continuous improvement, printing companies can thrive if they’re willing to make the investment. To be successful, a company must recognize that processes are the central part of an operation and must continuously work on improving those processes. To do this, printing companies must shed the “this is the way we’ve always done things” mindset so that they can quickly identify and resolve problems, eliminate waste and improve company culture.

We talked with two leading industry consultants to learn more about how they are helping the industry to improve their processes, along with two commercial printing companies that have benefitted from implementing a continuous improvement process and Lean manufacturing.

A good place to start in a continuous improvement strategy, according to John Compton, principal of Compton & Associates in Bonita Springs, Fla., is for companies to understand what their customers value and to then invest in those things that will have a positive influence on clients.

Compton, a former quality executive with printing firms Fort Dearborn and Vertis Communications, and a professor emeritus at the Rochester Institute of Technology, advises that it doesn’t make sense to improve processes or a process that has no direct bearing on a customer, either in terms of the quality of the product, the service or the cost.

Compton also points out that it is important for companies to understand their value stream. “That value stream becomes the target of our improvement initiative. So a lot of times, I’ll work with a client in the early stages to help them understand how much waste is in that value stream.” 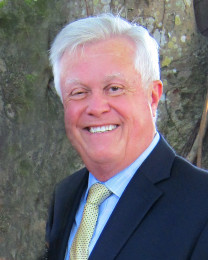 Compton says that when he visits a facility, he will often spend two to three days there. “I talk to the operators, then I take photographs and share them with the management team to show them where some of these wastes are in their value stream,” he explains.

“Those wastes have often been there for so long, they’ve gotten used to them. They don’t even think of them as wastes, but more as ‘the way that we’ve always done things.’”

Two of the primary building blocks in continuous improvement are team building and 5S — a method of workplace organization and visual controls developed by Hiroyuki Hirano, which stands for sort, straighten, shine, standardize and sustain.

“5S and many of the tools of Lean are intended to make non-standard conditions quickly visible to people who are working in the area so that actions can be taken almost immediately to correct the non-standard condition and put things back to a standard way that they should be. When a better way becomes known, it becomes the new standard,” Compton explains.

For printers looking to implement a continuous improvement or Lean initiative, Compton advises to begin by talking to senior management in a company inside or outside of the industry that is at least three years into continuous improvement implementation. “Start with the owner, president, CEO or the general manager, depending on how the organization is structured and find out the benefits that are accruing to their organization, the challenges encountered and what was required to overcome them.”

He adds that if organizations want to accelerate their rate of improvement, they have to find a way to engage all of their employees in improving processes a little bit every day. “We like to see everybody involved in improvement, each and every day. When you can begin to implement that in your organization, the potential for improvement is nearly unlimited.” 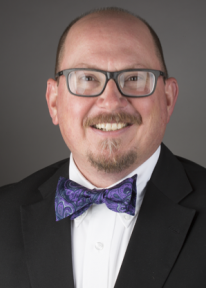 For example, Macro went to visit a printer and the team consisted of the president of the company, the management and the supervisor on the floor, along with accountants and sales reps, and anyone else who understood the concept of “value added.”

“On the first day of our visit, we had a breakfast for everyone in the plant to explain that we were there to help the company learn more about how they can identify ways in which to reduce waste in their production processes,” Macro notes. “We then introduced the 5S concept, and told the company to create their own 5S posters, which they hung up about a week or two before we visited their facility. We asked the company to secure an area in the back of the plant. A supervisor explained to everyone on the floor what was going to take place.”

A “red tag zone” was then created, and everyone had one hour to red tag items that did not add value to the process. A “yellow tag” system was also implemented, since management was concerned that they were going to get rid of things that were expensive and were actually used.

“We told them that if they have used those items at least once in the last couple of months, to put a yellow tag on it. Then, we would evaluate over the course of the next six months to see if they’ll be used or not. At that point, it could be determined to go into the red tag.”

Within an hour, Macro says a lot was accomplished. “We had approximately three large garbage dumpsters filled with stuff that was just cluttering the area, including at least 10 pallets of old paper, old equipment and even coffee pots that hadn’t worked for 20 years. Everyone was amazed.”

Like Compton, Macro adds that in his experience doing consulting work with printing companies, the C-level management must be integrated and fully vested into the entire idea of embracing Lean manufacturing. “The successful companies that have really made a lot of progress are those where the owners and senior managers roll their sleeves up and get engaged in it from day one.” 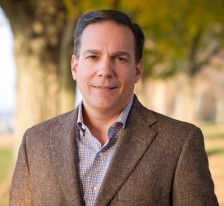 The Standard Group, a privately held, enterprise print management and marketing logistics company with locations in Reading and Lititz, Pa., embarked on its “formal” Lean journey just over a year ago. Scott Reighard, COO and executive team member on The Standard Group’s Lean Steering Committee, says that he calls it “formal” because the company has always approached business opportunities from a continuous improvement model.

The Lean Steering Committee — which includes a consultant, plant manager, production manager and Lean specialist — determines the direction and priority of the company’s Lean initiatives. As the executive team member of the Lean Steering Committee, Reighard provides the final approval for both financial and human resources to Standard Group’s selected projects.

According to Reighard, The Standard Group’s core process begins with a daily “plan 5,” a 5-minute meeting held by each department supervisor at the beginning of the employees shift. The focus of the meeting is to discuss the goals of the day, talk about what went well the day before and what didn’t, update everyone on any company information or changes, recognize employee performance, as well as solicit feedback from staff.

“For many supervisors,” Reighard explains, “this type of interaction is outside of their comfort zone but it’s imperative to creating a culture of employee engagement, which is one of the building blocks for a successful Lean journey.”

For The Standard Group, employee engagement starts with having a passion for improvement at the top and a commitment for sustainability at the department manager level. To support its employees, The Standard Group also invests in the development of individuals and teams. For example, department managers and the company’s Lean specialist completed the Certified Print Professional program offered by the Printing Industries of America and its Lean Steering Committee members completed a Six Sigma black belt certification. “Our Lean specialist has begun working on a project to train new staff on 5S, which will now be part of our onboarding process,” Reighard explains.

For other commercial printers looking to implement Lean or continuous improvement efforts, Reighard points out that to make Lean successful requires a commitment to focus on the process and not necessarily only the outcome. “For us, starting with 5S was a visible change that makes life simpler for people and takes some of the daily frustration out of the work environment. Having a committed Lean champion has been a big part of our success.”

Moving forward, Reighard says that The Standard Group plans to continue to expand its Lean initiatives beyond just the manufacturing areas of the company. “Ultimately the goal is to increase margins without increasing costs. Our customers are looking for cost savings and those are only going to come from reducing waste from the process,” he concludes. 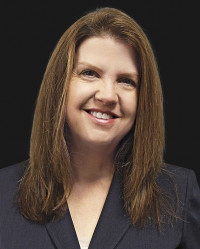 Suttle-Straus also educates its leaders and team members on various continuous improvement methodologies, including Six Sigma and 5S, along with Value Stream Mapping/Process Mapping, Training within the Industry, Coaching Kata, Standardized Work, Visual Management, and the Plan, Do, Check, Act cycle. According to Pschorr, 88% of Suttle-Straus’ team members have directly participated in continuous improvement initiatives.

Today, the company currently has 28 team members with yellow belt certifications, one with a green belt and one who is black belt certified. Since implementing 5S, Sandy Kampen, continuous improvement manager at Suttle-Straus, points out that it has helped in standardizing process improvements for workplace organization, and in fostering a culture of teamwork and creativity. The company is currently working to implement standard work in its front office, and is maintaining 5S through regular audits in manufacturing. 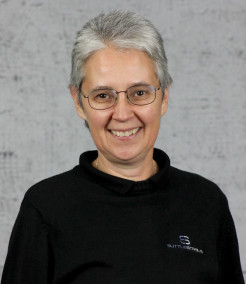 According to Pschorr, the company is in the process of transforming to a Lean leadership culture. Suttle-Straus has also invested in training and development that includes lunchtime seminars, monthly leadership development meetings, sending employees to conferences out of state and reimbursing tuition for college. The company has also been recognized as a PIA Best Workplace in the Americas for 17 consecutive years, achieving the highest level of recogni­tion, “Best of the Best,” 12 times, including every year since 2010.

“We have come a long way since we started our continuous improvement journey, and we have a lot more we can accomplish,” Pschorr concludes. “Value Stream Thinking has made a powerful impact on the organization by encouraging team members to look outside of their own area.

“In addition, continuous improvement initiatives put the focus on improving processes rather than blaming people, which has had a huge impact on our culture. This supports the teamwork needed for Suttle-Straus to continue to grow and thrive.”