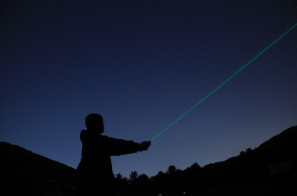 Have you seen the Netflix sensation, "Inventing Anna"? It’s a fascinating true story (except for the parts that were made up) about a young woman who weaved her way into the highest levels of New York City’s high society armed with a believable story, 1,000cc of chutzpah, and a dream of creating something big. By the time the nine episode series is over, she’s left a trail of broken relationships, unpaid hotel bills, and that same NYC social elite sipping cosmos and probably still navel-gazing over what happened to this day.

Note: No spoiler alert is necessary here. You can easily guess the end result. It would be like saying to someone, “I haven’t seen the movie, 'Titanic,' yet, so don’t tell me what happens.”

The story can be enjoyed for what it is — a con artist extraordinaire — or you also have the option of seeing it through the lens of a sales rep working the crowd, as I did. What a networker Anna was! What drive she had! Her tale is dripping with sales lessons, lessons that are especially relevant in today’s difficult selling environment, namely networking, diligence, and adapting her message to the audience.

Take out the evil manipulation, the felony activity, and the lack of any moral decency whatsoever, and you have a master tale on how to get what you want.

Simply put, Anna was a Jedi sales rep. So successful was she at times, it was as if she’d give an Obi Won Kenobi wave and people would say, “Yes, Anna.” And doors would open.

We, however, do not have such powers. In this hide-and-seek hybrid work environment, clients and prospects remain elusive. Voicemails fall into the abyss. Mail is returned as undeliverable. LinkedIn requests sit unanswered like a handshake greeting awkwardly left hanging.

So, if you are wondering how to succeed with just about every rule of business having changed, pull up a chair, my young padawan, and learn from the best. There are three lessons:

1. Networking — networking is the lone point of entry untouched by COVID. My clients tell me of their challenges in reaching anyone using conventional methods (phone, email, text, etc.). Yet, being the friend of a friend is eternal, and we look for recommendations for everything from a restaurant choice to, well, what to watch on Netflix. The thinking is, if Peter and Judy liked it and we’ve taken their advice in the past, that’s good enough for us.

What she got right: Anna first determines who she wants on her team and then sets out to build the scaffolding support system. It takes hard work (and that term is relative here, given that NYC’s elite consider hard work to be watching a Peloton video while drinking a smoothie) and time, but it’s hard to argue with the results as she recruits unparalleled talent for her project.

What she got wrong (other than the bald-faced lies, that is): Anna approached networking with the spirit of getting, not giving.

Lesson: “Building your scaffolding” means putting in the time connecting with as many people as possible on LinkedIn before you need to tap into it. Do this ahead of time and then work the network by commenting, congratulating, and engaging. Don’t be the type who reaches out only when you need something. Be the one who is constantly providing leads to others. This is the type others will line up to help.

2. Tenacity — Anna Delvey wants to open a club on Park Avenue for the uber-rich, and it’s to and through this same demographic that she carves her path. She happens on some connections and cold calls others. Whenever her story is rejected, she learns from the feedback, adapts, retools, and cold calls again, proving that diligence is the single most important sales characteristic a rep can have.

She simply refuses to take no for an answer. If the door is locked, she crashes through the window. If there are no windows, she simply bangs on the door until answering it is easier (and quieter) than ignoring her.

Lesson: Your own level of diligence must be equal to or greater than your desire to do business with that company. Want it a little? Make a few attempts. Want it a lot? Never quit.

3. Believe in Yourself — Anna is clearly a huge fan of Anna. Anna believes in Anna, and at no point does she waiver. She carries an unbreakable level of confidence from Russia to Park Avenue and right into her jail cell. Her lack of remorse for the damage she causes is reprehensible, but believing she is on the path she should be on is a shining example of the kind of determination and attitude we all must have.

Imagine being so certain a company should buy from you, your every word and thought are formed fully expecting the client to see it your way. Talk about Jedi mind tricks!

Lesson: Speak the words, “This person will buy from me, if not today then a day in the future,” prior to every sales call. Believe strongly enough and you can will it to happen. They might not know it yet, but they want you on that wall. They need you on that wall.

The fact that Anna Delvey got as close as she did to grabbing the brass ring is a testimony to her sales skills. She got a lot right, but she got a lot wrong, too. I wonder if the outcome would have been different had she worked in some authenticity here and there.

Perhaps a sincere compliment would be the difference. Or maybe if her ego allowed for a partner to play a role (especially one who had some collateral), the bank would not have needed to be the first and only party in the entire docudrama to back-check her story and see that the Empress had no clothes.

Judging from the fact that you are reading this column, you are not among New York City’s social elite. Neither am I. As such, we work for a living. You, too, can find your way to the top of any organization. It takes work, time, and a boatload of networking, but simply by treating people right, staying authentic, applying diligence, and being the referral engine for others, you can bypass purchasing and get to the decision-makers.

Ask anyone the source of their best customers and they will tell you, referrals. But few of us proactively seek out those referrals, and fewer still connect the dots to the highest levels and then have the drive to get there. We wait for them to come to us.

It’s a good thing Anna didn’t do that. If she had she would be sitting in her parents’ living room watching Netflix.