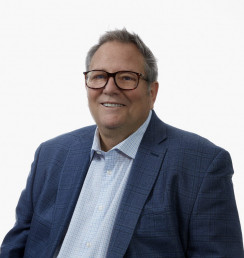 One of this year’s Printing Impressions/RIT Printing Industry Hall of Fame inductees, Brian Hite, is not new to the printing industry, although his path to where he is today — principal and co-founder of Image Options, which is headquartered in Foothill Ranch, Calif. — was anything but a straight shot.

His story starts when he was a teenager, getting dropped off by his stepfather to perform service calls on air conditioning (AC) units. From there, he began to install AC units in Hondas. “At the time, regulations didn’t allow certain cars to come into the United States with AC — something to do with the accessories,” he remembers. Paid by commission, he became proficient at it, able to complete upward of 20 cars a day with a teammate, establishing early on Hite’s willingness to work hard to get a job done right.

The next step on his journey was meeting his high school sweetheart who, after dating a few years, became his wife. While dating, he helped her father remodel the family home by doing carpentry work, framing, and roofing. Hite soon discovered he was good at it, and his future father-in-law offered him a full-time job working as a carpenter building exhibits, which turned out to be Hite’s entry point into the world of trade show graphics, although he didn’t know it yet.

Unsurprisingly, Hite proved himself to be a hard worker with a willingness to learn, so he eventually began helping out in the various other departments as well, including graphics production for the exhibits the company was creating. He discovered a real knack for it, and was mentored by a gentleman running the department at the time as well as a fine arts teacher who helped out part time, giving Hite the knowledge he needed to succeed in the world of graphic arts.

Ultimately, Hite worked there for five years before moving to an exhibition company that was producing graphics at a higher level, where he continued to hone his skills and knowledge base. He had the opportunity to move around a few times, each time learning new aspects to the fabrication, exhibit, and graphics world, until finally, in 1998 — fueled by a desire to stay closer to home and spend more time with his children — Hite co-founded Image Options.

With his partner, Tim Bennett, the original company focused almost exclusively on fabrication and exhibit graphics, including designing, producing, and installing trade show graphics, building up a solid network of customers.

A Drive to Succeed 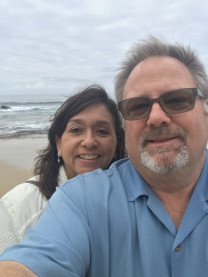 Brian Hite stands on the beach with his wife, Sharrie.

For Hite, success was about more than just growing the business; he also wanted to share that success with his family, and felt like the sales, production, and installation roles he managed were pulling him away from home more frequently than he really wanted.

“But it was a very seasonal business,” Hite says, “and there were long periods with reduced work. So, we transitioned heavily into the retail market, where there’s a new program every three to six weeks.”

Image Options, he notes, was still doing some fabrication work for agency clients, but it was a gradual return to the events space that had started his career in graphics, first returning to trade shows, and eventually transitioning into supporting large-scale events such as annual user group conferences for some of the biggest names in the technology space.

From there, Image Options just kept expanding over the years into new types of print production, adding products like commercial interior spaces, wallcoverings, and environmental graphic design. Then, COVID-19 came along.

“When the pandemic hit, we lost all our exhibit and event work basically overnight. So, we switched to personal protective equipment (PPE) and worked on face shields, acrylic shields for hospitals and first responders, etc. We did a lot of transactional shields for places like Disneyland, as well as for medical and dental offices. And that made up a good percentage of the falloff in print.”

While numbers were still down, it wasn’t as bad as it could have been, he notes, although in the first quarter of 2021, when the market was flooded with shops offering PPE work, business began to slow again. So, Hite refocused on environmental work, collaborating with top architects and designers, as well as some of the largest contractors in the country to design interior spaces — which were still going up, despite the pandemic — in addition to producing and installing all the graphics for these new and refreshed spaces. 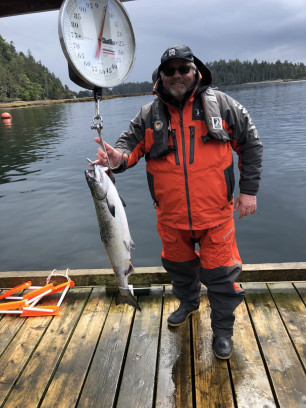 “And now we’re starting to see a slow return in the exhibit and event space,” he says. “The third and fourth quarters will be stronger in that market. We’re still doing the environmental work, and we have quite a few projects lined up for that, including retail spaces for some luxury brands, which dropped but didn’t go away like some of the other accounts.”

Hite feels strongly about the future of Image Options, which today has 110 employees, down from 160 workers pre-COVID, and is looking to hire more people again. Finding quality salespeople has been something of a challenge, he admits, but he is quick to credit his workforce for the success the company has enjoyed through the years.

“Our employees are everything,” he says. “If I didn’t have the quality and skill level of the employees we have, we would not be successful, at all. Many have been with us for more than 15 years.”

On the wide-format printing equipment front, Hite notes that Image Options is primarily an EFI shop, followed closely by Epson equipment, including another 16-ft. wide-format printer he just placed an order for this year. Image Options also does beta testing for both EFI and Epson, putting the newest innovations in print technologies through their paces and giving feedback about what works and what doesn’t before the machines are rolled out more widely. According to Hite, what particularly draws him to EFI printers is their versatility — they can produce a very wide range of jobs, on a large range of substrates, and can do short or medium runs without missing a beat.

What Does the Next Chapter Bring?

While Hite is still very involved in Image Options' strategy, he has also spent more time the past several years working to support the industry as a whole through organizations like PRINTING United Alliance (formerly SGIA). Hite also sits on the boards of several industry publications, and has participated in a number of printer panel discussions, helping to pass on his knowledge of the graphics industry and help educate the next generation.

“I’m just trying to work with people, and especially help people that are startups,” Hite notes. “I can fill in where they lack the knowledge base, and with what they don’t even know that they don’t know. If I knew what I know today when I started, I would be in a very different position. 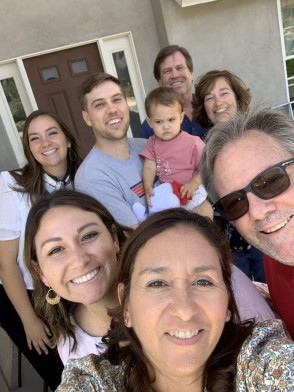 The Hite family poses for a group shot with his son-in-law’s parents.

“Just giving back, and a willingness to help others in need, have been key to the success of Image Options,” he continues. “I see that continuing.”

Brian Hite is a gentle giant, proclaims Rich Thompson, president of Pompano Beach, Fla.-based AdGraphics. “Most of us can only aspire to reach the level of greatness that Brian has already achieved. His accomplishments run circles around what the rest of us only dream of. To meet him, you would never know this — he is one of the nicest, kindest, big-hearted, unassuming people you will ever meet.

“His sincerity and honesty are at the core of his being, and his balance of intelligence and common sense are a rare trait,” Thompson adds. “There are few people in our industry that I hold in high esteem [like] I do Brian.”

Hite has two daughters, both in their 20s, two grandchildren that he enjoys getting to spend time with, as well as his “grandpuppies” that come to visit along with his grandchildren. He also enjoys golf, being on the ocean saltwater fishing, and shooting.

In addition, Hite really enjoys spending time with other business owners in the printing industry, counting them as friends as well as colleagues. “Some of my best friends are other company owners, vendors, and other people I’ve met through SGIA,” he notes.

“Brian has gone from being an industry acquaintance, to a good personal friend, because of his intellect and willingness to share information to assist others,” Terry Corman, owner of Indianapolis-based Firehouse, points out. “To his credit, he has retained his great sense of humor and personal warmth, after his years of experience through the ups and downs of the printing industry. Brian is an industry leader in every sense of the word.”

All of that said, Hite has no plans to slow down any time soon. He will continue to help steer Image Options’ growth into new markets — home goods and rigid dye-sublimation are two areas he’s been exploring — while staying involved in industry associations and other educational opportunities. Hite will also continue to mentor the next generation at every turn, and to strive to exceed his own high expectations and strong work ethic that have been the hallmark of his entire professional life.

And his induction into the 2021 Printing Impressions/RIT Printing Industry Hall of Fame is a testament that hard work and a willingness to lend a helping hand do, in fact, pay off.