Paper shortages are the stuff of nightmares: the kind of existential threat to commercial printing companies that keeps owners and managers up at night. A perfect storm: First, shrinkage of the commercial sector over the past decade means, for paper mills, the manufacture of printing and writing grades are less of a priority. The mills now focus more strongly on higher-margin packaging.

To that reality — which is enough of a challenge to begin with — is added pandemic-related supply chain issues magnified by labor shortages and shipping delays. On top of that, a prolonged strike at UPM, a Finnish paper manufacturer, has further shrunk supply.

Have to Think Differently 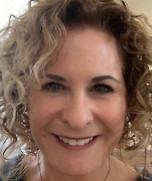 For Christina Esparza, VP of operations for InfoIMAGE, a transactional printer with locations in Coppell, Texas, and Brisbane, California, the shortage came as somewhat of a surprise. InfoIMAGE, which mainly uses inkjet printing onto a mix of rolled and cut-sheet stock, primarily uses standard, 20- to 24-lb. uncoated stock.

In June of 2021, Esparza started to receive supply-focused vendor notifications, which means she and the InfoIMAGE team “have had to think differently.” With supply challenges have come price increases. With numerous paper price increases in the past year, she reports that the “cost has more than doubled.”

More than shortages, Esparza says the company is experiencing delays in deliveries. As a transactional printer, InfoIMAGE has had to increasingly plan in advance to control inventory and to ration what they have on hand to handle a year-end spike in regulatory communications to customers. “We also started outsourcing things that could be done elsewhere,” Esparza notes. Regarding the current challenges, she doesn’t expect shortages to get worse this year, and hopes price increases will slow down: “That’s the biggest hit for most of our customers,” she adds.

In communicating with customers about the shortages, InfoIMAGE has asked them for better projections for work coming their way, and is also urging them to explore duplexing and smaller font sizes. Further, the company is undertaking more consultative conversations with customers to help them understand the need for flexibility in stock to meet deadlines. To conserve current inventories, InfoIMAGE has minimized its pre-printing of shells and redoubled its efforts to carefully proof jobs before a print run begins.

Nothing Short of a Nightmare 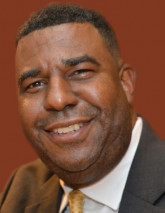 BCP Digital Printing, located in Baltimore, is an all-digital shop with a focus on book printing. Company CEO Damani Coates says he started experiencing paper shortages as early as June 2021, and that it has been a progression. First, it was in coated stocks, but now it’s every type of finish, including cover stock, and uncoated is also in very short supply, he reports.

Securing paper supply has become an essential part of bidding on a job at BCP Digital Printing. Coates says the company’s house stock, which is purchased by the truckload, was ordered in early August of last year, expected by Dec. 31, but wasn’t received until the second week of January. “It is nothing short of a nightmare,” he says.

BCP Digital Printing has experienced a couple of price hikes in recent months, resulting in what he estimates as, “easily a 20% increase.” This, coupled with shortages and delivery delays, is changing paper-buying behavior across the industry. “What we have found in the market space,” Coates says, “is that you have to be greedy.” This means purchasing what you can, when you can, and no longer relying on just-in-time inventory approaches. While Coates says, “We are praying that it gets better very, very soon,” he expects shortages to be prolonged, noting he has received no indication of improvement from his substrate suppliers.

BCP Digital Printing has had success in steering customers toward alternative, more available, materials. “In the summer [of 2021], clients wanted what they wanted. But it’s evolved to where more clients are amenable to alternatives,” he points out. Clients want their product, he says, even if it is not on their preferred stock. Additional costs for alternative grades are passed on to customers. Today, the company’s primary strategy is to undertake constant check-ins with its suppliers to maintain supplies above baseline levels.

Difficult, to Say the Least

Asked if his company, Royle Printing, a primarily web offset shop serving the publication and catalog markets, is feeling the pain of paper shortages, Chris Carpenter, president and owner, says, “I would be remiss if I said we weren’t. The past six to nine months have been difficult, to say the least.”

He says that paper shortages, plus the extra pressure of other supply issues, have forced his Sun Prairie, Wiconsin-based operation to be nimble. Carpenter adds that Royle is a growing company, but that growth trajectory is being challenged by paper allocations based on previous-year figures. Despite these challenges, he says the company is “fortunate to be able to keep things on track.”

During the past six to nine months, Royle Printing has seen price increases between 25% and 40%, depending on paper, type, basis, and weight, according to Carpenter. Among the challenges of paper shortages, he notes, is receiving shorted orders — such as expecting three rolls, but only receiving two. “It becomes a timing game,” he admits. “We have to get creative with standing inventory. It’s created a lot of work for our paper people.”

Carpenter adds that while the shortages from mills in Europe —particularly UPM — have brought challenges for webfed printing, much of the paper for the cutsheet market comes from Asia, and those products have been mired in shipping and delivery delays.

While Carpenter says he has received no definitive word from suppliers about when paper shortages will abate, he is hopeful that it will be after the second quarter of this year, though it may extend into the fourth quarter. He also notes that price increases for Royle Printing have slowed.

The company has also been successful in helping its customers find alternative stocks. He says that in the publication business, customers “will stick with print. If they give us latitude with options, that helps.” Longer-term planning also helps alleviate the shortage.

One advantage Royle Printing holds, according to Carpenter, is a modern manufacturing platform and a talented workforce. This allows the company to practice good habits, perform quicker makereadies, and better manage inventory. “It keeps us healthy,” he says, “and minimizes waste.”

David Zwang, Zwang & Co.: “The current printing and writing paper shortage can be attributed to the significant uptick in print demand post-pandemic, coupled with mills having closed and/or retooled to focus on higher value and volume media as commercial print volumes declined pre-pandemic.

“While this will eventually stabilize as mills come online and inventories are replenished, in the interim, print services providers and their customers are finding they need to show more flexibility in selecting stock.”

Marco Boer, I.T. Strategies: “The current paper supply challenges have two key effects upon commercial printers and their customers. First, with limited capacity, mills are shifting production to more premium grade papers since those are more profitable. Second, this is putting further pressure on print buyers to only print output that has an immediate impact, since they can’t afford to have waste.

“Combined, these factors are accelerating the shift toward digital production printing, which is able to more efficiently produce shorter runs, and accommodate more frequent messaging changes than what offset print is able to provide.”

Mike Philie, The Philie Group: “The scarcity and inconsistency of paper is reshaping the landscape of the commercial printing sector. It’s an upheaval of the norms for sure. Those with the financial strength are working diligently at leveraging their existing relationships, as well as uncovering new, untapped resources.”

US Paper Market Outlook and End to UPM Mill Strike