Commentary: Print Is a Medium on Steroids. Promote It as Such 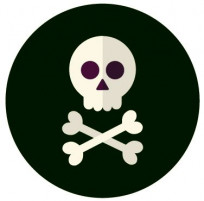 Imagine, if you will, that when you woke up this morning, your spouse, who is lying next to you in bed, draws back with a start, exclaiming, “You’re not dead!”

What a curious thing to say, you think. You arise, brush your teeth, dress and leave the bedroom, only to be greeted by your children chanting, “He’s not dead, he’s not dead!” You wrinkle your brow in puzzlement. No, you aren’t dead, and you never were, at least not the last time you checked.

Off you go to work. No one at your workplace says anything strange, but others take up the cry. If you work on the loading dock, truck drivers seem surprised to see you when they arrive to pick up shipments. “I didn’t expect you to come here anymore,” one says. “I thought you were dead!”

Perhaps you work in sales. How frustrating it is to have your customers exclaim, “We heard that you were dead!” Some outright refuse to see you. “No, no, it can’t be him; he’s dead,” you hear one yell across the room to the receptionist as she denies you entry.

Another greets you with a look of genuine puzzlement. “We had heard you were dead,” he tells you. “Or at least deathly ill.” You have to admit that you’ve had some serious moments of sickness in the last few years. “I’m getting better, really,” you protest in a Monty Python-like manner, but your cries seem to fall on deaf ears.

This doesn’t happen on every sales call, but on enough to be discouraging. You can’t figure it out. You are clearly alive, yet as in a scene from “Catch-22,” many seem to have it on good authority that you are dead and nothing is going to change their minds.

That night as you unwind at a neighborhood cocktail party, you see old friends and try to make some new ones. When introduced to someone, they laugh and ask, “Aren’t you dead?” It is more of a statement than a question, as if everyone who is anyone knows that you are dead.

Now imagine that this scenario repeats itself day-after-day in an eerily Groundhog Day-esque fashion. You’ve grown so used to this strange reaction from everyone that you begin to preempt them by announcing “I’m not dead!” whenever you enter a room.

The sad fact is that you have become so traumatized that you’ve begun to say this even to those who never insinuated that you might be dead. Your annual Christmas letter emphasizes the fact that you are not dead. You include your resting heart rate and blood pressure reading, certain that these statistics will convince people that you aren’t even a little bit dead.

While meeting with prospective customers you now begin your sales pitch by noting, “I’m not dead,” with a tinge of pride in your voice, as though this is your biggest selling point. Prospects who never once implied that you might be dead react, as one might expect, in a rather startled manner to this bald (and unnecessary) pronouncement.

Yes, this is a ridiculous scenario. It is also exactly what the printing business is doing to itself.

I’m not exaggerating. People are literally using the headline “Print Is Not Dead” in articles, postings and marketing collateral in a misguided attempt to spark interest in the medium of print. I monitor the trade press closely, and I’m getting tired of seeing this headline daily.

This won’t work. If you told everyone you meet “I don’t beat my wife,” pretty soon folks who never thought you did will begin to wonder if you do. If your wife ever gets a bruise, they’ll really suspect. Otherwise why would you be so vehement in your denials?

At the very least, we need to start selling print the way we should have been doing it all along: as the world’s most effective medium of communication and information.

The statistics are clear. The open rate for direct mail advertising, for example, surpasses email by several orders of magnitude. The retention rate for information in textbooks is significantly higher than for ebooks.

Print has demonstrated an unequaled resilience. It is a medium on steroids. Promote it as such, and you’ll live long and prosper. If you don’t take the positive approach, you might end up, well, dead.