One of the Oldest Antique Type Collections in U.S. Finds New Home 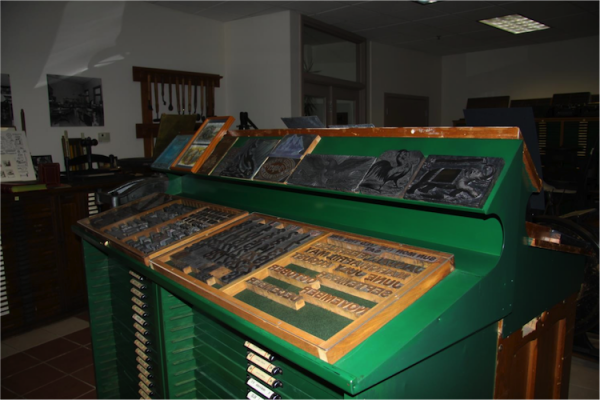 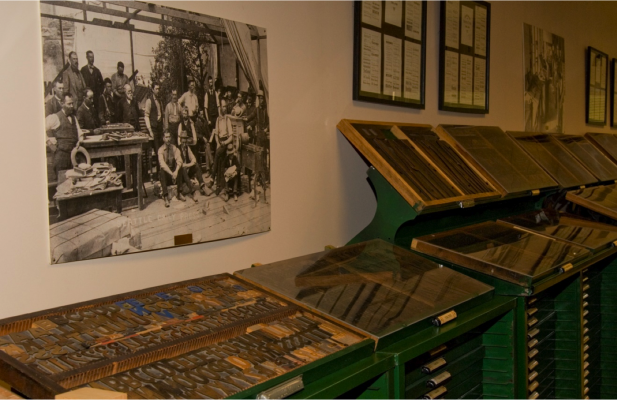 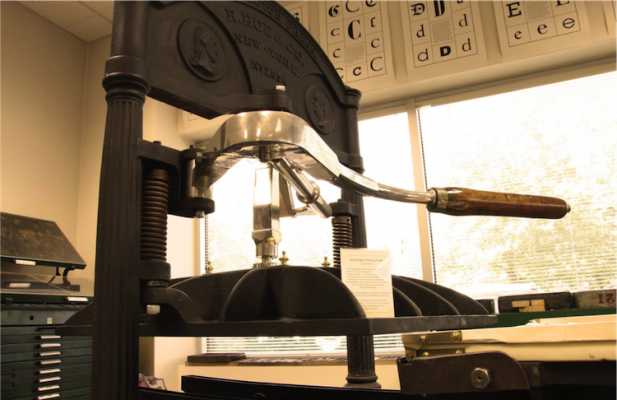 A fully restored Washington press circa - 1868. 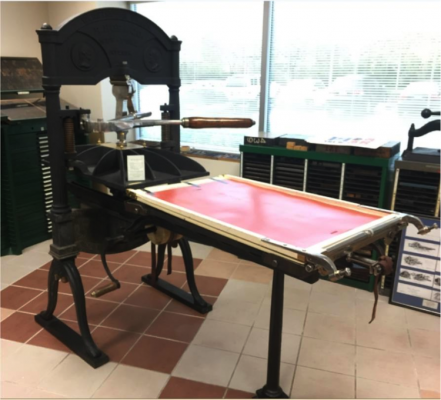 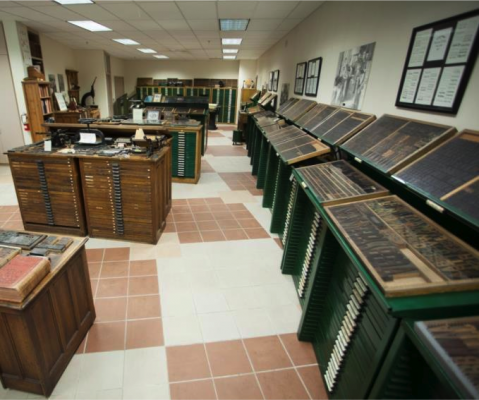 A view from the west end of the collection room. 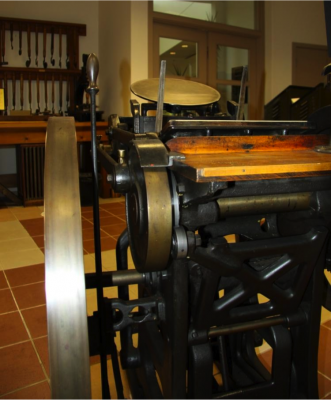 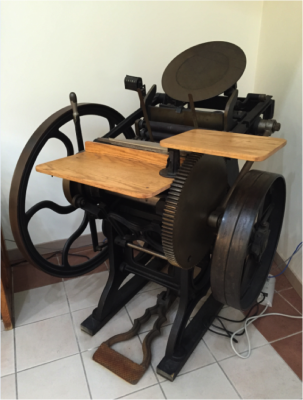 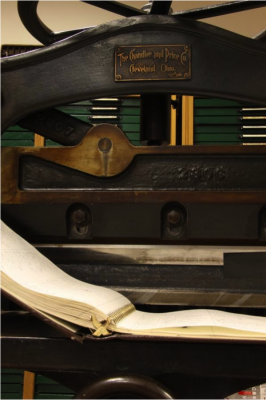 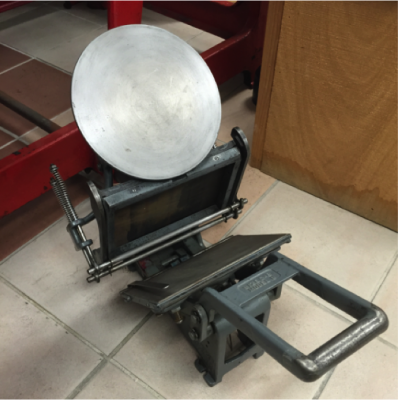 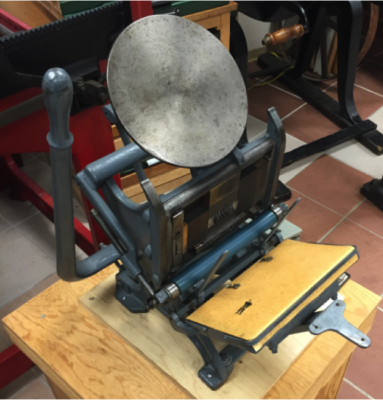 What started out as a hobby by William "Bill" Thorniley that began on his 10th birthday in 1909, has since turned into one of the largest private collections of pre-1900 type in the United States. The history of the Thorniley Collection of Antique Type is just as interesting as the collection itself. Thorniley — who later became a publicist for Black Ball Line (or Puget Sound Navigation), a company that operated passenger ships — traveled extensively for his job, and constantly was on the lookout for old type fonts. He built a print shop in his basement, turning his interest in type into a lifetime hobby.

R.W. (Dick) Abrams, the former chairman of WCP Solutions (formerly known as West Coast Paper), purchased the core of the collection from Thorniley in 1975, but it remained in Thorniley’s possession until his death in 1979.

After considering a sale to the Smithsonian, Thorniley realized that he would rather see the collection stay in the Northwest to serve as an educational resource and to honor the local graphic arts community. This thought was shared by Abrams, who then named John DeNure as curator. During the course of the next several decades, WCP expanded and rounded-out the collection through direct investments and with items from more than 60 donors.

Today, the collection features 64 wood and over 1,000 metal fonts (variations of the alphabet by size and style), eight presses, reference books and many associated tools dating from as early as the Revolutionary War. The type ranges from the oldest in the collection: Union Pearl cast in 1690, to one used to print Gold Rush papers in Alaska, to Antique Pointed, which was once hidden from General Sherman’s troops during the Civil War. The type collection also includes many borders, ornaments and etchings.

"The collection was initially displayed at WCP’s offices in the SODO area of Seattle, where it was showcased in a room built for it at our warehouse there," recalls Teresa Russell, daughter of Dick Abrams and board chairperson for WCP Solutions. "When we moved the business from Seattle to a large, new warehouse in the Kent valley, the collection was moved into a nearly 1,600-sq.-ft., window-walled room just off our lobby."

A lot of people who saw the collection were fascinated by its concept (preserving the history of print). "John DeNure built great relationships with local schools — from elementary to the University of Washington," adds Russell. "One of the most commented about impressions from visitors of all ages was the fact that type had to be set one letter at a time — backwards.”

“When we began to look for a new home for the collection, we had four objectives in mind: keep it in the Pacific Northwest, keep it intact, preserve it for future generations, and place it in the hands of experts who would convert it from a mostly hands-off 'museum' into a working and teaching treasure," explains Russell. "I chose the School of Arts and Communication at Pacific Lutheran University specifically because it is teaching students letterpress printing, along with graphic design and many other hands-on arts and technologies. Another factor was the enormous enthusiasm for the collection by the dean and the staff. Jane Carlin, the library director at The University of Puget Sound, was equally as enthusiastic."

“The process and the products of letterpress printing are beautiful and preserving the craft gives homage to the past and opportunities to future generations. It is a way that WCP Solutions can show its gratitude to printers for our success — printing paper specification and sales is fundamental to our business," she concludes. "On a personal note, I think that there is something about inventing, designing, making and building things by hand that has no equivalent in our increasingly digital world. It is grounding. It is enriching."

Events and opportunities for staff, student, and the public to view and work with the collection are being planned by Pacific Lutheran University and will be announced in spring 2017.