Plan the Succession of Your Printing Company 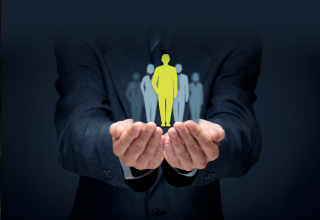 If you’re fond of sports analogies, think about how football teams hold players in reserve to back up other team members when they’re sidelined with injuries. Baseball clubs like to cross-train players in different positions to keep their squads versatile. As they contemplate moving on to the next stages of their lives, shouldn’t owners of printing companies find lessons to learn in these best practices from the world of sports?

In an industry consisting of as many closely-held businesses as this one does, succession planning ought to be near the top of the list of management priorities. In many cases, it is — but we continue to see a lack of it complicating or even undermining successful transfers of ownership. We think this stems from an incomplete understanding of what “succession planning” entails and how much time it can take to do it properly.

Nowadays, exiting ownership of a family printing business is as likely to mean finding a buyer from outside the family as taking the more traditional route of naming children or other relatives as heirs. In either scenario, however, the owner must be certain of having competent, committed people in key roles when the hand-off occurs.

Consider what happened at a company where the inheritors were two middle-aged siblings whose father, the owner, died suddenly. Although they were good at their jobs, their father had never trained them in financial management, a responsibility many owners tend to reserve for themselves. That left the company at a strategic disadvantage and made it less attractive to buyers that the heirs might otherwise have had the opportunity of selling the business to.

The takeaway here is that nothing is more important to succession planning than leaving a sound management structure behind. Many corporations require their up-and-
coming executives to identify both the positions they aspire to and the people who’ll fill their former slots as they climb the ladder. Owners of printing businesses should take the same forward- and backward-looking approach to their exit preparations.

Owner involvement is crucial to the launch and the growth of a printing business, but it can be a hindrance at the end stage if everything continues to depend on the owner’s participation. This is especially true in cases where the owner holds the key account relationships. The less owner-centric a company is, the easier it will be to sell an outcome that can be achieved by having a fully qualified management team in place.

The same advice applies to owners who have wound down their participation and aren’t as involved in day-to-day management anymore. A buyer who finds the company’s management structure inadequate may insist, as a condition of sale, that the owner stay on in an executive capacity during a transition period that could span years. If the owner had invested the same amount of time in training his or her replacements, including a replacement CEO, prior to the sale, there’d be no need for a delayed departure.

Succession planning, however, is about more than just guaranteeing a smooth exit and a soft landing for the owner.

Business continuation for the good of all stakeholders - employees and customers as well as family members - is the overriding goal. Perpetuating a business means protecting jobs and livelihoods, and that strengthens the business by making it easier to retain people in key positions. Employees who know that a sound succession plan is being followed will be more inclined to stay the course during an ownership change than employees who think their career paths are being threatened.

None of this is to suggest that succession planning should put the interests of family members in second place. The best way for an owner to protect those interests - and to avoid misunderstandings later on - is to make clear provisions in a will for how the value of the business will be divided.

An owner, for example, might opt to bequeath a majority share of voting stock to someone who would then become the principal shareholder and decision-maker. This forestalls surprises and enables the business to carry on without conflict.

All of these strategies take time to plan and to “sell” to the people who will be affected by them. Tax considerations also come into the picture - another reason to budget ample time for consultation with qualified professional advisors.

Employee stock ownership plans (ESOPs) are sometimes viewed as potential solutions for succession planning. While ESOPs can work for some owners in some situations, they’re no easy way out. Heavily leveraged, an ESOP can accomplish its objective only if the company grows sufficiently to pay down the debt and protect the value of the employees’ shares. That represents both a risk to the shareholders and a possible red flag to buyers should the company be offered for sale while the ESOP is in progress.

As “succession” increasingly comes to mean the sale of a company, not its inheritance, the buyer’s perspective grows in importance as an element of succession planning. Careful buyers will evaluate both the quality of the leadership team and the selling owner’s degree of control over key aspects of management. If they find the former lacking or the latter excessive, the perceived value of the business could suffer.

This is why a New Direction Partners white paper on succession planning advises that “replacement planning should be the first step in developing an exit strategy for the owner.” With a qualified replacement CEO in place, not only will you be likely to get a higher price for the business if the ultimate choice is to sell it, but you expand your base of potential buyers to include private equity and adjacent specialties where they are likely not to have the expertise to run the business themselves.

We like to use “the beach” as a metaphor for succession planning done the right way. Every owner has his or her own post-succession goals, but getting there — wherever “there” happens to be — is a matter of focusing on the processes and practices that take the most time and distance out of the journey. Or, to paraphrase the proverb, “The best time to begin succession planning was 20 years ago. The second best time is now.”

James A. Russell, partner at New Direction Partners, brings over 20 years of experience as a printing company executive having served as CEO of two family-owned graphic communication companies. During his tenure as owner and CEO of Arbor Press, a commercial printing company in Michigan, the company was an eight-time winner of the National Association for Printing Leadership’s (NAPL) prestigious Management Plus Awards program. Arbor Press was also recognized twice during his leadership as one of the 50 fastest growing printers in the country. Contact him at (610) 230-0635, ext. 703.

Frank D. Steenburgh, partner at New Direction Partners, brings over 45 years of industry experience, including the past 30 years in digital and is internationally recognized as an expert in digital printing and publishing. His experience includes corporate officer at Xerox and president of Indigo’s Americas operations. Frank’s value includes a wealth of global industry contacts, a proven track record in development and implementation of business strategies that drive revenue/profit growth and a deep understanding of horizontal and vertical markets. Contact him at (610) 230-0635, ext. 709.