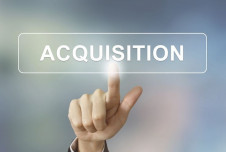 “There’s a struggle in the industry to find qualified employees,” Mr. Flaim said. “By acquiring 21st Century, we were able to gain employees who had deep experience in finishing processes and technologies, estimating, sales, and production. Like our own staff, our new employees are experts in their fields.”

Once he and his partner became interested in purchasing 21st Century Finishing, Mr. Flaim contacted GAA “almost immediately” to help negotiate and structure the acquisition. “Our two firms were friendly competitors. Because the owners of 21st Century were facing financial difficulties, we knew they would eventually be looking for an exit strategy and would most likely be interested in selling,” he recalled. “However, we also knew there were many issues with the company’s creditors, many of whom were vendors that we also used. I knew those issues had to be addressed effectively and preferably by a third party experienced in M&A. That’s why I turned to GAA. John and Mitch used their expertise to work with the vendors professionally and with integrity and structure an agreement that benefitted all of us—our company, the seller, and the vendors.”

“We were pleased to bring this acquisition to a successful conclusion in which all parties were treated fairly and came to a mutually satisfying agreement,” said GAA’s John Hyde. “We wish all involved much success.”

Having GAA handle the financial aspects of the deal freed Mr. Flaim and his partner to focus on another critical factor in a successful acquisition—integrating the culture of the two firms and bringing the acquired firm’s employees on board.

“As I noted, all of our employees coming from 21st Century are highly experienced, but we’re now helping them learn our policies and procedures by shadowing our employees,” Mr. Flaim noted.