The Offset Opportunity: A Prevailing Choice for Package Printing

New technology in offset printing offers opportunities to cut costs and makeready times and to increase quality control, ultimately winning over new customers and satisfying existing customers. But first you need to know what options are available.

He explains that it was the repeatability and technology control that made folding carton work so attractive to the company. Prior to transitioning to packaging, Vista Color had expanded into multiple buildings. But after making the switch, Hernandez says this was a “nightmare logistically,” because folding carton work is all about logistics and velocity. 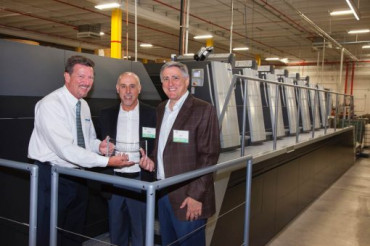 About four years ago, it moved into a larger facility and added a seven-color Heidelberg press with a dual coater and “all the technology we could get,” Hernandez says. Then, in 2016, the company realized it needed to add a new press as a backup, so it purchased a six-color Heidelberg Speedmaster XL 106-6+L with coater and Intellistart 2 software, which Hernandez explains is a game changer.

The new technology allows operators to queue up to 30 jobs at one time with Push to Stop technology, increasing its efficiency and speed. Not only that, the new press offers advanced plate loading and faster makereadies, which is crucial in an industry where turnaround time is a key selling factor.

One of the trends that Hernandez points out is that offset technology for folding cartons is evolving at a faster rate. That is partly due to the greater need for consistency, both from a brand owner’s perspective and also from a consumer’s.

“Newer technology in folding cartons is critical because we’re facing more issues with quality control,” he explains. “Now, when you’re walking down an aisle and you see products on the shelf, if you have a rainbow of coloring or they look poor, the product doesn’t sell. You have to be very consistent. In the commercial world, if you get a magazine, and your cover is a little redder than mine, it doesn’t really matter.”

Another major development is advanced inner station drying systems that allow operators to create effects that were previously impossible to achieve in one pass through the press. The ability to layer dry inks and coatings through the press make many color combinations and embellishments achievable in a single pass, Fifield explains. Meredith-Webb has four KBA presses with this capability, two of which have twin UV towers. Availability of color units is also important. Three of these presses have six color stations and one has seven. Sheet size is no longer a major limitation since Meredith-Webb has a large press, measuring 58.66x 80.7˝.

He explains that advancements in technology have allowed Meredith-Webb to offer customers a wider range of color. Much of this is due to advancements on press, but recent developments in ink manufacturing and precise digital measuring ensure the results clients seek. Even a previously simple selection of black ink is now a choice involving many varieties of black, not only as a match ink but as different builds using four-color process.

Fifield explains that coatings have greatly improved, making embellishments more attainable for customers with Meredith-Webb’s diverse capabilities. Not only have the advancements in coatings in a single pass on offset presses increased Meredith-Webb’s capabilities aesthetically, Fifield says that coatings can also be used as a counterfeit-prevention method. A spot or overall coating can be added on a folding carton, while a second coating unit is used to stamp an image into the first coating down, creating in effect a 3D image while remaining completely flat. Duplicating a graphic like this is difficult, which makes counterfeit packaging much less likely.

Another popular technique that is growing in the folding carton market, Fifield explains, is the use of soft-touch coatings, especially on darker colors. He says this simple embellishment increases a folding carton’s feeling of quality, in turn making the product feel more valuable. 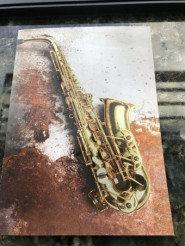 Actega’s Mirafoil can be applied to substrates as an alternative to foil. Image courtesy of Meredith-Webb.

“There are new effects all the time and I am often amazed at the results,” he says. “Sometimes it’s hard to believe a stunning graphic combination was achieved on a litho press.”

Years ago, the importance of color control and quality in folding cartons caused Vista Color to take a long, hard look at the markets that it was serving. Since folding cartons, especially in the consumer goods space, leave little room for variation, technology has evolved to adapt to consumer expectations.

First, he points out that processes in general are becoming faster and more automated, impacting the characteristics of the ink. Substrates are also evolving, such as the desire for more recycled substrates, which has an effect on how ink prints, especially at higher speeds. Color and quality control are a much bigger concern now than they were in the past, he says, while the use of press scanners for color consistency has also increased. Because of that, he mentions that more presses now have built in color management technology to automate the process.

“Color management is advancing steadily among printers we work with,” he says.

This is mainly because printers and brand owners are becoming more involved with managers of the brand colors to meet expectations, Dragoo explains. That requires more quality checking during the printing process, but technology has advanced to allow for real-time reporting on color accuracy during print jobs.

Because of the rapid advances in offset technology and the concern for color consistency, ink has had to follow suit. Dragoo says that ink now needs to print at high speeds without misting which can be adjusted, but new technology is available to counter the problem. Dragoo says that it is also more common now for printers to offer expanded gamut in place of spot colors. This, he says, is probably due more to an internal pressure to reduce costs, rather than pressure from consumer demands. This may be cause for a rise in seven-color offset technology among printers.

As for low migration inks, Dragoo says that he urges printers to begin looking into cleaner and safer alternatives to traditional inks. As printers begin to push their boundaries and explore new markets, it’s important to be prepared to meet regulations that may arise in certain areas, such as food and pharma.

“It’s much easier to sell a new job into a new printer when you’re already using those types of inks to begin with,” he suggests.