There are No 'Safe Spaces' in Business 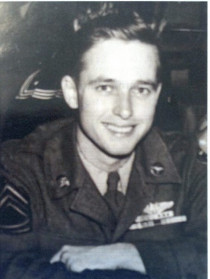 Ernie’s funeral was yesterday. He lived a long, full life, passing away just a few days short of his 94th birthday. The memorial service concluded with a touching flag presentation by the Air Force while taps was played by a bugler, reminding us all of Ernie’s service in World War II.

Ernie was only 19 years old when he entered the Army Air Corps in 1943. He and millions of others were simply doing their patriotic duty.

Ernie was sent to the Pacific theater of war, where he flew in a B-24 “Flying Coffin” bomber. The nickname of this plane wasn’t a joke. Consolidated Aircraft’s B-24 Liberator was notoriously fragile and much easier to shoot down than its Boeing-built counterparts, the B-17 and B-29.

Once a B-24 was disabled by enemy fire it was nearly impossible for the crew to evacuate due to the far rearward location of the sole exit door. Hence, the “Flying Coffin” moniker.

Ernie was still a teenager! Not even old enough to vote or drink in most states, having lived his entire life under his parents’ roof, he was sent halfway around the world to live and work under brutal conditions, facing a high probability of death. The best he and his comrades-in-arms could hope for was to live out the carnage intact so that they might return home someday.

There was nothing safe about what Ernie did. Death was a daily companion, swift, relentless and cruelly arbitrary in its selections.

A handful of universities have begun allocating “safe spaces” to which students can retreat when they feel threatened or challenged. Some student advocates of these so-called safe spaces have publicly expressed horror at being exposed on campus for the first time in their lives to people whose opinions differ from their own.

This is not true everywhere, nor does it apply to all young people. It certainly does not apply to my own college-age children. Yet its very existence raises an unforeseen concern for the future.

Business is inherently risky. Contrary to the blathering of reporters and politicians who attempt to paint business people as robber barons, entrepreneurs take tremendous risks when starting up.

Unlike war, the danger is not to life and limb, but to capital. Executives make decisions fraught with risk every day. One wrong move, and profits, jobs, even entire companies, can be wiped out. There are no “safe spaces” in business, a concept that the general public seems to have trouble grasping.

Most business successes have been the fruit of risk-taking. Entrepreneurs often sink their life savings into their start-ups, as well as mortgaging their homes and raiding their retirement funds. They know the odds are against them, yet the brave persist, believing in themselves, their abilities, their product and their cause.

Once a business is established, the risk continues, and never ends. Old markets dry up and must be replaced. Technology — moving at the speed of light — renders machines, offices and entire factories obsolete. A bad decision regarding capital equipment or a marketing campaign can quickly wipe out past successes.

In my own field of digital printing, a massive change in the manufacturing process is underway. The use of beams of light to adhere toner to paper is being superseded by jets of ink. These new inkjet machines cost roughly 10 times as much as the prior technology to acquire. The investment presents a significant risk for everyone in my field, but not making the investment is equally risky.

Such decision-making is not for the faint of heart. In the real world there are no safe spaces in which to retreat.

Let’s clarify: risk in business (and in life) shouldn’t mean doing something rash or stupid. It means taking a calculated chance, an educated bet if you will. The educated part is crucial. One important way to minimize risk is to listen carefully and respectfully to dissenting opinions, which is diametrically opposed to the concept of safe spaces on college campuses. Wouldn’t it be ironic if something created to avoid perceived danger actually increased risk?