Modern Litho, a full-service magazine, catalog and commercial printer headquartered in Jefferson City, Mo., announced today that it acquired James Printing of North Kansas City. According to Modern Litho, the acquisition of James Printing is part of a planned expansion that will bring comprehensive digital and offset printing, mailing and wide-format output services to the Kansas City market. 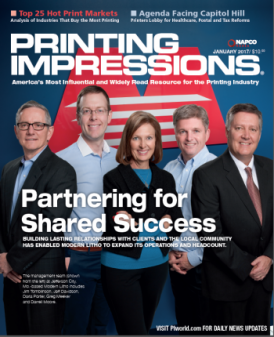 “A Kansas City location has been a target for expansion for us for many years," comments Darrell Moore, president of Modern Litho. "We found James Printing to be complementary to our company, not only in its quality of product and service offerings, but also in its culture and values. We will continue the tradition James Printing has been known for in serving clients, and enhance the client experience with further investments in the latest print technologies."

With up to 40˝ sheetfed offset press capabilities, and the addition of the James Printing team, the stage is set for further expansion into other Midwest markets. James Printing houses Komori and Heidelberg sheetfed offset presses, as well as Konica Minolta digital presses that image up to a 13x20˝ sheet for static and variable products such as fliers, postcards, promotional materials and short-run booklets. Finishing capabilities include saddle stitching perfect and plastic coil binding, as well as foil stamping/embossing, folding and gluing, diecutting, and mailing and fulfillment services. 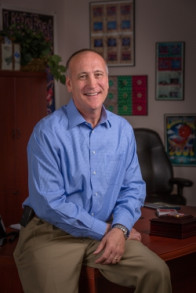 Evan James, president of James Printing, adds, “I sought an affiliation with a company that will honor what we’ve built over the past 40 years and expand on it to create an even more comprehensive print and graphic communications organization. I highly regard the leadership of Modern Litho both personally and professionally, and believe James Printing will continue to grow and thrive under the new ownership.” James will continue in his role as president of the company.

The acquisition of James Printing is the continuation of a strategic growth model that began in 2013 when Modern Litho purchased St. Louis-based Midtown Printing, now Modern Litho – St. Louis, into its family of companies. Founded in 1965, Midtown employed 30 workers at the time of the acquisition. With offset and digital printing, Web-to-print solutions and cross-media campaigns, Midtown specialized in nonprofit and corporate communications, publications, direct mail and custom marketing collateral.

At the end of March 2018, the St. Louis operation moved into a new facility. Located at 5111 Southwest Ave. on The Hill, it encompasses more than 24,000 sq. ft. of production and administration space, and allowed for expanded services in the St. Louis market, including direct mail, enhanced digital printing, wide-format, onsite storage and fulfillment. It is located adjacent to long-time industry partner, St. Louis Pre-Sort, whose real estate holding company owns the property. The companies have similar goals to use available warehouse space for onsite storage and fulfillment programs.

Headquartered in Jefferson City, Mo., Modern Litho has been in business for more than 80 years and serves verticals such as to nonprofit and member-based organizations. Regarded as a premier printer of specialized publications and catalogs for niche markets, its capabilities include offset printing, finishing and distribution of marketing and member communications, variable data printing, direct mail and mailing services. A G7 Master Qualified Printer, Modern Litho also holds FSC and SFI chain-of-custody certifications.

Privately held Modern Litho was listed No. 158 on the most recent annual Printing Impressions 400 ranking of the top 400 printers in the U.S. and Canada, as ranked by annual sales volume. It reported sales of $31.78 million in its most recent fiscal year, an increase of 7% over its previous fiscal year. Click here for the complete PI 400 rankings. A profile of Modern Litho also appeared as the January 2017 cover story of Printing Impressions, which can be accessed here.