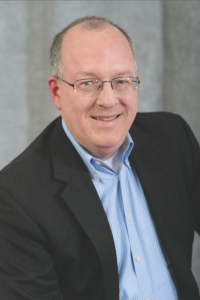 Michael Wurst is the grandson of Henry Wurst, who founded the printing company more than 80 years ago.

Sadly, though, it will also mark the end of the three-generation commercial printing namesake in Kansas City that had been founded by Henry Wurst more than 80 years ago, and that was currently being led by his grandson, CEO Michael Wurst, with six other family members also involved.

"I always say that business is tough, and being a family business is tougher," Michael Wurst told Printing Impressions last summer during an interview tied in with his induction as a 2018 Printing Impressions/RIT Printing Industry Hall of Fame honoree. "There are certainly added dynamics to having family involved yet, at the same time, if the business culture is such that the family members don't coast — but work as hard or harder than anyone else — there's certainly an added level of commitment that can be a major positive," he said. "Customers also like dealing with family members, figuring that they have a conduit to the top of the organization if they need it."

Shown above are family members who worked at HWI, including Michael Wurst’s parents, John (who passed away in 2016) and Peggy Wurst.

Unfortunately, it appears that a strong Midwestern work ethic wasn't enough to keep the Kansas City operation afloat. “We are excited by this opportunity to better service our client base," Michael Wurst was quoted in a press release issued yesterday by the Mittera Group. "This deal provides a solid path for growth for all of Henry Wurst’s customers.” HWI was represented by printing and packaging industry M&A advisory specialist New Direction Partners in the asset transaction.

Michel Wurst had been next in line to become chairman of the Printing Industries of America (PIA), but that role was continued by Bryan Hall, president of Graphic Visual Solutions, presumably due to the financial problems that HWI was encountering. Michael Wurst has served in many roles at PIA, both at the affiliate and national levels during a 30-year period. In 2008, he was inducted into the PIA Ben Franklin Honor Society, in large part for his service to the association and the advancement of the industry in general.

HWI was one of the first companies in the industry to install a web offset press and remained a web printing specialist until the mid-1990s, when it began to add sheetfed, digital printing, mailing/fulfillment services and online storefront capabilities for franchises and a range of other clients. As of last year, HWI was an all-Xerox shop on the digital side, operating Nuvera and iGen cut-sheet toner presses, as well as a Rialto roll-to-sheet inkjet printer.

Ironically, HWI had itself acquired select assets of St. Louis-based Universal Printing, a privately held company founded in 1939, in February of 2017. At the time, approximately 100 Universal Printing workers in St. Louis were layed off. New Direction Partners also had a role in that transaction, but this time as the M&A advisor to Universal Printing.

Universal specialized in conventional web and sheetfed offset signature printing and perfect binding of books, catalogs and some publications. Several pieces of equipment were relocated from the Universal Printing facility to HWI's Kansas City plant, including a 38˝ Sunday 2000 heatset web offset press; a six-color, 40˝ manroland sheetfed offset press; a 27-pocket perfect binder; a saddlestitcher; and a large folder.

Universal Printing had almost been acquired by Consolidated Graphics (CGX) in 2013, but that deal fell through when RR Donnelley purchased CGX.

HWI had been ranked No. 55 on the recently released 2018 Printing Impressions 400 list of the largest printers in the U.S. and Canada. (Click here to access the complete, 35th annual Printing Impressions 400 rankings.) HWI had reported $91.5 million in sales for its most recently completed fiscal year, a 14% increase over the $80 million figure reported for its previous fiscal year. Indicating a payroll of 321 workers, the company broke down its sales as being 35% commercial printing, 19% direct mail, 15% books and 12% fulfillment services. It is not known what its current employee head count was at the time of the asset sale, and how many of those workers are employed at the Denver manufacturing location.

Mittera Group was ranked No. 28 on the 2018 Printing Impressions 400, reporting most recent fiscal year sales of $165.8 million, a 25% increase over its previous fiscal year sales of $132.5 million. Indicating 1,000 employees, it broke down its revenues as being 25% direct mail; 20% inserts and other preprints; 10% commercial printing; and as 10% comprising a wide range of services, including graphic design, mobile apps, website development, photography, videography and data management.

Mittera has been very active on the M&A front, including several moves during the past few years alone. In September of 2017, it acquired Parsippany, N.J.-based EarthColor, an integrated marketing solutions provider that operated plants in New York, New Jersey, Florida and Texas. And, in November 2015, Mittera acquired the business of Pioneer Group, in Waterloo, Iowa. The Pioneer Graphics business was then combined with Mittera Group’s Colorfx facility in Waverly, Iowa. Earlier that same year, it consolidated its Wisconsin Web Offset plant in Brookfield, Wis., into its J.B. Kenehan operation with facilities located in Beaver Dam and Waukesha, Wis.

A Mittera representative respectfully declined a request from Printing Impressions seeking more information and an interview about the HWI asset acquisition due to what was described as "a lot of moving pieces with this recent deal."