McCormick Armstrong to Close its Doors After 118 Years 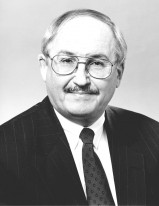 After 118 years in operation, Wichita, Kan.-based McCormick Armstrong announced it is closing its doors. CEO Jake Shaffer confirmed to The Wichita Eagle that the company would in fact be closing, but gave no further information on the advice of his attorney.

The company — which provides digital prepress workflow, web and sheetfed commercial and contract printing, digital printing, fulfillment services, mailing and complex distribution — just recently ranked No. 322 on the Printing Impressions annual list of the top 400 printing companies in the U.S. and Canada, reporting its most recent fiscal year's sales were $11.51 million, a 12% decrease from its previous year's report of $13.03 million. Although it reported a slight downturn in its sales in 2018, in 2017, things were looking up a bit as it reported an increase of 7% in its fiscal year sales on the PI400 list ($13.03 million in 2017; $12.17 million in 2016).

In 2014, after being with the company for nearly 50 years, Shaffer stepped down from his role as president and named John Bobbitt the company's president, although Shaffer stayed on in the role of CEO. At the time, Shaffer said:

As I look ahead at the next 50 years of McCormick Armstrong, it’s an exciting time for the company and for me, personally. Finding a successor like John Bobbitt — someone who has run a highly profitable multi-million-dollar printing business for decades — has allowed me to move away from the daily operations at McA with confidence. I’ve been able to focus my attention on long-range planning for both McA and On Point and I find it exciting to be building that strategic roadmap for our future.

The company's website provides a background of its long history. McCormick Armstrong was started in 1901 by A.G. McCormick "in a one-room loft in downtown Wichita, Kansas. He had a 'jobber,' a few cases of type, and the determination to deliver high quality printing knowing each piece would be used as a sample of his work." At one point, the company was publicly traded in the 1950s and 1960s, but it became private again in 1968.

According to The Eagle, the company notified its employees on Feb. 20 that operations would cease and reported that Shaffer would provide more information about the closure this week.