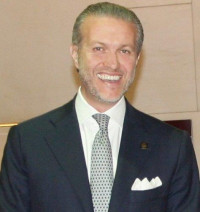 Salt Lake City-based AlphaGraphics has been acquired by MBE Worldwide (Mail Boxes Etc.), a global, third‐party logistics, printing and communications services franchise network based in Milan, Italy. The purchase of AlphaGraphics, from private equity firm Western Capital Resources, comes on the heels of MBE's acquisition this past April of the U.S.-based PostNet franchise system (which I wrote about here at the time). With the AlphaGraphics acquisition, MBE Worldwide now has approximately 2,600 locations in 39 countries and projected system-wide sales of $940 million in 2017.

All three companies currently operate in the business services industry through a network of locations owned and operated by individual franchisees.

AlphaGraphics, a design, printing, marketing communications and promotional products franchisor with about 265 locations, will continue to operate as an independent company and will retain its current management team, including Executive Chairman Gay Burke and President Aaron Grohs. AlphaGraphics’ headquarters will remain in Salt Lake City, and the companies will retain their individual names, business concepts and brands. PostNet has approximately 240 U.S. franchise locations.

“AlphaGraphics is an excellent strategic fit for MBE because of its entrepreneur-driven, people-centric, customer-first business model, which complements our MBE business and culture," said Paolo Fiorelli, chairman and CEO of MBE Worldwide, in a prepared statement. "Also, AlphaGraphics has earned a reputation for technological and service excellence in the highly competitive print, marketing and communications industry in the U.S. We are excited to welcome AlphaGraphics to the MBE family and will work together to provide high-value solutions to our business and consumer customers across the globe.”

Tim Denney, MBE corporate strategy and development officer, told Printing Impressions during a phone call this morning that MBE is "not looking to upset the apple cart. AlphaGraphics is a great business, and we'd like to see it grow faster - both in locations and across customer levels." Denney points to the long-term investment strategy advantages of AlphaGraphics now being owned by a professional franchisor vs. the short-term financial goals typically pursued by private equity funds.

The key drivers that attracted MBE to AlphaGraphics, according to Denney, were similar, entrepreneurially-owned franchise business models, with no company-owned stores; a sole business emphasis on franchises and their customers; a B-to-B, vs. walk-in, customer base; knowledge about design, graphics and printing; and having the combined ownership of AlphaGraphics and PostNet, which now gives MBE a stronger U.S. presence of nearly 500 stores.

(On the most recent Printing Impressions 400, AlphaGraphics was ranked Number 19, reporting most recent fiscal year sales of $299 million. Alliance Franchise Brands was ranked at Number 14, with $400.15 million in annual revenues, and Sir Speedy Print Signs Marketing was Number 18, at $299.97 million. FedEx Office does not divulge its sales and thus does not appear on the list. Click here to access the full PI 400 rankings.)

MBE Worldwide was originally started as an Italian master franchisee of MBE Inc. by Paolo Fiorelli and his father in 1993. They successfully expanded franchises to several other European countries and eventually acquired the 1,200 Mail Boxes Etc. locations outside the U.S. and Canada from UPS Inc. in 2009. UPS subsequently rebranded its then-remaining 3,800+ U.S. and Canadian stores under The UPS Store brand.

The Target Report: On-Demand Everything

What’s Ahead for Industry M&A in 2021 and Beyond