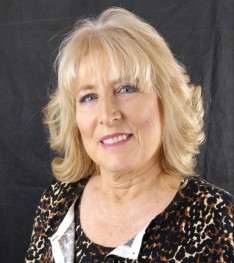 Ask Marianne Gaige what defines her vision for Cathedral Corp. and she wraps it up in a single word: focus.

The idea of a singular, unwavering focus on the core values and mission of the company has been the driving force for Gaige’s decisions since she took over the helm in 1996. Since then, she has grown Cathedral from a $3 million church envelope printer, to a complete marketing service provider with specialties in e-presentment, cross-media, and data. Cathedral serves 5,000+ clients in the nonprofit, health care, banking, and government segments, and a wide variety of other industries.

Focus kept Cathedral on track during the recession, maintaining profitability when other companies were going out of business. Focus created a tight-knit culture in which the average tenure of its employees and clients has hit nearly two decades.  Focus has continued to propel Cathedral through industry change, enabling it to reach No. 129 on the most recent Printing Impressions 400 list (Click here to access the full list).

“There are really only three ways for a company to compete and have a value proposition today,” Gaige says. “You can be the lowest cost. You can create the newest products. Or you can have customer intimacy, wrapping your arms around the customer. That’s where our focus is.”

Gaige came to Cathedral out of Harvard Business School, followed by two years as a manager with Price Waterhouse (she spent five years at Price Waterhouse in total, with three years as a CPA before going to Harvard). The management of Cathedral was growing older, and the company’s leader was looking for someone with fresh eyes to build a new team.

Even though Gaige had bigger opportunities, she was drawn to the ethical business practices and strategic vision of this small printer. “I had the opportunity to work with bigger organizations,” she points out. “But what I really wanted to do was run a company. I have always believed that you could be both a profit and industry leader and a humane and rewarding place to work.”

Cathedral’s board was so pleased with her performance that it promoted her to chairman and CEO in 2013.

Although committed to the bottom line and strategic growth, Gaige insists on achieving these things while maintaining the same ethical standards on which the company was built. For her, this starts at the top. She holds herself accountable, and when it comes to interacting with others, she is first and foremost nice.

But don’t yell too quickly. Gaige doesn’t get it wrong too often. She is an uncanny leader who has not only led Cathedral to success, she is leading others there, too.

Gaige has sat on eight boards of directors (six currently), including Lifetime Healthcare/Excellus Blue Cross Blue Shield, Adirondack Bank, Utica College, Printing Industries Alliance, and the Tennis Hall of Fame. In 2020, she will become the chairman of the board of directors for Excellus Blue Cross Blue Shield. Gaige also participates in the Women’s Leadership Group in the Mohawk Valley, which consists of 25 women who are either CEOs, presidents, or executive directors of their respective companies, colleges, and nonprofit organizations.

“She is a visionary,” Eve Van de Wal, a regional president for Excellus, who has known Gaige both personally and professionally for nearly 10 years, says. Van de Wal serves with Gaige on a number of boards and participates in the Mohawk Valley leadership group, as well. “Plus, Marianne is very detail-oriented. Usually, someone is one or the other — visionary or technical. She’s both.”

In fact, when Gaige is on a board, Van de Wal notes, she’s never just “on” the board. “She’s on the executive board and chairs one of the subcommittees,” she says. “Marianne doesn’t know any other way but 110%.” 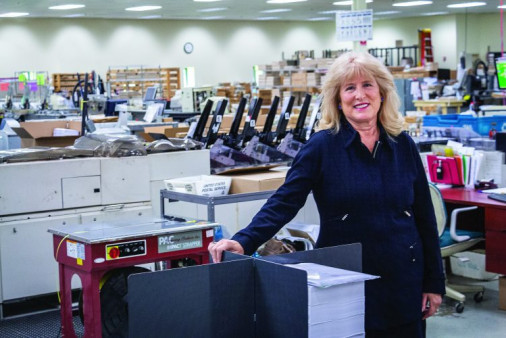 Judy Sweet, president of Strategic Financial Services, is a fellow member of the Women’s Leadership Group and also a longtime friend (20 years). She adds “humility” to this description.

“There is no ego in her leadership, which is unusual in leaders,” Sweet points out. “Marianne has the ability to listen to very complex problems and ask very pertinent questions. She is kind and respectful of other people’s opinions. She doesn’t ask questions to show people how smart she is. She really wants to know. These are things you don’t often find in a CEO.”

Because Gaige has focused primarily on community-based organizations and nonprofits, Cathedral’s customers tend to be smaller than many of its like-sized competitors (although it has its share of large ones, too). “We can prove to them that we can provide them with customized and personalized financial, marketing, and fundraising communications that are as good as anybody’s,” Gaige says.

Indeed, while Cathedral’s sales have slowed from time to time, the company has never stopped growing. Even during the Great Recession, Gaige was investing. In 2009, Cathedral became the first company in the U.S. to install a full-color
Xerox 980, which Gaige used to transition most of the company’s statement customers to a full white paper workflow right away.

“As a lot of people were cutting postage, cutting pages, our customers started seeing the value of transpromotional marketing and their statement pages actually increased,” she says. “We went from 1.8 to 2.3 average images in a package to four to five.”

Gaige led Cathedral to be one of the first companies to make the investment in cross-media and e-presentment, as well. In 1998, she received approval to make a $3-$5 million commitment over the next five to 10 years. Initially, Cathedral invested in BlueGill Technologies (which was purchased by CheckFree), but ultimately built its own platform.

In 2015, Gaige also led the charge to embrace the shift from offset and digital toner to inkjet. The rollout started with a Xerox Impika Compact for the Orlando, Fla., location. During the next three years, Cathedral successively rolled out Xerox Impikas for its Lincoln, R.I.; Rome, N.Y.; and Orlando, Fla., plants, too.

Despite all of the growth at Cathedral, you know what hasn’t grown? Turnover. The average tenure of its employees is nearly 20 years. “I’m so proud of our team,” Gaige says. “We don’t do everything right, but we work hard and do a lot really well. Our employees are very committed.”

This is why Gaige also doesn’t believe in hiring part-time workers. “We ask a lot of our employees in this industry,” she says. “Commitment is a two-way street.”

Cathedral’s customers are committed, too. Of its top 20 clients, more than a dozen have been with the company close to 20 years. Its largest customer came on board in 1994. 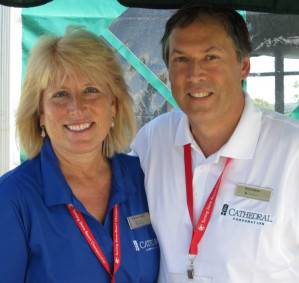 Marianne Gaige describes her husband Peter as the funniest man she’s ever met and a wonderful father to their daughter, Lana. Above, they are attending a charity golf outing together at the Turning Stone in upstate New York.

As much as Gaige is committed to Cathedral, she is equally committed to her husband, Peter, an attorney, and her daughter, Lana, a junior in high school. When Gaige became CEO, her husband left private practice to help the couple raise their daughter. He also works with the company on regulatory and other legal issues.

Gaige describes Peter as the funniest guy she’s ever met. “I’ve been crazy about him from the day I met him,” she notes. “He is a great example of a dad who is incredibly supportive of his wife and his daughter. I feel really blessed.”

But her family is blessed to have her, too. Gaige is willing to sacrifice deeply for her family. “Instead of flying into meetings the night before,” notes Sweet, “she will stay home overnight, then get up before the crack of dawn to drive instead, just to get in that extra few hours of family time. And, despite her packed schedule, Marianne never misses one of her daughter’s school or sporting events.”

Yet Van de Wal doesn’t let it pass notice that Gaige is fun, too. “When our families hang out, you would never know she’s this high-powered, intense CEO,” she says. “There are two sides of her, yet they are the same. It’s just Marianne who you see as the same person, no matter what role she’s in.”

When not playing hard-charging CEO and super mom, you can find her playing tennis or golf, or switching between reading business books and mystery novels.

Mentoring Women to Excel in Management

Gaige’s commitment extends to her desire to mentor other women in the marketplace. Women hold more than 60% of Cathedral’s stock, and the company has more than 50% women in the senior management team. While this is not something Gaige has pursued consciously, mentoring other women is something that is ingrained in her.

Why does Gaige continue to push herself so hard? Because being CEO of Cathedral isn’t just a job. She truly loves this industry. “Everybody claims that all customers care about is price, price, price; but that’s only true in the absence of being shown the difference,” Gaige contends.

“They need to be shown what is able to be done using great design, great color, and great targeting and personalization, as well as all those other important pieces. Of course customers will leave for the lowest price if we haven’t done our job.”

That’s why she encourages other CEOs to be careful not to encourage a culture that undersells or gives away their products. “Printing is a glorious industry, and so important,” Gaige concludes. “An email doesn’t create the attachment that an incredible printed piece does. Print says, ‘I know you, I care about you.’

“We need to support our industry fully. It is one of the oldest industries in the world. Let’s make sure that we’re standing up for it.”

Optimize Your Company From Front to Back

To Differentiate, Play to Your Strengths

Align Your Capacity to Minimize Constraints