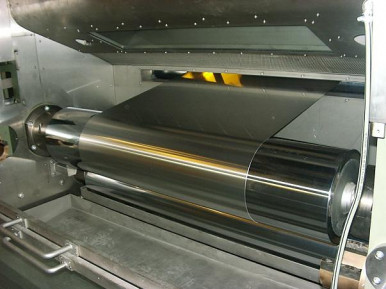 No matter which side of the aisle you find yourself standing on from a political standpoint, the 10% tariff that the Trump administration has imposed on imported aluminum is now being passed through as a surcharge by major lithographic printing plate manufacturers to their U.S. customer bases.

(The paper market, in particular, is facing upheaval with printers facing allocation and availability shortages from mills and distributors, and is being compounded further by the up to 20.26% tariffs that are being charged for imported Canadian uncoated groundwood (newsprint) grades. Click here for my latest update on where the paper tariffs issue stands.)

Surcharges for Litho Printing Plates Now Being Passed Through

Printing Impressions reached out to the largest U.S. litho printing plate manufacturers - namely Fujifilm, Agfa and Kodak - to find out how they are addressing this increased pricing resulting from the tariffs for the specific, higher-grade aluminum that is required for them to manufacture printing plates. Pittsburgh-based Alcoa had been the only U.S. supplier of the specialty aluminum used to make printing plates, but it stopped manufacturing that special grade of aluminum in 2017 in order to focus on other, more sought-after, grades.

According to Richard Rindo, GM of worldwide sales and VP of Eastman Kodak, and Kelly Mandarano, director of worldwide marketing and communications, and VP of Kodak's Print Systems Div., Kodak recently implemented a pass-through surcharge representing the tariff impacts for its printing plates sold in the U.S., which are primarily sourced from its Columbus, Ga., plate manufacturing operation. (Note: the exact surcharge amount may vary, due to the amount of aluminum required for varying litho plate gauges, thicknesses and sizes.)

"We're trying to be as fair and transparent as possible," Rindo said. "It's certainly tough for everyone, but the feedback from customers has been [one of] understanding." He noted that aluminum typically comprises more than 50% of the cost of a printing plate, including thermal, violet and process-free types. "We've spent many years looking at substrates to replace aluminum, but have never been able to find anything that comes close to the performance of litho aluminum."

According to Rindo and Mandarano, Kodak has filed for an exemption on the import tariff charge with the U.S. Department of Commerce, and hopes to get a ruling by mid- to late-September.

Agfa, similarly, is implementing a surcharge due to the aluminum import tariffs effective Aug. 13th, according to Gunther Mertens, president of Agfa's North American region, and Deborah Hutcheson, director of marketing at Agfa Graphics. Agfa has opted to apply a surcharge varying by the gauge for its litho plates, which are manufactured in Branchburg, N.J. Agfa also filed for an exemption with the Department of Commerce last April, and is awaiting a ruling.

"Our plan is a pure pass-through," explained Mertens. "We'll stop the surcharge if the exclusion is granted. And, if we get money back, we'll credit that back to our customers."

He said Agfa is currently sourcing its litho-grade aluminum from Hydro in Germany. Gunther noted that Alcoa, too, had filed for a tariff exemption with the Commerce Department, since much of its roll aluminum is imported into the U.S. from its manufacturing operations located in Canada. It would reportedly take at least a year, even if Alcoa were to decide to re-establish litho-grade aluminum manufacturing, but Mertens doubts that would result in subsequent price decreases, even if that were to happen.

He also pointed to ongoing news reports that President Trump and European Commission President Jean-Claude Juncker have been in talks about the elimination of all tariffs between the United States and European Union countries, but that nothing is imminent and there is no guarantee an agreement will actually be reached.

Fujifilm manufactures aluminum printing plates in Greenwood, S.C., for the U.S. and overseas printing markets. According to a spokesperson for Fujifilm North America, Graphic Systems Div., the steel and aluminum tariffs costs are having an impact. "The industry will now have to face the 'Tariff Tax' on printing plates. Manufacturers, printing companies and publishers would benefit if an exclusion is granted.

"Fujifilm is not alone in having to manage the tariff costs. It was announced that a 'Tariff Tax' would be applied to the cost of printing plates. The long-term financial impact of tariffs on imported steel and aluminum used in the manufacturing of printing plates is uncertain. In addition, the industry is facing tariffs on imported Canadian uncoated groundwood paper, commonly called newsprint.

"We know that the printing and publishing companies, who are already operating on very thin margins may not be able to absorb material increases and will find it difficult to pass along such 'Tariff Tax' increases to their customer bases. The costs from the tariffs may also begin to have an impact on other consumables in the supply chain such as ink and pressroom supplies. This may further erode an industry that employs thousands of U.S. workers."

Partly in response to the rising costs of consumables in general, Agfa, among other companies, has been proactive in developing software and technologies designed to help offset printers lower their overall pressroom costs, such as through ink consumption and makeready reductions. Hutcheson pointed to the recent introduction of InkTune and PressTune software as part of Agfa's ECO3 program.

Similarly, in July Kodak announced its new Decision Analytics Software-as-a-Service offering for its Prinergy Cloud platform. It is designed to optimize the use of consumables by automatically analyzing and predicting ink usage on-press. The ink and plate usage service is designed to help printers base their labor planning, job quoting and consumables purchasing decisions on their own historical and predictive usage data.

In a best-case scenario, the Department of Commerce will grant exemptions on the 10% aluminum import tariffs to all U.S. litho plate manufacturers, and will also issue refunds that can then be rebated back to print customers. Either way, it makes good business sense for printers and industry suppliers to continue to find new ways to increase offset pressroom efficiencies through technology development and waste reduction efforts that lead to reduced consumables usage - tariffs or not.