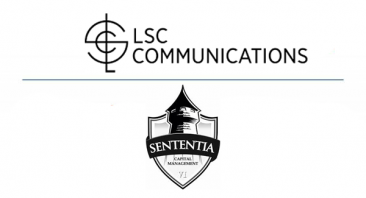 Sententia Capital Management, which directly owns 869,687 outstanding shares (approximately 2.6%) of Chicago-based LSC Communications common stock, has informed LSC that it intends to file a preliminary proxy statement and accompanying proxy card with the Securities and Exchange Commission to solicit votes for the election of its own slate of director nominees at the 2020 LSC annual meeting of stockholders, which has been postponed by LSC.

Sententia plans to nominate Michael Zapata, Timothy Brog, Andrew Hines, Jo-Ann Longworth, David Paterson, and Alexandre Zyngier. According to the value-based capital management investment firm, Michael Zapata — as its managing member — beneficially owns the 869,687 shares of common stock owned by Sententia Group. But none of its other nominees own any LSC securities.

New York-based Sententia, which had already sent a letter to the LSC board of directors on March 9 (click here to read that letter), issued a new letter that appears below on March 18:

Dear LSC Communications, Inc. Board of Directors and Fellow Stockholders,

Your CEO, chairman and the board are failing stockholders. We call on the directors of LSC Communications, Inc. (“LKSD”) to fulfill their fiduciary duties and engage constructively with us and the company’s other stockholders before continuing down the path of a potential restructuring that would massively dilute stockholders, or full bankruptcy.

The "duty of loyalty" requires that directors act "in the interest of the corporation" (Delaware courts have interpreted this to mean "in the interest of stockholders"). In a response letter to us from [LSC Chairman and CEO] Mr. [Thomas] Quinlan dated March 13, 2020, Mr. Quinlan suggests that the board and management have acted to maximize the value of LKSD for the benefit of its stakeholders. We remind Mr. Quinlan and the board of their duty to LKSD and its stockholders.

Mr. Quinlan and the board have overseen the destruction in stockholder value by over 99% since LKSD spun out [from RR Donnelley] in 2016. This is not acceptable, and we believe time is short to prevent the complete destruction of stockholder value at LKSD. Given the accelerated decline in the financial and operational picture of LKSD, it is unclear why Mr. Quinlan and the board do not appear interested in pursuing every possible path to avoid potential bankruptcy, including engaging with our nominees, who have critical restructuring, turnaround and industry experience.

The "duty of candor" requires that the board inform stockholders of all information that is important to their evaluation of the company. Given the recent financial and operational reporting and obvious stress of the company, the board and management should be forthcoming with stockholders and communicate an update on the discussions or plan to address LKSD’s financial situation. Mr. Quinlan claims that the board has the right experience to get the job done, yet rather than engaging with our nominees or communicating a clear plan, the board has instead entrenched itself by putting in place a “poison pill” and announcing the delay of the annual stockholders’ meeting, where stockholders would be able to voice their concerns with the board and vote on our nominees. 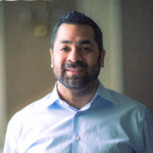 The "duty of care" requires that directors make decisions with due deliberation. We have reached out directly to Mr. Quinlan and have discussed our desire and ability to assist the board and LKSD during this financial and operational decline. Our nominees have robust restructuring, turnaround and industry experience that is required in times like these. Yet, Mr. Quinlan and the board have failed to substantively engage with Mr. Zapata. We believe this is a major failure of the board and a breach of their duties. Simply stating that you have engaged advisors does not mean you are considering all options that are prudent in preserving stockholder value.

No Skin in the Game

In addition to our experience and desire to assist LKSD, we believe our ownership is aligned with stockholders. In Mr. Quinlan’s response letter, Mr. Quinlan asserts that the board and management team own a “substantial amount” of LKSD stock is in our view misleading. The 2019 Proxy’s headliner shows only 3.9% ownership by the board and management, yet only 2.9% are vested. Further, a majority of those shares have been granted to the board. In fact, since 2016, the board has only purchased a total of 0.8% of LKSD stock.

Given this misalignment of interests, we believe Mr. Quinlan may be prioritizing the preservation of his role as CEO and Chairman over the interest of stockholders. As such, we are concerned that Mr. Quinlan may be negotiating a pre-packed bankruptcy or accelerated filings that will allow him to continue with the company in a reorganization at the expense of stockholders.

We have attempted to engage with Mr. Quinlan and LKSD’s board over the past weeks. Since an original phone call and email on February 4, 2020, followed up with a nomination letter on February 24, 2020, and an official letter to the board on March 9, 2020, LKSD has yet to substantively engage with us on behalf of stockholders.

We strongly urge fellow stockholders to express their concerns directly with LKSD and board through the office of the Chairman and CEO: (212) 895-8818.

Sententia and its nominees have the industry, turnaround, restructuring and M&A experience needed to protect stockholder value at LKSD and are committed to working with debt holders on behalf of stockholders, not at the expense of stockholders. We urge the board to act in the best interest of stockholders and provide our nominees with an opportunity to serve.