Kodak Offers an Update on Coping with COVID-19 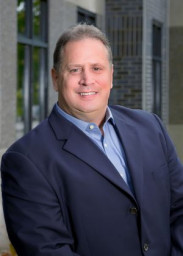 The last time Kodak met in person with trade media editors and analysts was on March 5 – a date right after which “the world changed” because of the coronavirus pandemic, admitted James V. Continenza, executive chairman, in a virtual meeting with the same group on June 2.

He and other Kodak managers used the call to describe Kodak’s COVID-19 response and to sketch the company’s plans for moving forward in a pandemic-altered business environment. They also repeated many of the points they had made in the March briefing, in which they stressed Kodak’s intention to “double down” on its digital portfolio and to become an easier company for customers to work with.

Continenza said Kodak acted fast to protect employees working from home as well as those continuing to work at its factory campus in Rochester, N.Y., where the company holds essential-industry status as a supplier of films, chemicals, and printed circuit boards for ventilators. Kodak also contributed face shields and hand-sanitizing isopropyl alcohol to the anti-pandemic effort.

Kodak didn’t see much of a financial impact from COVID-19 in the first quarter of the year, according to Continenza. After that, he said, things became more difficult because of “a rush on capital everywhere” as businesses of all types – including Kodak customers – tried to conserve cash by stretching out their payables.

Kodak has been lenient with customers who legitimately had trouble paying. “We don’t want to hurt them and put them out of business,” Continenza declared. But, he also acknowledged that he was worried about what would happen to companies now getting by on emergency funding when those government-provided subsidies stop coming.

Kodak, he added, is managing its finances without any form of government assistance, which he described as “just another crutch you’ll have to deal with down the road.”

COVID-19, like the housing market crash, the post-9/11 slump, and other crises before it, is a bad patch that companies like Kodak must and will adapt to, Continenza observed.

“The world changes after each of these events, and we have to change with it,” he said. “The world’s not going to turn off.” To prepare for a rebound into a new set of business conditions, Kodak has used its time on pause to retrain its sales force for the increased amount of virtual selling they are likely to be doing from now on. Thanks to that effort, Continenza said, “we’ve become a video company.”

The Kodak product portfolio is slated to expand with new products that will be announced in a virtual press conference on June 15. They will join PROSPER and ULTRASTREAM inkjet press platforms and their proprietary water-based inks; NEXPRESS and NEXFINITY toner presses; and PRINERGY workflow software, now available on-demand from the cloud. Kodak also makes SONORA process-free plates and MAGNUS platesetters for offset production.

Workflow and packaging applications were said to be among the bright spots for Kodak technology despite the negative impact of the pandemic. Customers working remotely have been offered free temporary licenses to Prinergy, enabling them to access it from the cloud. SONORA process-free plates help Kodak burnish its credentials in environmental stewardship. STREAM inkjet technology has been put to good use in the Sapphire EVO inkjet packaging press, co-developed with Uteco.

“We’re not going to build things people don’t want” or that can’t be monetized, Continenza stressed. He predicted that as pandemic restrictions ease and institutions such as schools begin to reopen, there could be a rush of orders for books and other products that drive demand for Kodak technologies. For now, he added, the sales force will focus on territories that have made the most progress toward returning to their pre-lockdown routines.

Continenza also predicted that when the “new normal” arrives, it will see people doing many more things digitally than they used to, including printing. The change, moreover, could be positive for society as a whole. “This pandemic has brought back caring for a lot of people,” he said.