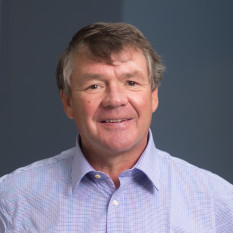 Andersen was recognized by his peers for his exemplary leadership at IWCO Direct. He is an active leader within the Minnesota business community, currently serving as a board advisor to MENTOR Minnesota, and holding a seat on the Executive Committee of the Minnesota Business Partnership. Andersen also served as president of Hazeltine National Golf Club when it played host to the 2016 Ryder Cup.

Andersen joined IWCO Direct as President and CEO in 1999. Under the direction of the company’s leadership team, IWCO Direct initially created a Total Package supply chain solution for all aspects of direct mail production, pioneered postal optimization and commingling, and expanded the company’s national footprint. Most recently IWCO Direct added a Marketing Services practice to provide clients with full agency services for their direct marketing campaigns. Annual revenue has grown from approximately $84 million when Andersen first joined the company to more than $470 million annually today. These successes led to the company’s recent acquisition by Steel Connect, of which IWCO Direct is now a wholly owned subsidiary.

“I am honored and humbled by this recognition from Printing Industry Midwest,” said Andersen. “It is truly a reflection of the hard work and commitment of everyone at IWCO Direct, and I extend my thanks to them. I’m excited about what we will accomplish together in the coming years as we continue to transform direct marketing.”