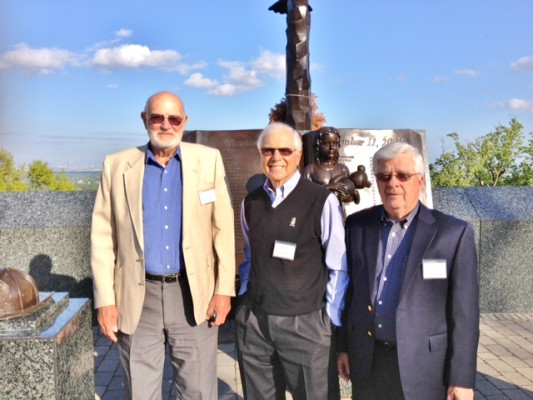 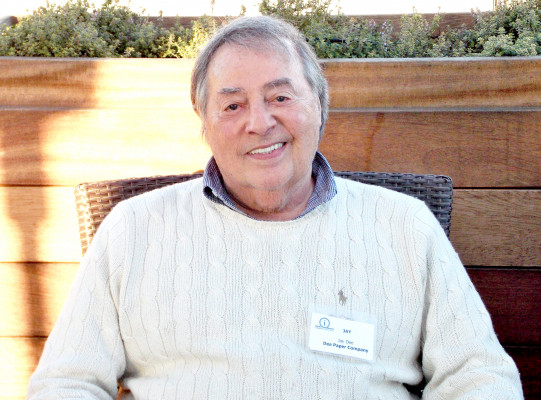 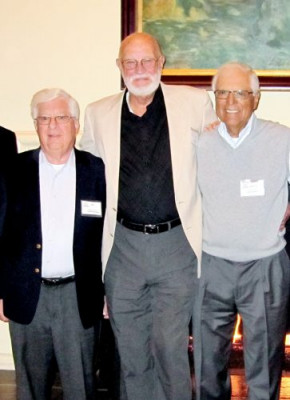 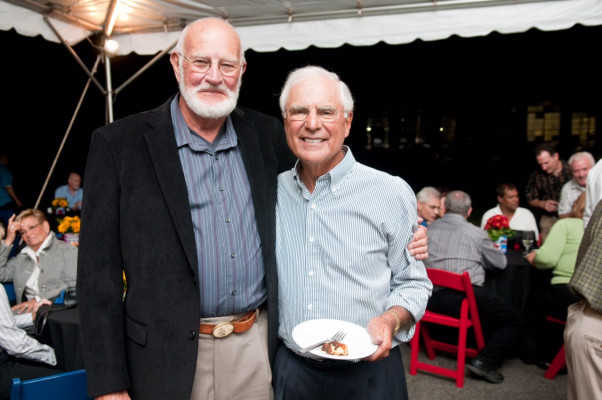 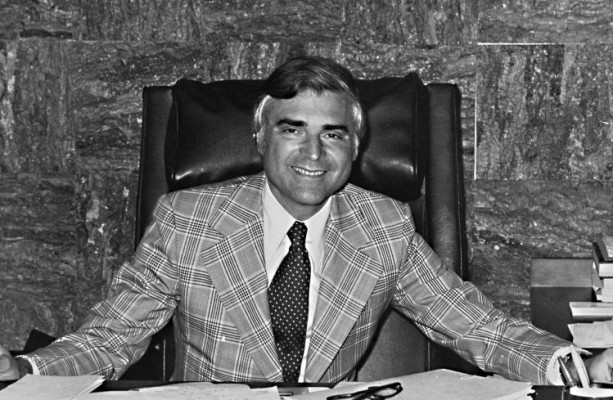 NEWTOWN, Conn. - January 17, 2019 - The Independent Carton Group (ICG), an association of 17 independently owned and operated folding carton manufacturers, is fortunate to count among its patriarchs four men who have given a lifetime of contributions to the industry. With careers originating in the 1950s and 1960s, and continued ties to the industry today, Andy Willie, Bob Zumbiel, Charlie Hirsh and Jay Dee have all witnessed decades of industry evolution. There are likely few individuals who have been around this industry longer.

“These men are giants among us. Each had a hand in shaping the industry and setting the stage for future generations of independents,” said Kim Pierce of the Independent Carton Group. “A glimpse of the industry through their eyes is as much inspiration as it is history lesson.”

“Folding cartons have become easier to produce,” said Andy Willie, noting that the technology-driven presses on the market today are a far cry from the ones he climbed inside to repair in his early days at Curtis Packaging. Willie joined the Sandy Hook, Connecticut, manufacturer in 1959 and spent 32 years there, including 10 years as co-owner and general manager.

As the technology has evolved, so too has the work of the press operator. “You still need good people, but their roles are different. It’s more technical, less mechanical,” said Willie.

Despite the more technical, and seemingly more interesting, nature of the work, Bob Zumbiel said it’s hard to find good people. “It’s not enough to just find people. You have to find the ones who will stay,” said Zumbiel, whose career began in the maintenance department of his family’s folding carton business in 1955. Zumbiel only recently retired after over 60 years at Zumbiel Packaging, 40 of which he spent serving as president of the Hebron, Kentucky, converter.

Not only has printing technology advanced, but the techniques have also evolved over the last 60 years. “I don’t see offset going away anytime soon. It’s still the best for higher runs of 10,000 or more, but digital will continue to bleed into the overall volume of offset being produced,” said Willie. “Bob’s company [Zumbiel Packaging] was the first ICG member to offer digital.”

In 1950, when Charlie Hirsh began working with his father at Accurate Box, offset was just starting to replace letterpress. By the time his daughter took the reins in the 1990s, the future of litho-laminated corrugated boxes was being defined by the Paterson, New Jersey, company.

Jay Dee was also running letterpress when he joined his brother in the 1960s at what is now Dee Packaging Solutions, Chester, Pennsylvania. “The quality is better today, and equipment is faster and easier to use,” said Dee, who ran the printing department and sales, then served as president for 15 years before retiring in 2016. “It’s very exciting to get new equipment.”

Capital investments are a necessity.

“When I first started, we didn’t buy new equipment. We couldn’t afford it. The big guys bought new, and we bought their old stuff,” said Hirsh. “We could live with used back then because our competitors also had used. To be competitive now, you have to buy new.” In addition to speed and quality, advancements in inks and special effects are only available on newer machines.

Buying new just wasn’t realistic when these four industry veterans were rookies. It was difficult to secure loans, and if you were among the fortunate few, the interest rates could cripple you. According to Willie, it’s easier to borrow money today, and at lower interest rates – though he notes that most of that money is now sent overseas, where the bulk of the machinery is made.

Innovation and differentiation can drive loyalty.

Customer loyalty isn’t what it used to be. “It’s not that loyalty doesn’t exist, but sometimes it’s just a numbers game,” said Zumbiel, whose first customers included Candle-lite and Hoechst.

Delivering great service and introducing new ideas, while keeping costs down, can drive repeat business, said Willie, who once sold a sporting goods company on the idea of packaging one of its products in foil. He had a theory that fluorescent lighting above the glass cases where the product was displayed would bounce off the foil, and consumers would notice this product first. Willie’s idea worked. The customer’s sales increased, and he earned their loyalty.

It’s been 57 years since Hirsh boarded a plane to Terra Haute, Indiana, to sign his first high-volume account. Accurate Box had just invested in a new die cutter that could produce the inner fold-over chipboard piece inside record jackets. When Hirsh brought on Columbia Record Club, he opened the door to a niche market. Serving niche markets differentiates you, he said.

Dee’s first big deal came from a toy company outside of Philadelphia. “They placed an order for a million boxes for a small novelty toy,” he said. “I remember feeling like I had finally made it.”

Only the strongest survive.

These men still recall a time when the market was saturated with independently owned carton converters. “There were more of us back then. Many went out of business, some have been acquired, and the big guys got bigger,” said Hirsh. “To survive, you have to be efficient – and prove to buyers that you can be as good or better in quality and service than your big brother.”

Willie fears someday all the independents will be gone, though he has spent decades making sure that doesn’t happen on his watch. “Customers would feel the consolidation. They won’t have as much selection,” he said. The ICG works tirelessly to make sure that its members have access to competitive pricing on raw materials, equipment and consumables as well as learning and networking opportunities and other programs that help them continue to be successful.

Zumbiel, Dee, Willie and Hirsh each played a pivotal role in creating the ICG, and over the past 36 years, they have been instrumental in growing the group into what it is now.

Looking out for each other is good business.

“It started as a means of protecting ourselves, to back each other up, in case we had a fire or union strike,” said Dee, “but it’s nice to see how much it has grown from there.”

Bringing competitors into their inner circle, opening the doors to their plants – the ICG was a bold proposition when these men first came together in the early 1980s, but it has become a major force in the industry. “It gives us collective purchasing power,” said Hirsh, “and more.”

Dee noted there is strong camaraderie among carton companies today, particularly among ICG members. All four men said they have learned a lot and made many friends in the ICG.

In recent years, camaraderie within the ICG has grown beyond the c-suite. “People had doubts at first, but the technical conferences have become a premier program,” said Zumbiel. These conferences provide a forum for ICG members’ technical employees to learn from one another.

Listen, learn and love what you do.

These four seasoned veterans are proud of the contributions they’ve made to their respective businesses, to the ICG and to the advancement of the industry as a whole – as they should be.

Looking back, none would change a thing.

Their advice for future generations? Be smart. Work hard. Listen and learn. Start small and keep building. Keep your wits about you. And above all else, do what you love and love what you do.

“When you’ve spent a lifetime doing what you love, it’s hard to walk away,” said Willie.

The Powerful Case for US Book Manufacturing