During the past 20 years, commercial printing has been going through a challenging transition, HP Indigo GM Alon Bar-Shany said, as he addressed HP webinar attendees on the morning of March 9.

“Having said that, it is still a massive industry,” he said. “It’s transforming and many customers have thrived during this very difficult period, which has opened up many opportunities.”

Consumer expectations have changed, requiring commercial printers to adapt to their needs: minimum orders are a thing of the past; sustainability and concern for the environment are increasing; online channels are becoming crowded; data-driven and personalized printing are expected; consumers are willing to pay a premium price for premium product; and same-day delivery will continue to proliferate.

"People expect instant gratification," Bar-Shany said. "Nobody expects that in three years people are going to say, 'You know what, I can wait a week for my printing job. This is the reality.'"

In response to consumer expectations and trends, HP Indigo has developed new and reimagined devices to meet demands.

The first device that will be introduced is the seven-color, B2-format, HP Indigo 15K digital press based on the HP Indigo 12000 platform. According to Bar-Shany, the company received feedback from customers who wanted the existing technology to offer expanded applications, improved print quality, and increased automation and robustness.

"We are broadening the application range in terms of media and in terms of inks, and we're enabling our customers to really focus and develop premium products around specific-use cases," he explained.

New features on the press include stochastic screening to help achieve realistic skin tones and the ability to RIP images at 1,600 dpi, which is ideal for small, detailed printing and security printing needs. For those with existing HP Indigo 12000 presses, the technology is fully upgradeable to the 15K advancements. 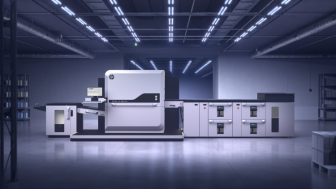 Moving to the second introduction, Bar-Shany noted that because the skilled labor shortage is a rising concern, many online customers were seeking a device that would increase productivity, speed, and automation while fitting into their entire end-to-end solution, resulting in an efficient, streamlined workflow.

"For this," he said, "we had to go back to the drawing board. Indigo has evolved through 25 years by introducing one generation after another of technologies. ... This led to the Series 4, which is driving the Indigo 12000, but also the packaging presses — for flexible packaging and folding cartons. But as we talked to customers, we have redesigned the platform and today we're introducing the Indigo Series 5 platform."

The first press in this series is the HP Indigo 100K, which includes a suite of automation tools; increased productivity of 30%; speeds up to 6,000 sph; the ability to go up to a five-source feeder; offset-like, gripper-to-gripper paper feeding; and color calibration with an on-press spectrophotometer, all driven by a cloud-connected system. The press is designed to run 100,000 B2 impressions per shift, generating 12 million duplex B2 sheets annually.

Bar-Shany paused for a moment, to allow the webinar attendees to listen to the press running.

"When customers walk into our labs or our beta sites and they see this press, it sounds like an offset press," he said. 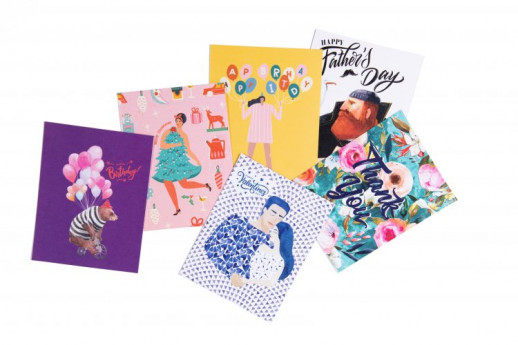 Although B2-format devices account for a significant amount of the growth among HP Indigo customers, according to Bar-Shany, he explained that A3 technology remains an important space. Because many customers operate A3 technology, HP Indigo introduced two additional devices.

The first is the HP Indigo 7K digital press, which builds upon the Series 3 Indigo 7900 press. The press, which is designed for high-volume and high-quality work, features new heat transfer applications and 550 micron duplex mode, as well as silver Electroink and invisible yellow Electroink capabilities.

The second device is the entry-level HP Indigo 7eco digital press, which is dubbed "My First Indigo." It's a four-color configuration with a fifth color station option, full PrintOSx support, and an in-line spectrophotometer.

Before moving onto developments within the label and packaging space, Bar-Shany concluded that there is the opportunity for growth in the commercial segment for those that focus on technology advancements.

"We are working across segments and leveraging Indigo technology where it makes sense, and we're leveraging the [PageWide] T240 and T250 where it makes sense, with a common approach to workflow PrintOS — but also business development and creating market awareness so the pages come into our customers," he said. "While commercial is transforming, we hope to see many customers growing [significantly] over the next few years."

Although the benefits of digital printing are pretty well understood in the commercial space, Bar-Shany said that it was only five to 10 years ago when it wasn't as accepted. Because the labels and packaging segment is growing at a healthy rate, he explained that it is important to get ahead of the curve to "avoid some of the pains of those in the commercial printing world."

With that, he delved into some of the technology designed for the packaging applications (a full recap of the packaging segment can be found on our sister site, Packaging Impressions).

The biggest announcement was for the new HP Indigo V12 digital press, part of HP Indigo's Series 6 platform. The press is optimized for the label world and can run 400 fpm with a maximum of 12 colors. It is based on HP's liquid electrophotography technology in the form of what Bar-Shany called "LEPx architecture." This device has moved from a central impression drum to in-line architecture with a photoconductor imaging drum and blanket belt.

"The way we envision the world and the factory of the future is a combination of the existing Indigo presses used for shorter runs and specific high-value applications, the V12, and there is still room for analog flexo and other equipment for long runs," he said. "But the V12 will make up the vast majority of the job basket of mid-size to large customers."

The Indigo V12 will not be available until 2022, after extensive beta testing.

"Conceptually, we're trying to enable our customers to double their business over the next few years with Indigo ... by opening up new opportunities, new segments, and enabling our customers to innovate and to create new and exciting business models," he said.