How to Start Prospecting for New Accounts: Tips, Tricks and a Checklist 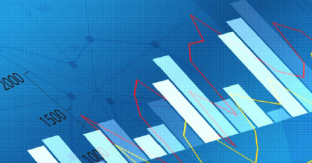 Prospecting is a must. It’s a have-to. It’s as important as exercise, brushing your teeth, eating, stretching and anything else that needs to be done on a daily basis. For as sure as the Patriots winning the AFC East for the 150th consecutive year, you will lose 10% to 15% of your business every year. Consequently, you must do something to replace it or else hope retirement is within sight.

But prospecting is nobody’s favorite activity. “Oh good, I get to call strangers and enter into uncomfortable conversations,” said no sales rep ever.

There is no shortcut. There are no “tricks.” While training is required to know what to do (where to look for leads, what to say and how to create an effective prospecting process), the effort required is a Nike “just do it” message, sans the controversy. You can plan all you want but, at some point, the rubber needs to meet the road. The salesperson must pick up the phone and get started.

Naturally, this is what separates sales reps from normal people. Normal people typically work to avoid stressful situations while salespeople intentionally and actively engage in this type of behavior on an ongoing basis.

First Step in the Process

Before that first step is taken, before the prospect’s outgoing voicemail message is inevitably heard, before the phone is dialed, and before the sales rep inhales, exhales and “just does it,” comes a critical first step: Organization.

Organization is an activity that is different than having a plan. Sure, having a plan is a good and necessary thing. No football coach ever called a play the way it was done in a backyard pick-up game: “You, you, you and you block. You two fake a buttonhook and then go long.” No general ever approached the battlefield and said, “Does anyone have any suggestions on how we take that hill?”

And no sales rep ever sought out new business vicariously, randomly and without a step-by-step, week-by-week, carefully thought out plan. Um, scratch that last one. Actually, that’s exactly how 90% of the sales force does it, but that’s a “Sales Challenges” column topic for a future issue.

New salespeople have all day to prospect. But the cruel reality of sales is this: The more successful you become — the more sales you make and the more customers you create — the less time you have to prospect for more business. Wouldn’t it be nice if it were different? What if growing your sales was like a game show? Incremental growth of, say, $500,000 earns you two more selling hours in the week.

But no, it doesn’t work like that, Chuck Barris. Bang a gong. Most salespeople, and especially selling owners, will tell you they simply do not have time to prospect. It’s a lie that we all tell ourselves and then fervently believe and defend.

Give these busy sales-types truth serum or tequila and the real truth — the real reasons why they’re not making the time for new business development — comes out. First, they have the same amount of time as the rest of us, but they use it differently. They make different choices, sometimes intentionally and sometimes because the situation demands their attention. The second reason is this: They don’t know where to start.

Imagine yourself in the middle of a huge snow globe, an analogy that represents your busy day. Things are flying all around you. Everything appears to be urgent. Tasks are numerous, and more come at you every second. In the back of your mind you think, “I really should be doing some new business development. That guy in Printing impressions told me so, so it must be true. After all, he’s in sales, so I can trust him.”

But, between order entry, estimating, spec’ing the paper, sales meetings, production meetings and fielding questions from customer service reps, it’s easy to use the Three Dog Night excuse: “I got, got, got, got no time.”

Two things would change that. Two things would move, “Do some prospecting today,” to the very top of the to-do list. The first is horrible. It’s the catastrophic loss of business. It’s the anchor account that goes away like a Target that closes and leaves the mall with nothing but eyebrow-weaving and Yankee Candle stores.

Nothing is more motivating in sales than fear. The sheer terror that comes from a sudden double-digit drop in volume is more than enough for the sales rep/selling owner to miraculously find the time he/she formerly claimed did not exist.

The second one is far more positive. It’s motivation. It’s when that same sales rep/selling owner actively chooses to make some calls on an ongoing, daily basis. So, where’s the checklist that gets one to that point? Try this:

Step One: Open a spreadsheet in Excel (or Numbers if you are Apple-cool). Save it right on your desktop and call it something clever like, “My Prospecting List.”

Step Two: Do a physical and computer search for any and all contacts you should be calling. This can be existing accounts, as well as new prospects. You need not collect anything more than name, company, phone number and (optional) email.

Step Three: In the column next to the contact information, add any context that describes the opportunity associated with this particular prospect. In other words, why are you calling them?

Step Four: Create a prospecting process. You must have a step-by-step, week-by-week method of ongoing sales activity.

There. Now you are organized. You are ready for battle.

Prospecting for new business does not need to be a huge production. No busy sales rep or selling owner has the time to sit down and make 10 calls in a row. Sales managers and sales trainers who, themselves, have never made 10 sales calls in a row on an ongoing basis will tell you that’s what needs to be done. “It’s a numbers game,” they will inaccurately tell you.

In reality, you are busy. That’s why you have to take advantage of the space in between tasks. Set a goal of making just two calls at a time. Before you get to that next thing on your to-do list, make two sales calls. Boom-boom. Then, move on to the next task.

To achieve this seemingly unachievable goal, you must be organized. You must have a list of people to call and a process to follow. Pulling it all together will be cathartic and oddly motivational. Suddenly, instead of being pulled toward the “want-to” task, you will feel a strange desire to perform the “have-to” task of prospecting. And it all started with a simple spreadsheet.

5 Reasons to Should Use a 12-Week Sales Projection