Houston is the 39th market to join Doorfront Direct, which through its affiliates delivers more than 750,000 magazines across the country each month.

“As we look to the future of our delivery operation, it’s important that we diversify and expand the services we offer,” said Mike Houser, Vice President of Distribution for the Houston Chronicle. “Delivering national monthly magazines to our local market is a logical next step in this evolution. The service provides an additional revenue stream for carriers and increases route profitability.” 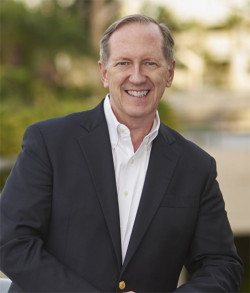 As an affiliate of Doorfront Direct, the Houston Chronicle is delivering national monthly magazines to local readers with their home-delivery carrier force, the same independent contractors who deliver the daily newspaper.

“We’re excited to have the Chronicle as a part of Doorfront Direct,” said Randall Brant, Executive Director for the program. “Mike and his team have done a great job with all phases of the launch, and we’re looking forward to their expansion within the market.”

Doorfront Direct, through its network of delivery affiliates, provides home delivery of national monthly magazines and catalogs. Doorfront Direct is a partnership of Gannett Publishing Services, based in McLean, Va.; Quad, headquartered in Sussex, Wis.; and ACI Last Mile Network, based in Long Beach, Calif.