For Imagine! Print Solutions in Minneapolis, All Roads Continue to Point to Growth 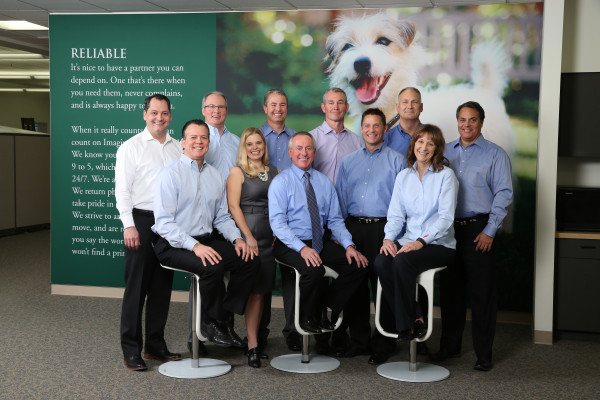 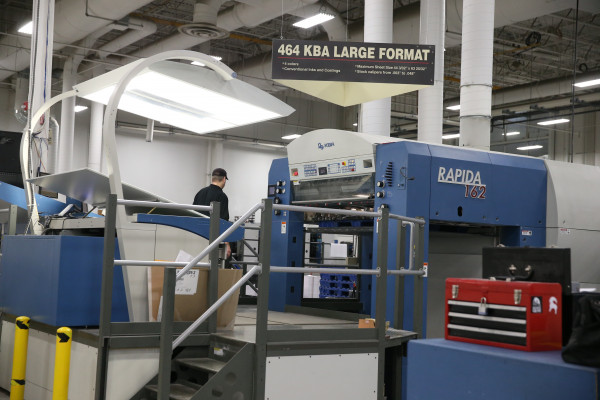 Among Imagine! Print Solutions’ large fleet of presses is a 64˝ KBA Rapida 162 large-format sheetfed press, one of nine KBA machines in the organization. 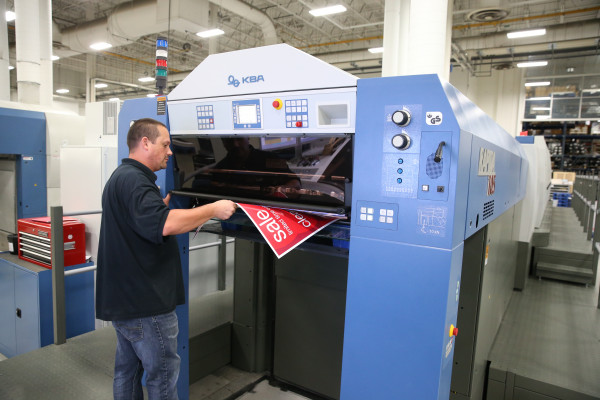 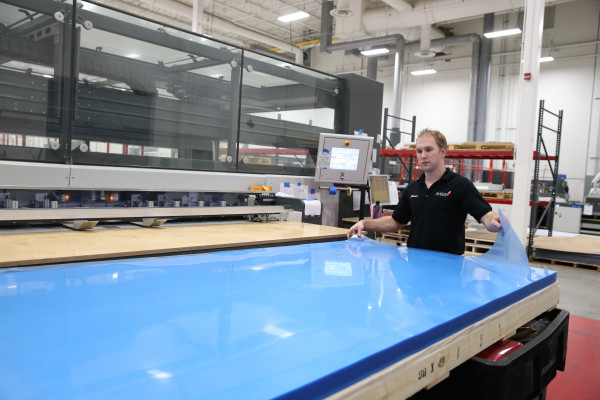 Imagine! Print Solutions utilizes wide-format digital inkjet presses such as this Agfa :M-Press TIGER, which is capable of handling a range of unique and unconventional substrates.

It’s easy to be amazed at how much Bob Lothenbach has elevated himself after starting out with so little. But truth be known, regardless of how incredible the climb to stardom has been for the president and owner of Imagine! Print Solutions—from a garage-built concept that started with $1,800 and borrowed equipment to one of the nation’s largest printers—it’s jaw-dropping to think that the best may be yet to come.

Sure, Lothenbach was practically flat broke when he walked off from his job in 1988. Making matters worse, he’d been relying exclusively on a company car. Less than 30 years later, the 2013 Printing Impressions/RIT Printing Industry Hall of Fame inductee has carved out a $303 million, privately held empire based in Minneapolis, with two locations in Minnesota and two in North Carolina.

While the journey has been full of ups and downs, one wonders if Lothenbach’s blueprint could be replicated in 2016. “No clue…I sure as hell wouldn’t want to do it again,” he admits. “It’s hard to say. Could somebody do it? Sure. Will someone probably do it? Yes.”

Suffice to say, Lothenbach is doing the driving these days, and all roads are pointing to growth. Recent history would agree; Imagine! Print Solutions (formerly Challenge Printing) acquired Minneapolis-based DigiGraphics in 2012 and Classic Graphics of Charlotte, North Carolina, a year later. DigiGraphics was rechristened Imagine! Express and moved into a new 80,000-square-foot facility to accommodate increased equipment.

“This was our first acquisition and they were a relatively small company we wanted to learn with,” Lothenbach says of the former DigiGraphics. “Our philosophy was to be respectful of what they brought to the table, encourage cross-selling between all the reps and provide resources for them to increase sales in the local market.

“In the case of Classic Graphics, we also took a relatively hands-off approach to allow them to thrive within our organization. Classic Graphics gave us a highly secure direct mail offering that is beneficial to our banking and financial institution accounts, as well as wide-format digital printing capabilities that allow us to serve our regional POP [point-of-purchase] customers.”

Fast-Growing POP Star Serves Retailers
Imagine!’s contributions to the point-of-purchase space cannot be overstated. It was ranked third on Creative Magazine’s Top 50 POP Companies in America for 2015. The award underscores its commitment to retailers in providing the full gamut of services, from initial concept to final in-store execution and fulfillment.

The company has 1,300 employees stretched over the four manufacturing locales, led by 850 in Shakopee, Minnesota. All told, Imagine! boasts a shade more than a million square feet of operating space. And Lothenbach is looking to enhance the firm’s geographic footprint even further via acquisition; while he wouldn’t divulge specifics, he acknowledged that specific states have been targeted in order to better serve Imagine! clients on a regional basis.

Lothenbach makes it clear that Imagine! isn’t in the market to just add girth, however. “We want [to acquire] a strong company with a good culture that perhaps is just in need of capital,” he explains. “We’re not looking for struggling businesses that aren’t doing well. We’re on the lookout for innovative firms, leaders in their market segments. This is big on our radar.”

Imagine! also seeks to grow organically, and to that end it has hired a new marketing vice president to bolster visibility in the markets that it serves. Lothenbach acknowledges that the investment in marketing was overdue but feels this effort will yield positive results.

Lothenbach points out that the number of short runs and versions has increased significantly, and the newest Rapida 105 is better equipped to handle these tasks. “We had two aging UV presses that did not have the latest technology to manage this as effectively as we needed,” he says. “This new press allows us to set up much faster, reduce the makeready sheets needed and provide for automated color control.

“KBA has been our sheetfed press partner since 2005 when we purchased the first six-color, 81˝ Rapida 205 installed in North America. They continue to bring high-performance equipment to market that we are in a position to take advantage of.” Imagine! also operates two large-format, 64˝ Rapida 162 presses.

Not that the company did all of its shopping at KBA-R-Us. Large-format digital printing gear in the form of a new HP Scitex 11000 flatbed industrial press was installed at its Shakopee facilitiy. Imagine! Express also added Durst wide-format textile printers and a Zünd G3 XL digital cutter, while Classic Graphics installed a Polar cutter and several high-speed inserting machines.

The investments being made throughout the Imagine! organization walk hand-in-hand with its growth. In 2014, the company expanded its Design and Innovation Center to aid customers with, among other things, testing various signage and display substrates. According to Lothenbach, the expansion was a strategic decision fueled by client input and future business planning by the Imagine! leadership team.

“We had success with several customers in re-designing existing display spaces, as well as testing and delivering alternative materials for graphics,” he notes. “As a result of these successes, clients began to look to us for more input. We have become the primary innovation and resource for many of our customers when it comes to value engineering and problem solving.”

Winning With Creative and Design
“The need for ‘end in mind’ design and engineering became apparent as we recognized the impact of clients’ shrinking budgets,” Lothenbach adds. “Knowing that customer demand for winning creative and design will never change, we enhanced our team to be able to offer this value-added service based upon our expertise as manufacturers. By understanding the art of the possible from a production standpoint, we have been successful at delivering winning retail solutions that stay within budgets.”

Lothenbach will be the first to admit that working at Imagine! is not an easy gig, as the employees are expected to live up to the lofty expectations set by the company’s customer base. But setting the bar higher than normal is only one point of differentiation. Imagine!’s clients can leverage their spend with a single-source provider that can eliminate costs, improve speed to market and effectively manage their brands, aided by customer-facing technology services.

Equally as important, Imagine! has positioned itself financially to take advantage of opportunities within the marketplace—in the form of new equipment or acquisitions—in short order, should they present themselves. Lothenbach points out that his company has an “appetite for change,” and when there are resources to put financial heft behind words, his resolve quickly becomes apparent.

“We’ve had a great track record, even during recessions, and haven’t had one year with a decline,” he says. “We want to continue that strong annual growth trend, hopefully at double-digit numbers if possible. And, if we keep surrounding ourselves with good people like we have…good people can make great things happen.” PI