Gasch Printing is bullish on books and positioned to serve the growing need for short-run book production. The full-service, all digital book printer is beefing up its business development team, recently hiring two experienced book professionals, Tim Dilli and Joe Upton. These additions come on the heels of a major expansion undertaken last fall by the Maryland book printer, which saw Gasch double its manufacturing space and significantly increase printing capacity with the addition of an HP PageWide Web Press T240HD and a Horizon Smart Binder SB-17 PUR Perfect Binding system. 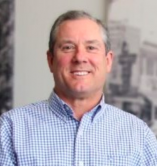 Tim Dilli joins Gasch as a sales executive working out of the Baltimore/Washington D.C. area. He most recently represented the Sheridan Book Group but spent the better part of the last 30 years helping to grow United Book Press into a leading provider of book manufacturing in the mid-Atlantic region earning a sterling reputation for service and quality. 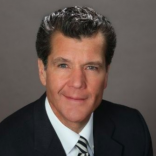 Joe Upton is taking on the newly created position of VP of business development at Gasch. In a career arc comparable to Dilli’s, Upton spent nearly three decades leading the business development efforts at Malloy Incorporated and Edwards Brothers Malloy. For the last four years he worked in the same capacity at Above the Treeline, a leading software developer to the book industry. He currently serves as president of the Book Manufacturers’ Institute (BMI).

In announcing the addition of Dilli and Upton, Gasch president, Doug Gasch, talked about how excited he was to add two industry veterans to his team, and said, “Despite the uncertainty we are all facing with COVID-19, I’m extremely confident about the future of the book and the growing need for small print quantities. Especially now, all businesses need to be careful with their cash, and the best way for publishers to do that is to print only the number of books they are confident they will sell in the next six to twelve months. That plays to Gasch’s sweet spot — quantities under 3,000 — and we are adding two experienced professionals, people known throughout the industry for their integrity and expertise, to help publishers’ benefit from our services.”

Gasch said that his firm does not have immediate plans for future expansion, but he is prepared to invest in the requisite capacity as demand dictates.