After being left standing at the altar following Xerox's decision to terminate their original $6.1 billion agreement, signed Jan. 31, to combine Fuji Xerox and Xerox, Fujifilm Holdings (Fuji) struck back June 18 by filing a suit for damages in federal court of the Southern District of New York. Various news media outlets are reporting that Fuji is seeking more than $1 billion, plus punitive damages, for their failed nuptials.

Fuji is claiming that Xerox "breached its agreements with the company by making a unilateral decision to terminate, without legitimate cause, the agreements ... The terms of the agreement were discussed in an appropriate manner, based on fair valuations from independent experts retained by both companies," Fuji said in its filing notice. Fuji and Xerox had also agreed to a $184 million termination fee if either party walked away from the deal, which Fuji is reportedly claiming that Xerox should also pay.

Acquisition Agreement Had No Cash Outlay by Fuji

In a complicated transaction, the initial deal announced Jan. 31 had Fujifilm acquiring a 50.1% controlling interest in Xerox as part of a complex agreement tied in with their existing Fuji Xerox joint distribution venture for Xerox products in Asia and the Pacific Rim. Fuji owns 75% of that joint venture, with Xerox owning the remaining 25%. As part of the proposed pact, Fuji Xerox would have taken a $6.1 billion loan to finance the repurchase of Fuji's 75% in Fuji Xerox, making Fuji Xerox a wholly owned subsidiary of Xerox.

Thereafter, Xerox would have then issued new shares of common stock to Fuji to represent a 50.1% stake worth $6.1 billion in value. The $6.1 billion would have subsequently been used to repay the loan that Xerox had taken, with Xerox then borrowing $2.5 billion to pay to its shareholders as a special dividend. For Fuji, the transaction would not have required any cash outlay to Xerox shareholders.

Carl Icahn successfully blocked the acquisition of Xerox by Fuji and placed his own team at the helm of Xerox. | Credit: Twitter.com

But that proposed agreement didn't sit right with Xerox's first and third largest shareholders - Carl Icahn and Darwin Deason, respectively - who vehemently opposed the arrangement, claiming that Xerox was being highly undervalued, that the special dividend payout to Xerox shareholders was way too small and that the "lopsided" agreement was orchestrated by a "conflicted" Xerox CEO (Jeff Jacobson), who was fighting to keep his job.

The activist investors, who own a combined 15% of Xerox stock, scored a victory when a preliminary injunction against the transaction was issued April 27 by the New York State Supreme Court. Fuji, in response, filed an appeal on May 4. The deliberations are expected to commence in September. 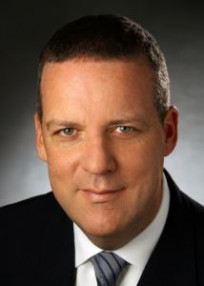 On May 13, Xerox entered into a settlement agreement with Icahn and Deason. The agreement terminated the Xerox transaction with Fujifilm; forced five Xerox board members to resign, including its current chairman; and replaced Xerox CEO Jeff Jacobson with John Visentin.

Under the terms of the settlement agreement, the following specifically occurred:

For its part, Fuji counters that Xerox's minority activist investors have gained undue control of Xerox. "It is inconsistent with shareholder democracy to allow Carl Icahn and Darwin Deason, minority shareholders with only 15% of Xerox's shares, to dictate the fate of Xerox," Fuji was quoted as saying.

Whether or not Fuji and Xerox settle their legal differences - and even potentially reach an acquisition agreement of Xerox by Fuji at some future point - it appears, for now, their initial acquisition agreement was not meant to be a "marriage made in heaven." Icahn and Deason have both made sure of that.