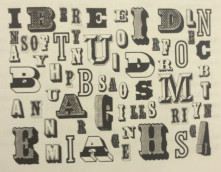 Here’s the next installment in our continuing series of republished “Otto’s Night Watch” columns by Otto Boutin, which appeared monthly several years ago in Printing Impressions. Written in Otto Boutin's typical humorous style, it does relate why many printers started their own printing businesses: They just got tired of being pushed (or bossed) around. Just as true today as it was the 50 or so years ago when Boutin penned this column, the printing industry is filled with entrepreneurial small business owners who started their careers working for someone else, only to come to the realization they weren't content and that they could better run their own printing establishments and make their own rule books.

Why Be a Small Printer?

A recent issue of some lithographers’ magazine gives the small printer quite a beating. It says he shuffles around the shop with his low IQ dragging. It says he is so dumb that he refuses to follow the brilliant advice given him by a kid fresh out of college.

Young Joe College draws up blue prints and tells the old man how to increase his profits by spending a mere million dollars on new equipment. But the old man, having a low IQ, spends 10 dollars on a fishpole and goes in search of bass.

Perhaps the old man is showing a kind of wisdom that they haven’t even learned to measure in colleges. IQ tests are for children. Fishpoles are for wise old philosophers.

I’ve been working for small printers for almost half a century and I’ve always been impressed by their intelligence. Maybe they don’t read Dante, but who the hell does?

To gather more information on the subject, I phoned one of my ex-bosses, a gay bachelor in Chicago, and asked for an interview.

“I want to know why printers go into business,” I told him.

“Because they’re nuts,” he replied. Then he paused, as if taking time to tweak his little white mustache.

“Meet me at the club Sunday,” he continued. “It’s down in Indiana. We’ll have time to talk.”

I felt flattered at being invited to his country club. After 50 miles on the hot highway I turned off onto a gravel road and stopped at a wooden gate. I was glad I had brought my swimming trunks because I heard people splashing around in a pool.

I fixed my tie, brushed the dandruff off my sport jacket, and followed an attendant to the reception room. I was shocked that the country club was a nudist camp.

For a long time I stood at the window, gathering courage to venture out among the members who were wearing nothing but smiles.

Then I noticed that a man with a tweaked white mustache kept surfacing-diving into eight feet of water. He’d always come up, flash his body like an albino sea lion as he took a deep breath, and then, with grim determination, he’d dive down again.

I rushed to the pool and dove in after him.

“I lost my contact lenses. Both of them. Right here in the pool. And I can’t see a thing without them. I’m blind as a bat.”

“You stir up too much water. Why don’t you go to shore and let me find the lenses?” 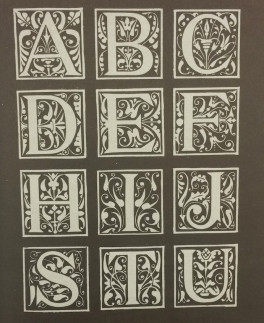 The poor man was blue from the cold already and was quite willing to let me take over. Everyone had gone to play volleyball and I had the pool to myself. I waited for the water to settle and then sank to the bottom, perfectly relaxed. I had been practicing Yoga breathing, like Houdini, and could stay on the bottom four or five minutes. Barely moving in the water, I soon found one of the tiny plastic lenses and, a minute later, I saw the other lens floating towards my open fingers. I closed my fist upon it.

Just then, through the greenish water from the bottom of the pool, I saw a body plunging down at me. It was the lady life-guard, wearing nothing.

I managed to gasp for air as she pulled me out of the pool, but got a mouthful of water and began choking. She insisted on giving me artificial respiration and then flipped me over and tried mouth-to-mouth resuscitation, peppermint flavor.

Innocently I looked into her big blue eyes.

“Fink!” she said. And she walked away, indignantly waggling her sun-tanned hips.

“Thanks,” he replied, adjusting them to the scenery. “You can have your job back if you teach me Yoga breathing.”

“All I want is an interview. I want to know how you got yourself involved in a printing business. Was it a life-long ambition? Did you analyze the market, the way they do in colleges? What did you really do that actually put you into business?”

He stretched out in the chaise lounge and let the sun beat down on his smiling face, crowned with luxuriant white hair.

I shook my head. “But that’s not an intelligent reason for going into business. That’s emotional.”

“Emotions are important,” he said. “Take love, for instance. All the engineers in the world can’t analyze love, but it’s real nevertheless. People get killed over it. And there’s no way to analyze the feeling of a man who doesn’t like to be pushed around.”

“You’ve got a point, Mr. Boss. But look at it this way. If you hadn’t gone into business you might have been an executive of a big corporation, making more money, and having your own private washroom key.”

“But I wouldn’t be happy. I’d have to worry about the kind of clothes I wore on Sunday, to keep up the good image of the corporation. Being my own boss, I don’t have to wear a thing. And this is the way I like it.”

Our attention was attracted to the diving board, where a statuesque blonde was standing on tip-toe. She was wearing a sexy, black lace peek-a-boo swimming suit. She executed a graceful swan-dive and, as she swam to the edge of the pool, the energetic lady life-guard started to bawl her out.

“This is a respectable nudist camp!” she was shouting. “I’ll have you thrown out of here this minute if you don’t get out of that nasty, lascivious swimming suit.”

The blonde climbed out of the water, folded her arms on her voluminous chest, and stared right back at the nude lady life-guard.

“Lay a hand on me,” she said, “and I’ll slam you in the kisser. And if you don’t like it, I’ll start my own camp on the other side of the river. And I’ll let the customers wear anything they damn please. I’ll put this crummy joint out of business.”

Mr. Ex-Boss sat up, joyfully twitching his mustache. He was happy to listen to the shouting of angry women. They made him glad he remained a bachelor.

“That life-guard would make a good production manager,” he said. “She’s fresh out of college and wants everything to go according to the rule book. She’s really on the ball. She even checked the time on her wristwatch before diving into the water after you. But that gal in the black lace is something different. She’s egocentric. She’s the kind that will go into business for herself. She’ll make her own rules.”

“Amen,” I said, watching the battling girls tugging at each other. “Right now she’s losing her shirt.”