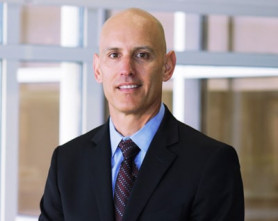 EFI's announcement yesterday about its intentions to be acquired by an affiliate of private equity firm Siris Capital Group in an all-cash transaction valued at approximately $1.7 billion shouldn't come as a total surprise. After all, the private equity world has been taking notice and investing in the printing and, especially, packaging markets for a while now. And, given that the publicly-held company's product mix caters to a range of mature, cyclical and emerging markets, trying to keep up with the 90-day, quarterly report-sales-growth cadence that Wall Street expects, made it difficult to manage the business both operationally and financially with an eye toward the longer-term future.

That was the key takeaway message from EFI CEO Bill Muir and CFO Marc Olin in an interview with Printing Impressions late yesterday afternoon to explain the rationale behind the proposed sales agreement to delist EFI from the Nasdaq exchange. Muir pointed to EFI's Fiery RIP and, to a lesser extent, its display graphics wide-format businesses as being more of a mature market value play, whereas EFI's Nozomi (corrugated and packaging), Reggiani (textiles) and other potential industrial printing businesses represent high-growth opportunities.

"When you have that level of disparity under one enterprise in the public market — and there's a level of transformation that's required within the company — it's hard to do all of that at the same time," Muir said.

Consequently, the short-term pressures from Wall Street for continued growth can cloud longer-term value creation. "Sometimes those 90-day sprints, if you will, drove us to ensuring that we closed a deal within a quarter, or brought a product to market very quickly ... which were, at times, not well-correlated with long-term value creation, " he added. "[Going private] gives us the opportunity to have a different time horizon in terms of how we make business decisions. There will still be a lot of pressure, but we'll just be going at it with a different lens to do the transformation work that is necessary."

According to Muir, Siris Capital has carved out an expertise in helping technology- and software-based public companies go private, with transaction values ranging between $500 million and $5 billion. Founded in 2011, New York-based Siris has raised more than $5.9 billion in capital and currently has nine companies among its portfolio. Although EFI represents its first transaction in the printing and imaging space, Siris has completed similar acquisitions during the past few years of public companies serving the telecom (Polycon), cloud-based networking (Mavenir), online marketing (web.com), and global banking, deal-making and capital (Intralinks) markets, among others. 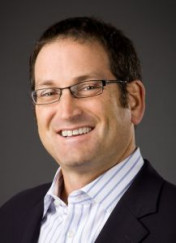 The sales agreement, which was unanimously approved by EFI's board of directors, includes a 45-day "go-shop" period in which EFI can still seek another buyer willing to pay more than the $37 per share price (an approximately 45% premium over EFI's 90-day average price) for all of EFI's stock. Noting that this type of clause is fairly typical for these types of public-to-private company transactions, Olin pointed out that EFI will be required to pay Siris a $25 million termination fee should the company be sold to another party during the 45-day "go-shop" period. If EFI were to sell to another party with a closing date after the 45-day period, it will owe Siris a $59 million breakup fee. And, if Siris terminates the deal, it will have to pay EFI a $109 million penalty.

The transaction is expected to close in the third quarter of this year, assuming it receives approval both from EFI shareholders and antitrust regulators.

How Will It Benefit EFI Clients?

Muir, the former COO of Jabil who replaced long-time EFI CEO Guy Gecht last October, is convinced that customers will come to view EFI's announcement as a very positive development. "I'm hopeful that, longer-term, our customers will look at it as , 'Boy, I see that [EFI] is being more responsive to our needs and more attuned to where our business needs to go. I see less of the singular 90-day cadence, and more of a longer-term roadmap alignment with how I think about my [printing] business.' "

He added that taking EFI private will also remove the 90-day constraints and recognize that some of EFI's businesses are cyclical and mature, while others represent large growth areas. "That  [combination] creates a real opportunity to create value for the company and our customers in a more meaningful and sustained fashion," Muir said. "I think all of those things end up being positive for our customers."

He pointed to three important thresholds that EFI has already crossed, including a rich 30-year history, becoming a $1 billion company and EFI's continued technological developments during that timeframe. "We just look at this [going private] as the next phase in our evolution."

Once the transaction is completed, it'll represent the start of a new chapter for an industry powerhouse that will be well worth watching.