Montgomery, Ala.-based general commercial printer Walker360 has acquired select assets of American Printing Co. (APC), of Birmingham, Ala. The APC facility has been acquired by its bank, and Walker360 has reportedly signed a four-month lease in order to wind down APC's production operations at 428 Industrial Lane and clear the facility in an orderly manner. 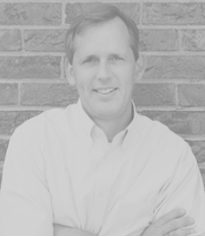 According to Walker360 President and CEO Taylor Blackwell, APC had been in Chapter 11 protection for six months and was headed toward Chapter 7 liquidation. Walker360 became a "stalking horse" bidder a few months ago and the bankruptcy judge allowed APC to continue operations until Oct. 23, 2019, in order to potentially seek a higher bidder or to try to refinance its debt. Unable to do so, the court approved the sale of APC's assets — excluding any past debts or obligations — to Walker360, which closed Oct. 28.

"As you can imagine, this is very traumatic for the employees that have been dedicated and loyal for a very long time. Most of them have not been paid regularly, nor was their insurance, child support, 401(k), or other withholdings paid," Blackwell said in a letter to APC's customer base, noting that as many APC salespeople and CSRs as possible were being retained to maintain continuity.

"We are discovering more issues each day and working very hard to help them. I hurt for them," he added. "Although we are not obligated for any of the past deficiencies, Walker360 will be giving them time to find new employment and provide some financial assistance to help make up for some of the past shortfalls. Walker360 will also be hiring some individuals in our Birmingham office as well as our Montgomery plant."

In addition, he used the letter as an opportunity to squash rumors that had been circulating during the transitionary period:

Blackwell also used the outreach to APC's customer base as an opportunity to extol the virtues of Walker360, a $12 million, 54-employee (including six designers), marketing and printing services provider that is also SOC and HIPAA certified.

"Walker360 is fully capable of continuing to produce any work you have done with APC in the past, except for web work," Blackwell wrote. "Some areas where we have more capabilities are in our POD (print-on-demand) department with multiple digital printing presses for short-run and variable data work.

"This, coupled with our full-time data personnel, online storefronts, and large capacity gives us the ability to help our customers in many ways. Additionally, our mailing department can take on any kind of mailings. With intelligent inkjets and inserters, we are able to do very complicated, complex data/mailing work and ensure process integrity."

Blackwell also pointed out that he is a big believer in taking very good care of employees, noting that happy employees make for happy customers. "I want them to be proud of where they work and love what they do. To that end, we do some very unique things. No employee is paid less than $13/hour (actually soon to be raised). We have a profit-sharing plan that will have given out over $550,000 in direct cash payments in the last 3 years. We boast our employee 'snack shack' where we provide unlimited food, drinks, and snacks every day in our break room."

With a 75-plus-year history, Walker360 appears to have found a formula for continued business success, a skillset that APC apparently lost somewhere along the way from its founding as a small print shop serving local merchants in 1912. Acquired by Robert "Bo" Stanford in 1992,  APC relocated into a 110,000-sq.-ft. facility and grew during the 1990s to 120 full-time employees, serving a national clientele.

APC's national footprint had become a source of pride, and flags representing every state where it had customers were placed one-by-one in its pressroom, until all 50 states were represented. Sadly, for APC, it appears that those flags had long been at half-mast.