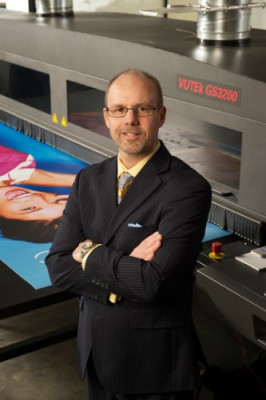 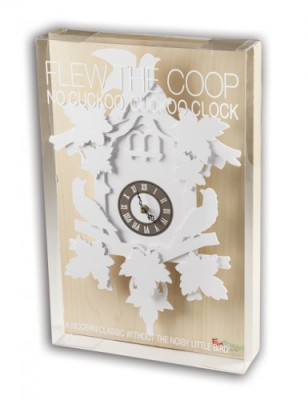 FunDeco’s fully operational cuckoo clock is made of ConVerd material and is packaged in a box that’s hand-assembled in-house. It is produced in six colors and comes in two sizes.

When Color Ink was founded more than three decades ago, there were no intentions for the fledgling commercial printer to enter the packaging market. But company president Todd Meissner explains that, 15 years ago, he noticed a growing trend of local consumer product companies turning to outside graphic design firms to develop their packaging, both structurally and graphically.

Realizing an opportunity to become a printing partner for these companies, Sussex, Wisconsin-based Color Ink began to add packaging to its list of printing services. “It’s not like one day a light bulb went off and we decided, ‘Hey! We’re going to be printing packaging,’” he says.

But since Color Ink first decided to branch out into the packaging market, it has become a substantial portion of the company’s operations. The one-time commercial only shop now counts packaging as nearly 25 percent of its business. Two years ago it went even further, launching FunDeco, an offshoot of Color Ink that designs and produces consumer products along with the packages they come in.

It was 1984 and Todd’s father, Jim Meissner, decided to open a commercial print shop after eight years of owning a design studio. The new company, Color Ink, started with a goal to provide graphic design services and printing to manufacturing and industrial companies based in southeast Wisconsin.

“Back in the ’80s and ’90s, much like most other commercial printers, we just flourished,” explains Todd Meissner. “It seems that if you had a press, you had no problem filling up the machinery. Our growth was at a pretty rapid clip.”

Color Ink began printing corporate brochures, direct mail campaigns and commercial print products and, nearly 32 years later, is still prospering. But in an increasingly digital world, it has had to adapt to provide printed products that are still highly sought after.

“We grew the business from nothing; our sales this year will be about $22 million,” says Meissner. “Over the years, we have evolved. In the early days we were strictly a commercial printer [and now] the majority of our offerings are in-store, visual retail signage.”

Although the majority of Color Ink’s revenue comes from signage, packaging has become a reliable source of business. It all began when Color Ink started working on packaging for local companies. Today, manufacturers that don’t need long runs of packaging turn to Color Ink. Whether it’s litho labels and wraps, CD or DVD boxes, bottle neckers or paperboard boxes, Color Ink has the capability to meet a variety of packaging requests.

He explains that Color Ink uses the iGen 4 for short-run prototype packaging, while the litho presses are used for mid-range, regional consumer packages for nationally distributed products (typically for unit runs in the thousands). Packaging that is too large for the 40˝ litho presses winds up in the large-format digital department, which can handle corrugated boxes or larger structural boxes.

“The advantage is that we already had all the right tools in place; we didn’t have to go out and buy any additional equipment,” Meissner admits. “Maybe on the front end — getting someone up to speed on package design was probably the biggest change we had to make when we got more involved in packaging.”

Although many traditional converters are concerned that local printers are going to take away their business, Meissner doesn’t see it as him stepping on toes.

“Consumer products are never going away,” he says reassuringly. “So, as long as [they] exist, there will be a need for consumer packaging.”

But as the industry grows, so too must the innovation and creativity to ensure a package stands out against the competition.

“When retailers are looking at adding consumer products, they’re really looking for shelf presence,” Meissner notes. “This is where creativity comes into the mix. What can we do in the design of the package to make it stand out better?”

Color Ink is hardly the first commercial printer to add packaging capabilities. In fact, the move to package printing for commercial shops is on the rise and many traditional package printers are beginning to take notice.

According to a study published by the Graphic Communication Institute (GRCi) at California Polytechnic State University, 77 percent of conventional package printers polled either agree or somewhat agree that commercial printers entering the package printing industry are a new form of competition that could potentially take business away from them.

“The overall volume of packaging is pretty much the same in tonnage [as it has always been],” explains Karstedt. “It’s the number of SKUs that are being produced in that same tonnage. Instead of doing one million copies in one run, [companies] are now doing 100 or 1,000 of a SKU in a single run length. It boils down to a lot of short runs.”

This, Karstedt elaborates, is where opportunity lies for commercial printers to get into packaging. The study done by GRCi found that 91 percent of the packaging converters polled believe that SKU proliferation is significant and is not slowing down.

Meissner believes the market will continue to grow and Karstedt backs up this belief, explaining that with SKU proliferation and the drive for businesses to forge local partnerships, there is an opportunity for smaller commercial shops to break into the packaging industry.

“Commercial printers have the opportunity to take some of the easy work away from the big guys,” Karstedt continues. “The big guys sometimes may not see it because they’re small orders — 500 to 5,000 units.”

As a point of reference, last fall, Karstedt Partners did a study for the Paperboard Packaging Council (PPC). The group polled 25 PPC members to find out what they consider to be a “short run.” According to the results, a short run is anything less than 7,300 sheets or 4,800 cartons (multiple cartons on a sheet).

Meissner explains that Color Ink experiments with different types of materials, combinations and dimensions. The company began printing on PETG boxes, a clear plastic that is easily manipulated, to enable consumers to see the product inside. Two years ago, however, Color Ink decided that it had all the right tools to branch out. That’s when it started FunDeco.

The company was already operating with internal resources that could support the production of consumer products. Color Ink started designing, printing and packaging licensed collegiate merchandise, including serving centers, coffee tables, stadium chairs, wall graphics, tables and shelving units. Most of these products are created with Hexacomb Falconboard, an environmentally friendly corrugated cardboard.

Since getting off the ground two years ago, FunDeco has exploded to include general home décor and kids items; designing, producing, printing and packaging every item. Three full-time employees comprise the in-house design team. Meissner notes that one of the most important aspects of FunDeco is its mixture of talents.

“It’s the blending of [people],” Meissner asserts. “You want good structural designers, as well as people who can tastefully apply graphics to those packages.”

One of the company’s most creative pieces is the “Flew the Coop: No Cuckoo Cuckoo Clock.” The fully operational cuckoo clock is made of ConVerd material, a corrugated construction consisting of a fine-grade material with a smooth surface for printing. FunDeco produces the clock in six colors and two sizes.

Part of the product’s appeal is its unique packaging. The lid of the package is printed on an EFI VUTEk GS3200 printer, using rolls of 15-mil rigid gloss vinyl and opaque white ink. The rest of the package is produced via a four-color process on an Inca Q40i flatbed printer. After both pieces of the box are created, they are digitally cut on a Zünd G3 L-3200 cutting table, hand-assembled, and the product is then placed in the box.

The move into consumer products has not only broadened the company’s reach and appeal, but it has provided Color Ink a better understanding of what makes a package stand out on the shelves.

“It’s helped us gain an understanding of retail packaging and what the Walmarts, Kohl’s and Targets of the world [are looking for],” Meissner points out. PI