Plot Thickens as Chatham Raises Its Bid, for the Third Time, to Acquire RRD 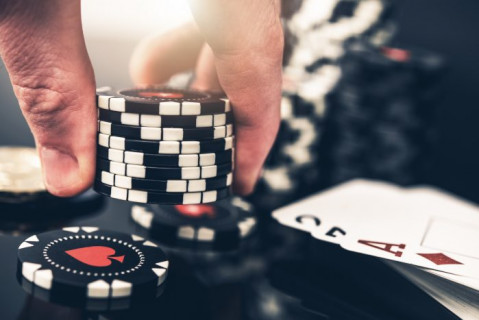 Private equity firm Chatham Asset Management, the largest bondholder and an approximately 14.9% common stock shareholder of RR Donnelley & Sons (RRD), may be hoping the third time proves to be the charm in its attempts to wage a hostile takeover of RRD.

In response to an as-of-yet unnamed "strategic party" that offered to acquire RRD for $10 per share in cash during the "go-shop" period in which RRD's board of directors could field other offers, Chatham announced on Nov. 29 it is raising its bid for the third time to acquire North America's largest commercial printer, as ranked by the most recent Printing Impressions 350 list of the largest printing companies.

Via a letter sent to the RRD's board, Chatham submitted a fully financed offer to acquire all of the common stock of publicly-held RRD not already owned by Chatham for $10.25 per share in cash. And, to avoid payment of a higher termination fee to affiliates of Atlas Holdings under RRD’s existing $2.1 billion merger agreement with Atlas, Chatham indicated in a press release that it reserves the right to modify its offer if the company does not declare Chatham’s offer a “Superior Proposal” by 5 p.m. ET on Wednesday, December 1, 2021.

The full (slightly edited) text of Chatham's letter to RRD’s board follows:

In response to the press release issued by R.R. Donnelley & Sons (“RRD” or the “company”) this morning that the company has received an offer from a strategic party to acquire RRD at a price equal to $10.00 per share as part of its “go-shop” process, Chatham Asset Management, the company’s largest stockholder and debt holder, is hereby submitting a revised firm, fully-financed all-cash offer to acquire all of the common stock of RRD not already owned by Chatham at a price equal to $10.25 per share.

Our revised offer is supported by a debt commitment letter led by Jefferies Finance LLC in an aggregate amount of up to $1.675 billion, a capital commitment letter from Chatham in an amount of up to $350 million, a rollover of all shares of common stock of RRD beneficially owned by Chatham, having a value of approximately $112 million based on our proposed purchase price of $10.25 per share, and the equitization and/or subordination into PIK instruments of up to $787.3 million of the aggregate principal amount of RRD’s outstanding notes that Chatham currently owns – which represents approximately 56.7% of RRD’s outstanding notes, including more than 50% of the company’s 6.125% senior secured notes due November 2026. Assuming all $787.3 million of the company’s outstanding notes are equitized or subordinated by Chatham, the company will reduce its annual interest expense by approximately $60.4 million.

We acknowledge that the company has declared us an “Excluded Party” under the terms of the merger agreement with Atlas and can negotiate with us through December 9, 2021. However, we urge the company to move more expeditiously with us to avoid payment of a higher termination fee to Atlas after such date. To this end, we reserve the right to modify this offer if the company does not declare us a “Superior Proposal” under the Atlas merger agreement by 5 p.m. ET on Wednesday, December 1, 2021.

In the spirit of moving the transaction documents into final form, we will send revised drafts of our merger agreement, capital commitment letter, debt commitment letter and non-disclosure agreement that we believe resolve all remaining items raised by the company’s counsel to date.

All other proposed terms set forth in our letter dated November 16, 2021, unless expressly revised and updated herein, remain applicable to this offer.

We look forward to your prompt response.

The takeover target responded in its own press release on November 30 that the RRD board of directors will carefully review and consider the Revised Chatham Proposal to determine the course of action that it believes is in the best interests of RRD and its shareholders.

Stay tuned, though, as this battle being waged for control of RRD remains fluid on, what has almost become, a daily basis.