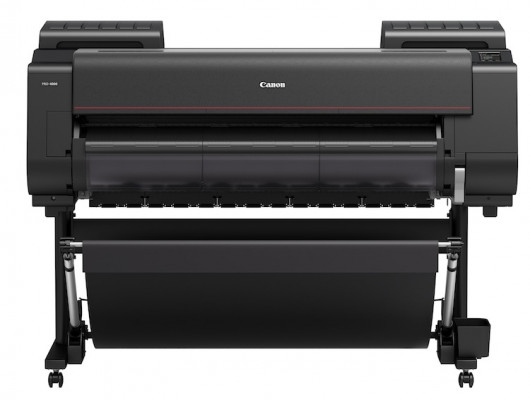 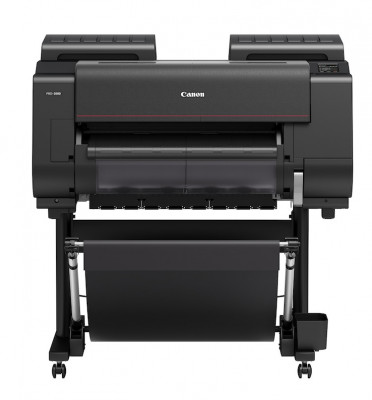 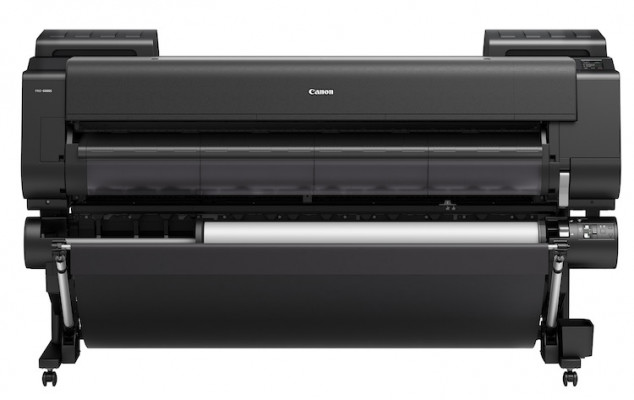 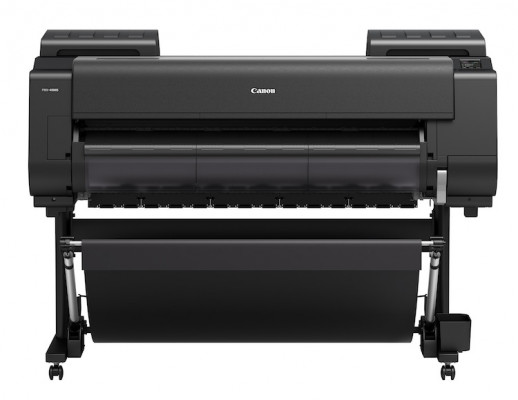 Continuing to deliver output solutions for photographers who are “equally obsessed" with the printed image, the imagePROGRAF PRO-4000 and imagePROGRAF PRO-2000 are 11-color plus Chroma Optimizer printers delivering the quality demanded by the fine art community. Complementing Canon’s professional line of DSLR cameras not only in their appearance, but also in their ability to create industry-leading imagery, these new models ensure a level of stunning Canon image quality from input to output, known as “Crystal-fidelity.” Mirroring the imagePROGRAF PRO-1000, the 11-color models are also marked by the distinctive Canon red line, echoing the same red line found on Canon’s EF L-Series lenses.

“From the time a photo is taken, to the time it is reproduced in print, imaging professionals require output solutions that accurately preserve the detail and vibrancy of that moment,” says Toyotsugu Kuwamura, senior vice president and general manager, Business Imaging Solutions Group, Canon U.S.A. “The new imagePROGRAF PRO Series models not only deliver an impressive and well-appointed design equal to Canon’s EOS digital cameras, but are also equipped with advanced technology features to faithfully reproduce high-quality photos taken by Canon’s EOS digital cameras with outstanding image quality.”

High Productivity
For increased versatility, a Multifunction Roll System comes standard in the eight-color, 60˝ model and is an option for the 44˝ and 24˝ models in the Series, marking its first appearance in a 24˝ imagePROGRAF printer. When used as a dual roll, the Multifunction Roll System will enable users to load glossy media in one roll and matte media in the other to seamlessly print to both rolls without needing to switch media or black inks. The Multifunction Roll unit will intelligently send the job to the correct media, automating the process and providing increased ease of use. The roll can also act as a take-up unit with bi-directional rewind, ideal for long, uninterrupted print runs.

All four new models feature the L-COA PRO processing engine for high-precision image reproduction and high-speed processing of high resolution data. The Sub-Ink Tank feature loved by users of the imagePROGRAF Series has been carried over to these new models, helping to reduce downtime and minimize costs by automatically enabling ink tank replacement during printing. The eight-color models utilize the same new 12-channel print head but the key colors of C, M, Y and MBk are arranged symmetrically in a mirrored arrangement, helping to realize high-speed printing, as well as high-color density.

Ease of Use
These new imagePROGRAF PRO Series models include several enhancements for increased usability, including a redesigned 3.5˝ color LCD touch panel, direct USB drive print capabilities and mobile connectivity. Users can now print PDF and JPEG files directly from a USB thumb drive for fast and easy printing without the need for a computer. The 3.5˝ LCD will render a preview of the file to ensure users are printing the correct file. Additionally, Wi-Fi (IEEE 802.11b/g/n) capability allows for smooth and easy connection to wireless LAN in office environments.1

User-Friendly Software
Further enhancing the user experience with these new imagePROGRAF PRO printers is the intuitive software solution of Print Studio Pro. With a focus on quality and ease of use, Print Studio Pro is a plugin for Adobe Photoshop, Adobe Lightroom(2) and Canon Digital Photo Professional software, to easily exports files directly to the printer(1). The Quick Utility Toolbox feature provides users with a portal to launch and control software from one central interface, and Accounting Manager is included to help photographers keep track of consumable costs such as ink and media, helping users to determine their overall printing expenses. Also included is Device Management Console, an administrative tool which provides users with the means to manage up to 50 imagePROGRAF PRO Series printers by monitoring activity such as error messages and printer information such as the execution status of calibrations, all from one location.

(1) Wireless printing requires a working network with wireless 802.11b/g or 802.11n capability. Wireless performance may vary based on terrain and distance between the printer and wireless network clients.

(2) Adobe Photoshop and Adobe Lightroom software must be purchased separately.

About Canon U.S.A.
Canon U.S.A., Inc., is a leading provider of consumer, business-to-business and industrial digital imaging solutions to the United States and to Latin America and the Caribbean (excluding Mexico) markets. With approximately $31 billion in global revenue, its parent company, Canon Inc. (NYSE:CAJ), ranks third overall in U.S. patents granted in 2015† and is one of Fortune magazine's World's Most Admired Companies in 2016. Canon U.S.A. is committed to the highest level of customer satisfaction and loyalty, providing 100 percent U.S.-based consumer service and support for all of the products it distributes. Canon U.S.A. is dedicated to its Kyosei philosophy of social and environmental responsibility. In 2014, the Canon Americas Headquarters secured LEED Gold certification, a recognition for the design, construction, operations and maintenance of high-performance green buildings.

†Based on weekly patent counts issued by United States Patent and Trademark Office.