C.J. Graphics Awarded Eight Benny's, Most Ever Received By a Printer 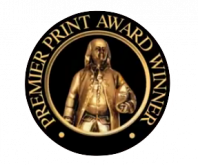 The Premier Print Awards are the printing industry’s oldest and largest worldwide graphic arts competition, hosted by Printing Industries of America. In its 68th year, the annual contest recognizes those responsible for the creation and production of superior print communications. The event promotes excellence in print communications and rewards companies and individuals who produce the very best in print media.

This year, more than 2,210 entries were received from printing and graphic arts firms from around the world, and judges awarded the Benny to the top entry in each category.

Prior to this year there has never been another company in Canada or the United States that has ever won this many Benny’s and more overall awards before.

Michael Makin, president and CEO of Printing industries of America, agrees. “The Benny winners represent the best our industry has to offer. This year’s entries were outstanding. There were entries from companies in eight countries. Despite the fierce competition, C.J. Graphics Inc., through hard work and dedicated craftsmanship, produced eight pieces worthy of the Benny.”

C.J. Graphics Inc. will receive their Benny’s at The Premier Print Awards Gala, which honors all the companies that had the top award conferred upon them. The 2017 Gala is scheduled for Sunday, September 10, 2017 at the Chicago Marriott Downtown, Magnificent Mile in  Chicago.

For more information about the Premier Print Awards, contact Michael Packard at (412) 259-1704 or mpackard@printing.org. 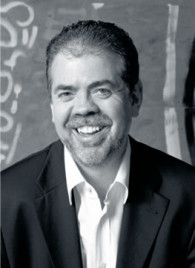 In 2015, Mandarino was named a Print Leader of the Year 2015. When Mandarino is not running running 30 different printing/large-format/display companies and donating his auctioneer services to over 60+ galas a year, he donates his time to his community:

"What's your Story" — a 2-minute segment that aired recently Nationally about our SKATEPARK project.

Ranked Number 173 on the most recent Printing Impressions 400 list of the largest printers in the U.S. and Canada based on annual sales volume, C.J. Graphics (a member of C.J. Group of Companies) reported $29 million in revenues for its most recently completed fiscal year, a 7% increase over the prior year. View the complete PI 400 rankings here.

Foil and UV Raise the Stakes