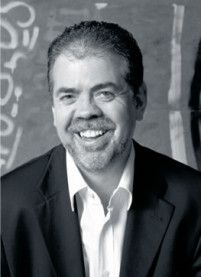 TORONTO — July 10, 2017 — The C.J. Group of Companies is proud to announce the addition of Clixx, one of the top mailing facilities in Canada, to its roster of 30 companies. "This acquisition is a great fit for our ever-expanding group of companies," says Jay Mandarino, president and CEO of the C.J. Group of Companies (CJG). "There is a lot of synergy between our two organizations. Quality and workmanship with exceptional service are paramount at both CJG and Clixx."

The acquisition adds a host of quality equipment and services to the group’s existing resources, increasing C.J.’s production capabilities and boosting its overall versatility. Clixx offers a full line of direct mail services such as digital variable data printing and binding, in-house data and postal technology, pick and pack, kitting and fulfillment, inserting, tipping, and many other customized services. "With direct mail increasing each year this will be a great addition and was the last missing link to having all solutions under one roof to better serve our clients," notes Mandarino.

Clixx began in 1986 as A&T Mailing Services and quickly established itself as a premier mail house for charities, fundraisers, and many corporations. It steadily grew its services and clientele throughout the years and was most recently acquired by WestRock in January 2016.

Sherwin Abrazaldo, a Clixx veteran, will head up the division and lead the move to its new home on 560 Hensall Circle. Over the next three months, the rest of the C.J. Graphics organization will also be relocating to the newly purchased 230,000-sq.-ft. state of the art facility. There will be no interruption to business during this time, and the move will make C.J. one of the only companies in North America with all 30 divisions operating in one facility.

Mandarino's philanthropic work has been acknowledged in many editorial articles, letters of praise and with numerous awards including two medals — the Diamond Jubilee Medal from Her Majesty Queen Elizabeth II and the Ontario Medal for Good Citizenship from the Lieutenant Governor of Ontario, recognizing individuals who, through exceptional long-term efforts, have made outstanding contributions to their communities.

In 2015, Mandarino was named a Print Leader of the Year 2015. When Mandarino is not running running 30 different printing/large-format/display companies and donating his auctioneer services to over 60+ galas a year, he donates his time to his community:

"What's your Story" — a 2-minute segment that aired recently Nationally about our SKATEPARK project.

Ranked Number 173 on the most recent Printing Impressions 400 list of the largest printers in the U.S. and Canada based on annual sales volume, C.J. Graphics (a member of C.J. Group of Companies) reported $29 million in revenues for its most recently completed fiscal year, a 7% increase over the prior year. View the complete PI 400 rankings here.

Foil and UV Raise the Stakes